Local members of the Armenian-American community want to bring awareness to a reignited conflict between Azerbaijan and Armenia that is happening north of Iran. 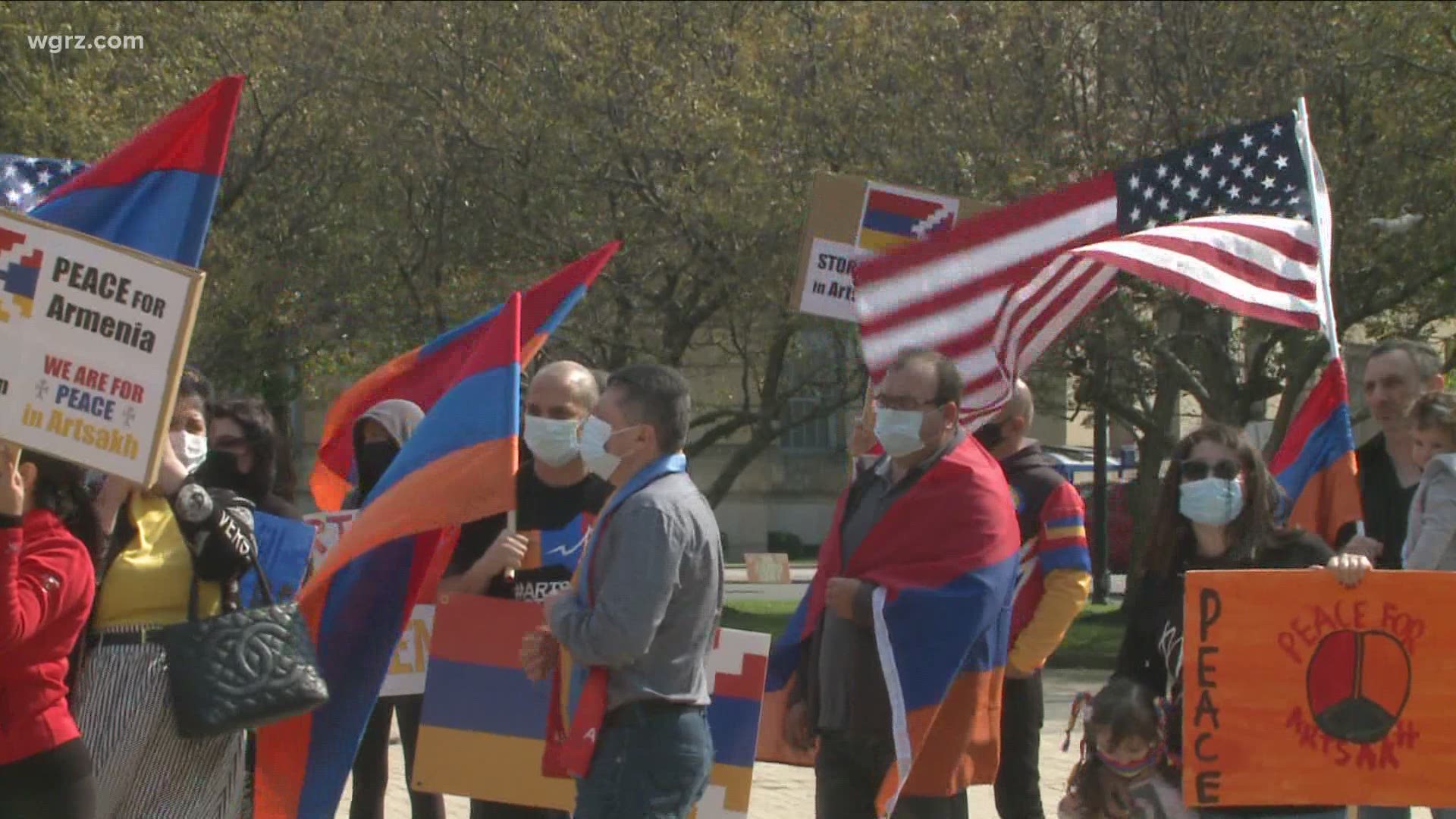 BUFFALO, N.Y. — Members of the Armenian-American community in Western New York gathered to protest and bring light to a conflict between two countries overseas, that they say is killing civilians.

Protesters Saturday afternoon in Niagara Square told 2 On Your Side that innocent people are dying and that they felt the need to bring attention to the atrocity of the war.

One protester at the event said he wants people in the United States to know that "civilians are being killed, that cluster bombings civilians, women and children is not allowed anywhere in the world."

In Buffalo, several dozen people came out to support the cause. Protests raising awareness of the conflict happened in other parts of the United States this week, including Phoenix on Thursday and San Diego on Tuesday.

Credit: AP
A man walks past a house destroyed by shelling by Azerbaijan's artillery during a military conflict in Stepanakert, self-proclaimed Republic of Nagorno-Karabakh, Thursday, Oct. 8, 2020. Armenia accused Azerbaijan of firing missiles into the capital of the separatist territory of Nagorno-Karabakh, while Azerbaijan said several of its towns and its second-largest city were attacked. (AP Photo)

The Nagorno-Karabakh region in Azerbaijan has an Armenian majority and has been in conflict for decades, according to the New York Times. The countries of Armenia and Azerbaijan border each other, to the north of Iran and east of Turkey.

Recently, the fighting rekindled on September 27, and the United Nations High Commissioner for Human Rights Michelle Bachelet has expressed concern for civilians in the area, and for the impact on nearby populated areas.

"I remind all parties to the conflict to uphold their obligations under international humanitarian law to protect civilians and civilian infrastructure," Bachelet said in a press release.

According to the Associated Press, the reignited fighting has "left hundreds of people dead in the biggest escalation of the decades-old conflict over Nagorno-Karabakh since a separatist war there ended in 1994."

A cease-fire was set to start Saturday at noon, but AP reports that both sides claim the cease-fire has been violated.