He’s one of the best scorers on the squad for the Eagles, and it’s something Coach Sweeney has seen improve year over year. 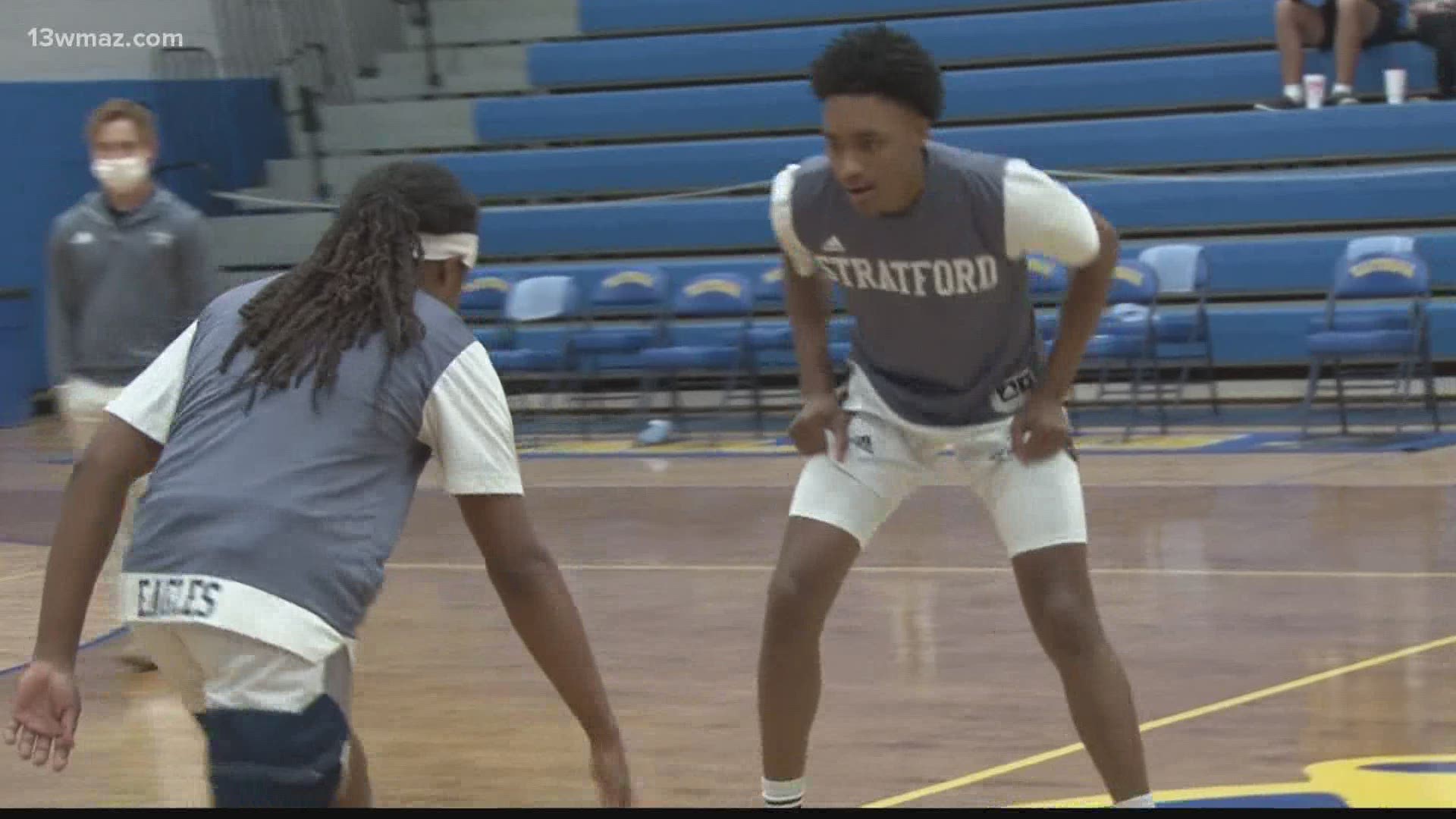 MACON, Ga. — This week’s Athlete of the Week is flying high… Isaiah Josey with the Stratford Academy Eagles.

Josey has waited patiently for his turn to lead the Stratford Eagles program, and now the reins are his as a junior under Sean Sweeney.

“I love Isaiah… I can’t say enough good things about him. It’s been fun to watch him grow being the young player to being the guy as a junior now when he’s got younger guys playing under him,” said Sweeney. “He’s just been a good leader for us this year.”

Leadership is something the 6’1” guard doesn’t take lightly and is how he best described his development as an Eagle.

He’s one of the best scorers on the squad for the Eagles, and it’s something Coach Sweeney has seen improve year over year.

“He's shooting it much better this year -- just his body has gotten so much better. When he attacks the rim, I don't think there's anybody better. He's long, he's athletic and he can finish at the rim,” said Sweeney.

Josey says that growth has come from constant work.

“I have a great work ethic, I love to work. That’s the only way you can get better is to work hard,” he said.

And as hard as he works on his own game, Josey works on building up his teammates too.

“Talking to them, communication. That's the most important thing, communication,” said Josey. “I think I've been doing a great job. We just have to continue to work in practice.”

“He does a great job on the court, facilitating the ball, but watch him when he's not in the game. He's a great teammate,” said Sweeney. “We've had the chance to get up in a few games this year and he's hooting and howling like it's the NCAA championship, high school state championship game on the bench for his teammates who don't get to play as much. You love to see that as a coach.”