The encounter was captured on live TV and APD has also released bodycam video related to the incident.

ATLANTA — Two Atlanta college students are still in shock after a frightening encounter with officers that led to them in police custody on Friday night.

Attorneys for Taniyah Pilgrim said the Spelman College student was tased by Atlanta Police and yanked from the passenger side of the car she was riding in on Saturday night in Atlanta. Behind the wheel was Messiah Young, who was also tased by police. The encounter was captured on live TV and APD has also released bodycam video related to the incident.

Investigators Ivory Streeter and Mark Garder were both let go from the department and three other officers were placed on desk duty.

"He did the worse thing," Pilgrim said about one of the officer's actions. "Walking me and Messiah off he said that he was going to shoot us. This is stuff that shouldn't be said after all the trauma."

"This is the most traumatic thing that has ever happened," Pilgrim said as she explained she hopes it never happens again.

Young said that what happened that night had bigger meaning than just those terrifying moments.

It was around 9:30 p.m. Saturday when Atlanta Police officers were seen on video pulling a young man and woman out of a car. 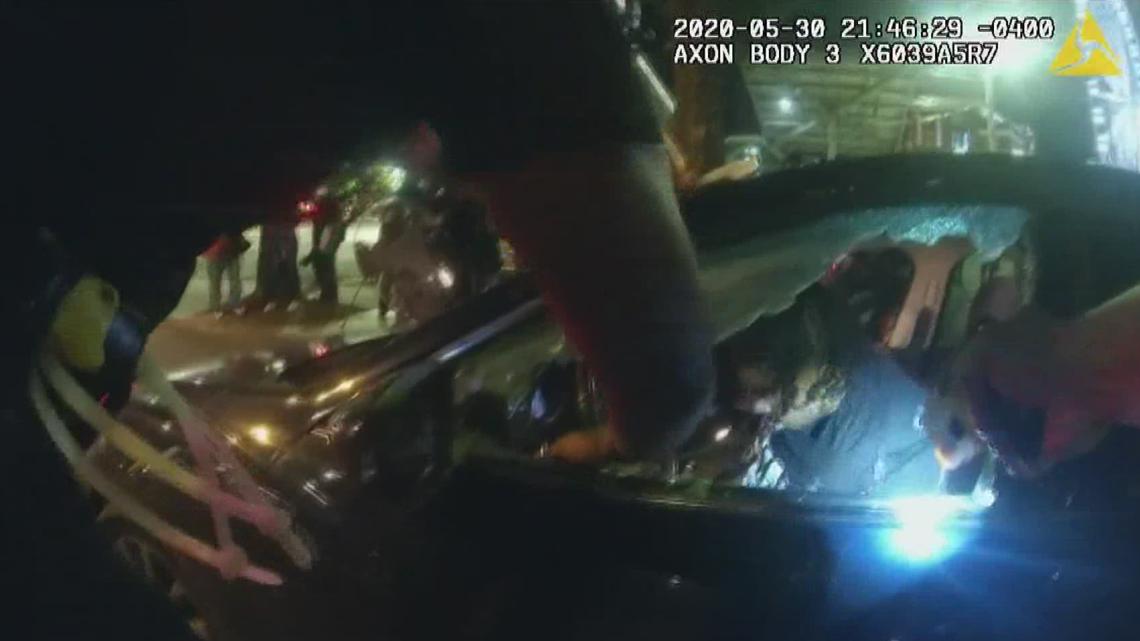 This is what body camera video shows from the arrests of 2 college students during Atlanta
"There was clearly an excessive use of force," according to Atlanta Mayor Keisha Lance Bottoms. ATLANTA - Two Atlanta Police officers have been fired and several others are on desk duty after videos showed the concerning arrests of two college students amidst protests in Atlanta Saturday night.

An officer at the scene - who was in Atlanta Police gear - told 11Alive crews on the scene that officers signaled the car to stop because another officer was in the road. The officer said when the driver didn't comply, police surrounded the car.

That same officer alleges the driver reached for something in or near his pocket. The passenger, the officer said, was told to get out of the car. He alleges that she didn't comply, and that's when they forced their way in. The driver was tased, and both were taken into custody.

After the video, which 11Alive's cameras also captured, was shared online, Atlanta Mayor Keisha Lance Bottoms said she saw it and was immediately concerned. She called the video "deeply disturbing on many levels."

Following the harrowing ordeal, Young said that he felt it was a blessing he was alive but also that the backing of the community brought him comfort.

"It feels good to know that I have a support system that understands the severity of this and understands that change does need to come," he said.

Since the arrest, criminal defense attorney Gary Spencer has taken up handling any criminal charges Young received in the incident pro-bono. Spencer was also on the team who represented Basil Eleby after allegations that he was responsible for causing the fire that destroyed a section of the I-85 bridge years prior.