Mayor Bottoms said that she is mobilizing additional resources to help with the restoration of power and other services. 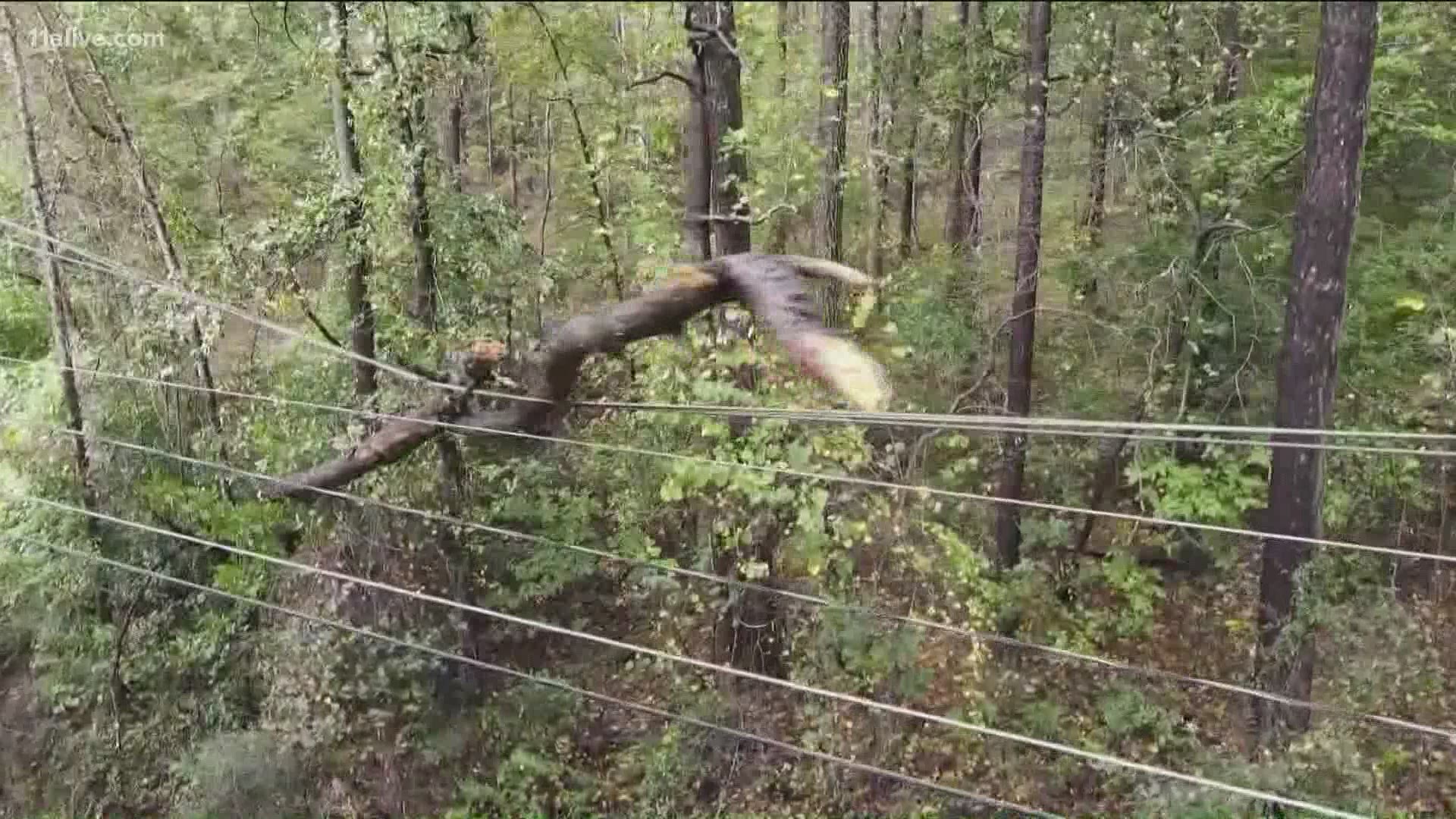 ATLANTA — Atlanta Mayor Keisha Lance Bottoms issued an Executive Order on Saturday afternoon declaring a state of emergency due to damage in some areas from the fury of Tropical Storm Zeta that passed through the region early Friday morning.

According to a release from the city, a record number of 357 trees had been reported to have fallen within the city limits as of Saturday. Of those, they said, 60 of the trees were confirmed to have struck power lines so far.

The Mayor's release said that the number was expected to increase as inspections continued throughout the city.

The executive order mobilizes additional resources and employees to assist in recovery efforts across the city.

They said that the city will engage contract crews starting with the upcoming week to assist power companies in the restoration of residential and commercial utilities. Priority areas, they said, include main transportation corridors and healthcare facilities.

"Declaring, in accordance with Section 2-181 of the City of Atlanta Code of Ordinances, that there is an emergency in existence within the jurisdictional limits of the city of Atlanta as a result of damage from the unusual or extreme weather condition of Hurricane Zeta which has made the use of city streets and areas within the city of Atlanta difficult or impossible and has caused the stoppage or loss of electrical power affecting major portions of the city of Atlanta; and exercising my emergency power to use employees of the city and to devote additional city resources to assist in mitigation of the damage caused by Zeta as circumstances demand," Bottoms' order read, in part.

The emergency order will remain in effect for the next 72 hours or through the time of the next meeting of the Atlanta City Council, the order said.