Authorities look to ID, question 2 men who may have 'vital information' on Wendy's arson

The Atlanta Fire Department released photos of two men today on social media, two days after releasing a photo of a third person. 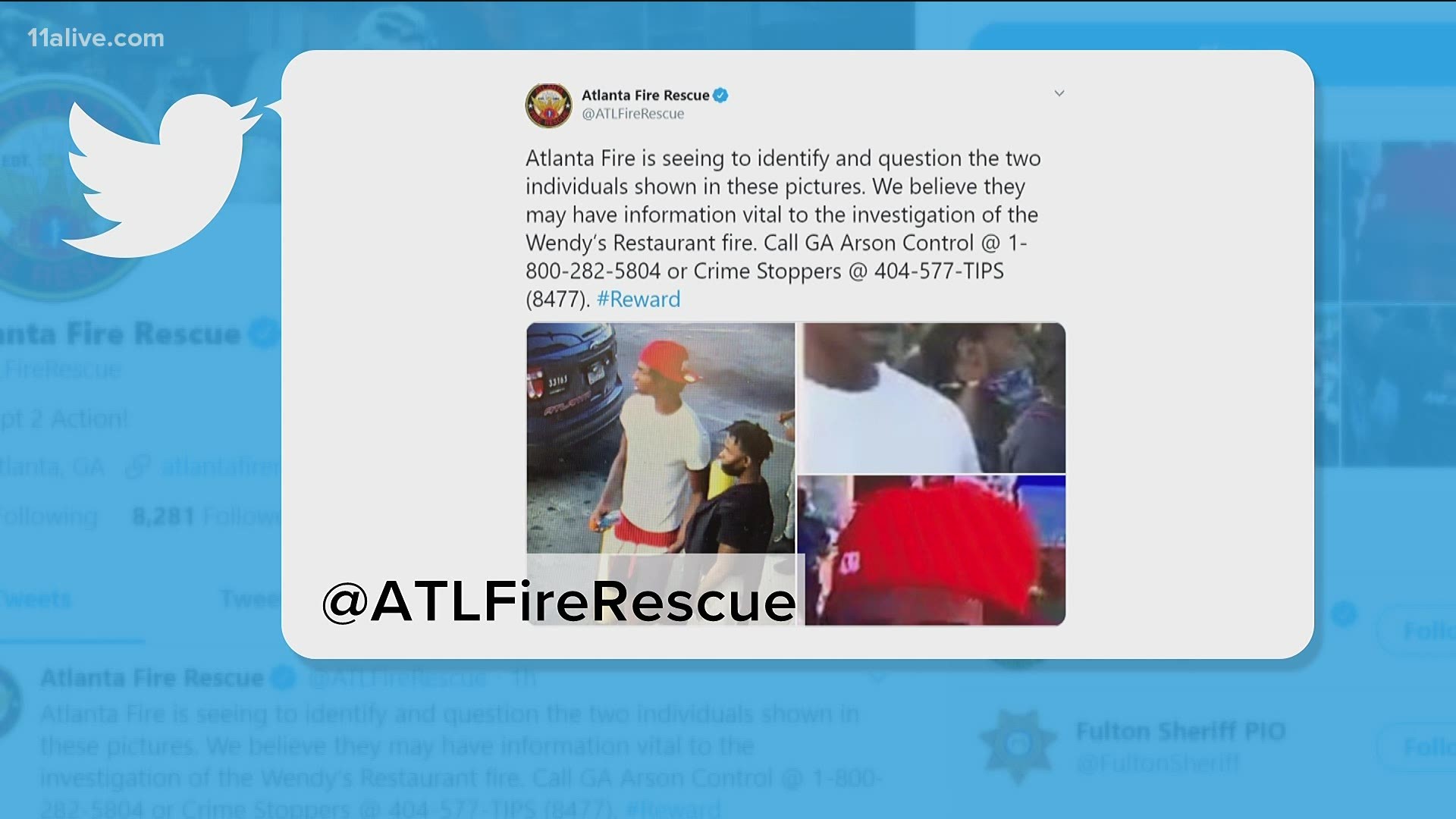 ATLANTA — Atlanta Fire officials have released photos of two more people who they want to identify and question in reference to the Wendy's arson following the death of Rayshard Brooks on June 12.

"We believe they may have information vital to the investigation," they said on social media.

The post used the hashtag #reward, but did not specify how much that reward would be.

On Monday, the department shared photos of a man they said may have "vitial information" related to the fire. It is not clear if they have made contact with that person. They said a reward of up to $10,000 has been offered for information leading to locating him.

Natalie White, 29, was arrested and charged with arson last week in connection with the fire that destroyed the Wendy's in southeast Atlanta.

She was released on $10,000 bond under conditions of house arrest, wearing an ankle monitor and not using social media.

Photos of White had previously been posted to social media by fire officials and law enforcement before she was arrested.