Christopher’s Bakery is named after Christopher Harris, who died when he was just 10 years old. 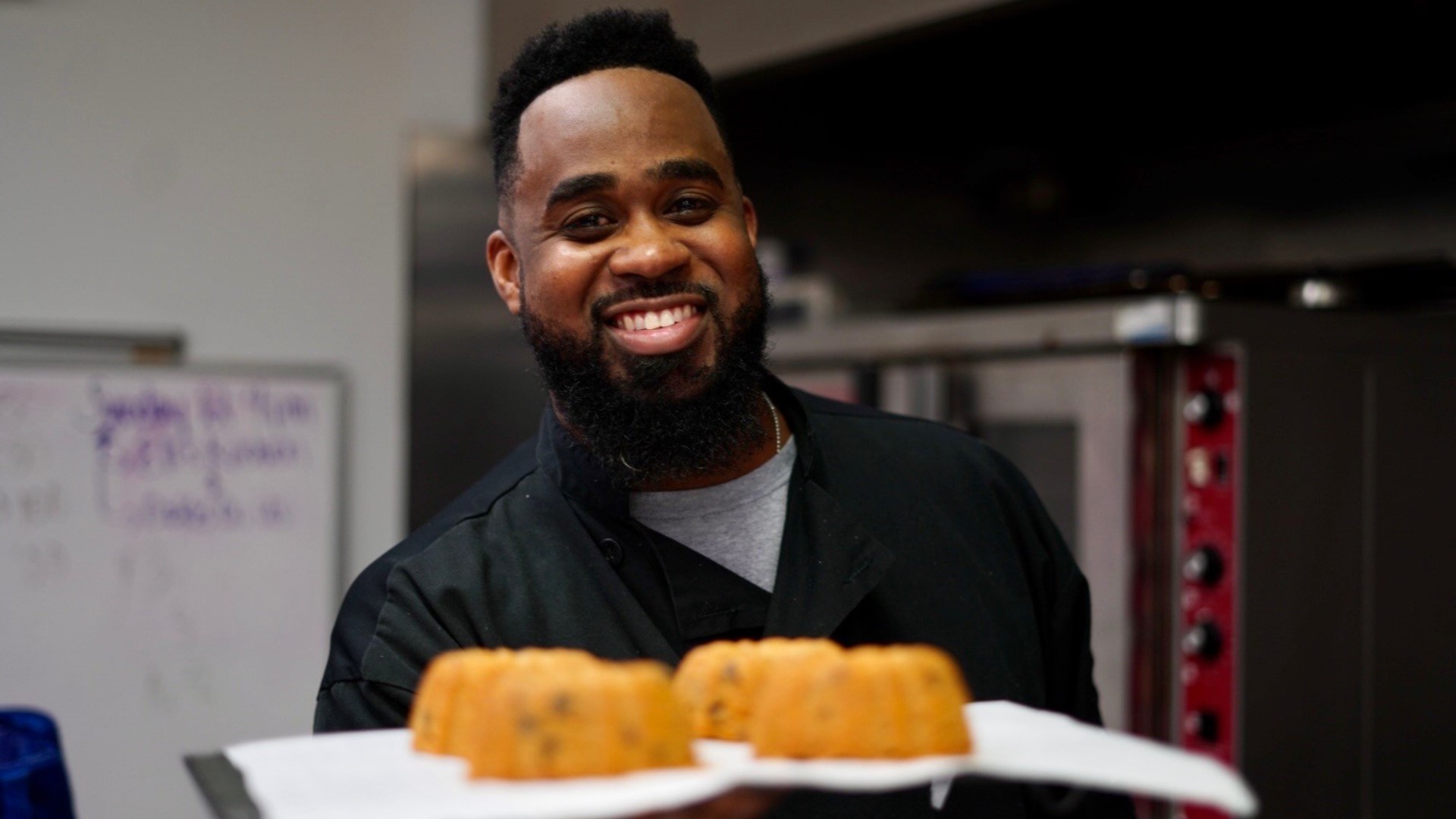 IRVING, Texas — Every chef or baker has a signature dish – it’s usually one they love to make and everyone else loves to eat.

And it’s a family tradition.

“It’s made from vanilla wafer cookies with a bunch of fun ingredients in it. But we don’t use any additional flour. The cookies have to be ground up very fine,” Harris explained.

His father was known all over the Miami neighborhood where he grew up for baking, and gifting, the same cake.

It is now the best seller at Christopher's Bakery, which was just named the best bakery in D-FW by The Dallas Morning News.

It's not Thursday, but we're still throwing it back to last Sunday when we were named the Best Bakery in all of DFW!! pic.twitter.com/nhUHXjratg

And no, his name isn’t Christopher.

Christopher was his brother, who suffered a fatal epileptic seizure just days shy of his 11th birthday.

“You’d never know there was something wrong with Christopher. You’d never knew there was any disability whatsoever,” Courtenay said. “He was always smiling, always happy, and always wanted to bring joy to others.”

Courtenay was only 16 when his brother died.

“When I was a teenager and I was watching my brother go through his battle with epilepsy and having seizures, I always wanted to figure out a way to help people who were diagnosed as epileptic and their families,” Courtenay said.

Courtenay is a full-time teacher at Grapevine High School.

He runs Christopher’s Bakery as an online shop on the side.

It is a one-man operation with no brick-and-mortar location.

He rents space at an industrial kitchen in Irving, does all the baking himself, handles local deliveries by himself, and boxes and ships orders all across the country – also by himself.

And things have gotten a bit busier since being named best bakery.

“I was shocked,” Courtenay said.  “I couldn’t be more happy and more grateful.”

Some of Courtenay’s best memories of his brother are of times when their dad was in the kitchen of their Florida home.

Their father, also a full-time teacher, would make noise at night when he was crushing up vanilla wafers to use in the family’s famous cake.

They couldn’t afford a food processer so, “he would seal them in a baggie and then use a rolling pin to just absolutely beat them.”

Courtenay and Christopher knew if they heard that sound a vanilla wafer cake was coming.

And their favorite part was licking the batter from the bowl.

“He and I both loved that batter,” Courtenay said.

Through the years, Courtenay worked to perfect the recipe.

He donates a portion of Christopher’s Bakery profits to neuroscience and epilepsy research as well as the children’s hospital in Miami that worked so hard to save his brother.

“Everything I’ve done has been in his memory, his honor and he’s always on my mind when I’m doing this,” Courtenay said.

“When I do something wrong, it’s, ‘Sorry, Christopher. Let’s do that again.’  And when I get to a place where things are good and I get even the smallest bit of notoriety or recognition, it’s not for me it’s for my brother.”