Reva Alexander-Hawk has made several appearances on the network and come home with a few wins, too! 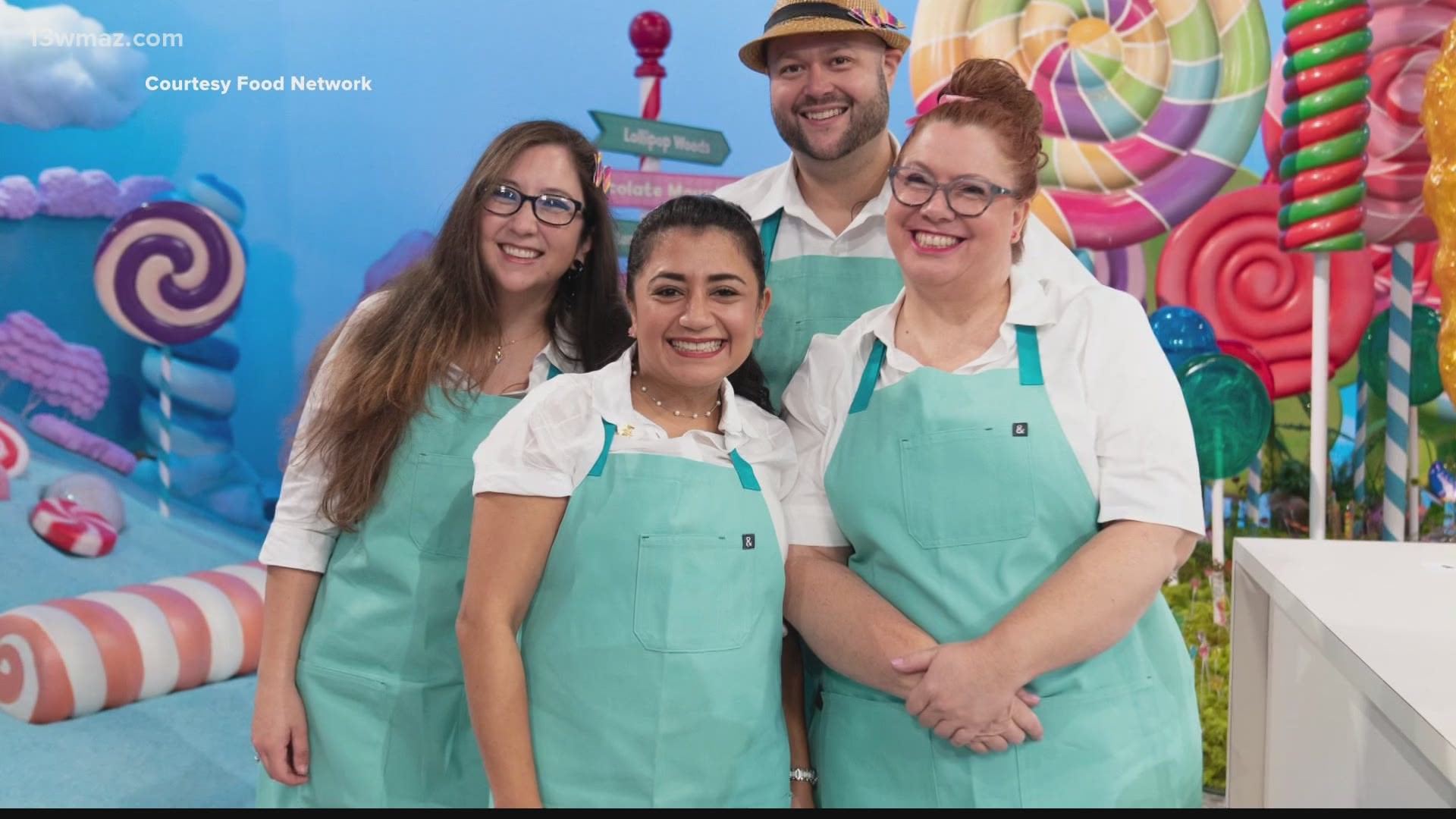 EATONTON, Ga. — A woman who lives in Eatonton regularly jets out of town to be a contestant on Food Network shows.

Her latest adventure has her sculpting cakes with her teammates on a show named Candy Land.

Cake artist Reva Alexander-Hawk started her baking career as a kid in the Girl Scouts.

She’s had a pretty sweet life. She was originally born on the West Coast and has since compiled quite the resume of Food Network appearances.

Now, she’s got a gig on Candy Land, named after the childhood board game. A lot of the show’s set is edible too.

“The surprised look on our faces is true because it was overwhelming… so brightly colored,” she recalled.

She’s taped shows all over the country, but she says it’s peaceful coming back to the Lake Oconee area where folks have adopted her as one of their own.

She even served as the Grand Marshal for the area’s Christmas parade last year.

“Sometimes I’ll be in the market and they’ll look at me and say, ‘Why do I know you?’ but everyone in my church is like, ‘It’s Reva and she’s on TV again,’” said Alexander-Hawk.

She doesn’t mind the attention because the 51-year-old is doing what she loves – baking – although she does admit she has a love-hate relationship with sugar.

Though we may not need the sugar, we sure do enjoy watching folks create things out of it.

With that in mind, Alexander-Hawk wants to take her Food Network career even further by hosting one of the shows or being a judge.

You can watch her compete on Candy Land this Sunday at 9 p.m. on Food Network.