The company says it employs about 500 people in Washington and Wilkinson counties. 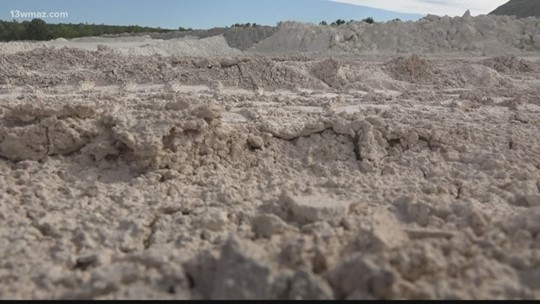 GORDON, Ga. — One of Wilkinson County's largest employers may have a new owner soon. KaMin LLC purchased the BASF company's kaolin-mineral business, according to a news release from KaMin.

BASF, a Germany-based chemicals company, says they employ around 500 people in Central Georgia. They're selling plants in Gordon and McIntyre, and mines and mills in Toomsboro and Sandersville.

The company mines kaolin, a white, chalky mineral, at various sites and processes it in Wilkinson County. It's used in paint, rubber, plastics, paper and other products.

BASF also says it owns or leases around 38,000-acres in Central Georgia, which is about five times larger than Robins Air Force Base. They've been operating here since 1907.

13WMAZ reached out to both BASF and KaMin to ask how the sale would affect their workers here; company officials did not respond.

RELATED: An inside look at a Washington County kaolin mine