Two deadly shootings have happened near the downtown Macon bar in the last year. 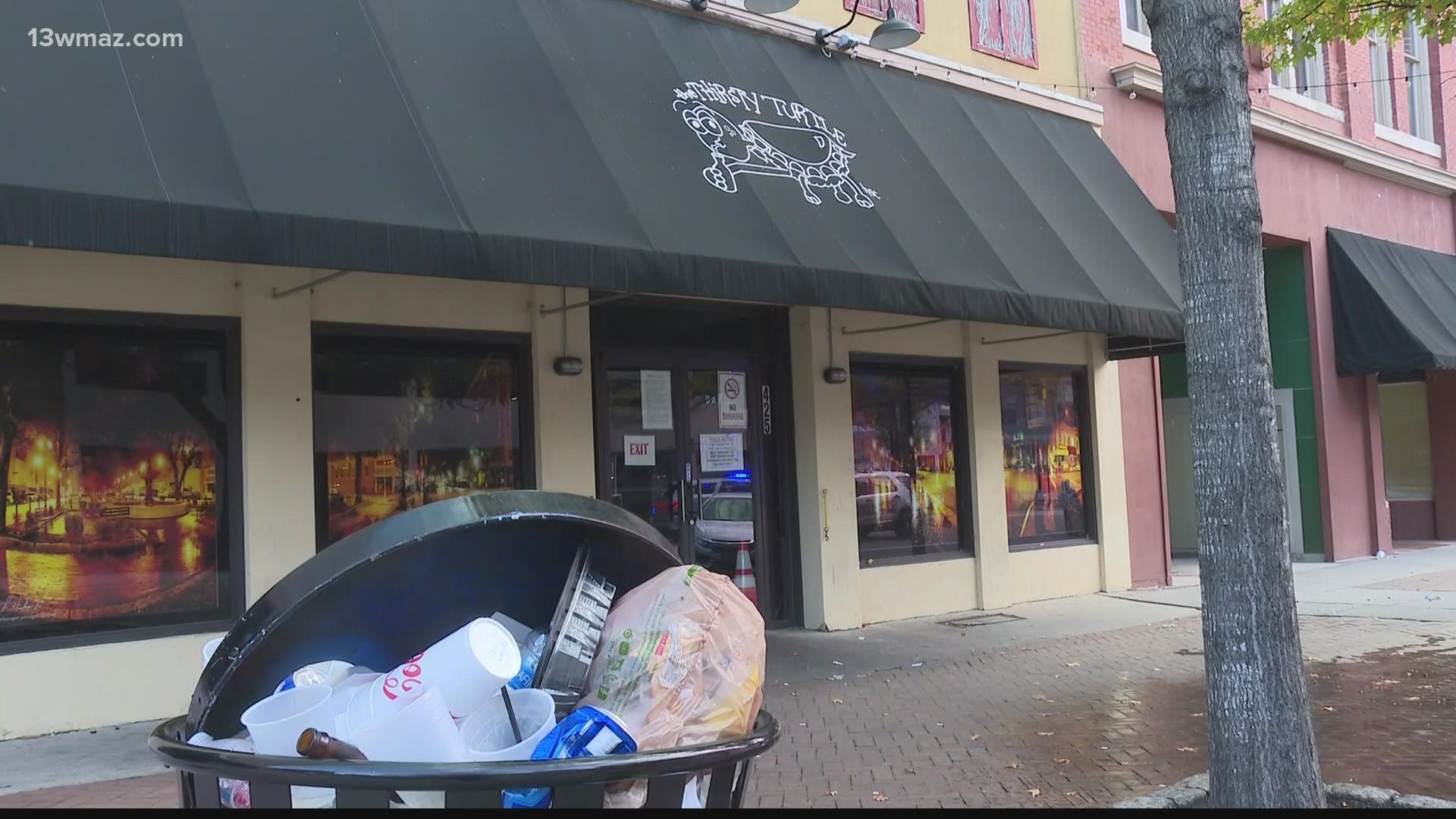 MACON, Ga. — The Macon-Bibb County Commission is set to discuss the future of the Thirsty Turtle and whether it will be able to re-open.

It comes after two deadly shootings near the downtown Macon bar in the last year.

On Black Friday 2020, a shooting along Cherry Street left one woman dead and seven others injured. The Bibb County Sheriff’s Office says it started with a fight either inside or outside of the Thirsty Turtle.

They say a vehicle drove down Cherry Street, shooting into the crowd of people outside the club.

The commission didn’t act in that instance, so the bar received its license back.

Then, this summer, another shooting on Cherry Street that left two people dead and two others injured.

Sheriff Davis says a fight began near the Thirsty Turtle. Shots were fired and then the chaos moved down the street toward A Brooke Haven Lounge.

“We had a fight inside. We pushed them outside and apparently someone was waiting on the corner of Cherry Street with a gun already. As the fight from the club came outside, it kind of intertwined with what was going on outside,” said Thirsty Turtle general manager, Matthew Obelgoner.

The sheriff’s office suspended the bar’s alcohol license again after that shooting in July.

On Tuesday, the commission will consider if they’ll return the bar’s license or permanently close the establishment based on what the sheriff’s office found in its investigation.

Mayor Lester Miller declined to comment. 13WMAZ also reached out to the owner of the Thirsty Turtle, Tim Obelgoner, and general manager Matt Obelgoner. They did not respond.