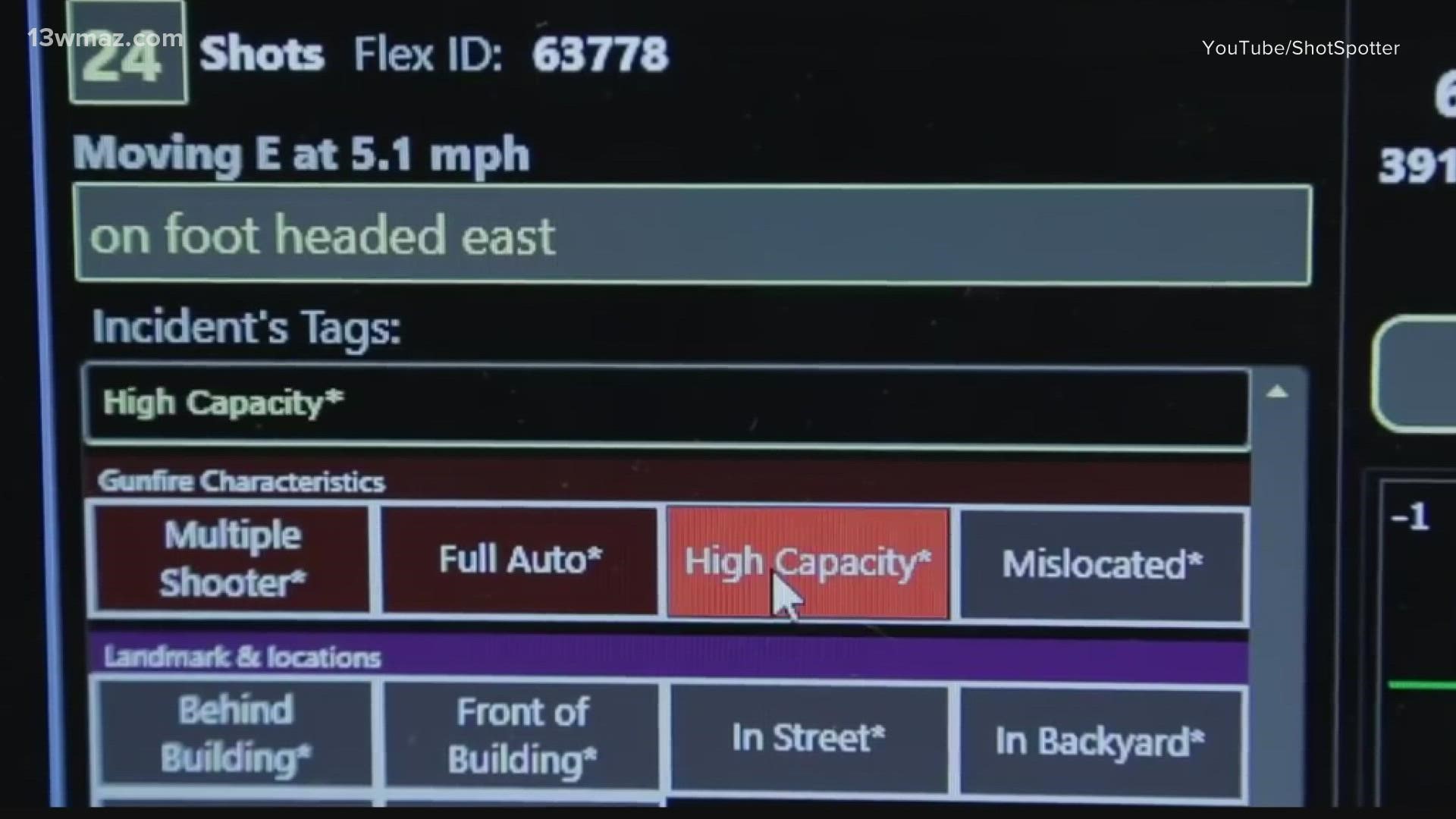 ShotSpotter will place acoustic sensors at spots around the county that would pinpoint gunfire, and alert 911 dispatch and the sheriff's office.

Sheriff David Davis says it would be placed in spots of town with the highest number of shots fired calls.

The sheriff and mayor say this new technology pairs with resources they already have, like surveillance cameras and the NIBIN system, or the National Integrated Ballistic Information Network.

It would cost the county nearly $500,000 a year for a four-year contract, but their contract says that would cover only seven square miles out of Bibb County's 255 square miles.

The new technology would also document where shots are fired -- looking at the past 24 hours, three days, and seven days.

“Now the Sheriff now knows where to deploy those resources more effectively. That is data driven, intelligence led, and bias free,” said Ron Teachman, the director of public safety solutions for Shot Spotter, speaking about where to station deputies in parts of the county.

The commission heard the presentation Tuesday morning from the company in a committee meeting. They decided to call a special-called meeting Tuesday afternoon to vote on the item early.

Commissioner Virgil Watkins Jr. noted the rush to vote on the item. He says after hearing the sales pitch from ShotSpotter, he received more information looking at other cities’ experience with the new technology company -- looking at reports from Chicago in 2017, 2018, 2020, 2021 and the accuracy of the technology.

“I would have loved to be able to read this prior to the vote, which would have happened on a regular day. This just got sent to us at 12:24 p.m. after we discussed this for the first time this morning,” Watkins said. “But we will make our decision on ShotSpotter with none of this information which, again, this seems inappropriate.”

Sheriff Davis says the goal is to have the system installed by the end of the year.

Mayor Lester Miller said in an interview with 13WMAZ in July that based on data from other cities, ShotSpotter could cut down on gunfire by 30-40% and increase the number of cases solved.