Under the proposed resolution, inmates eligible to be released include those charged with parole violations or with nonviolent offenses. 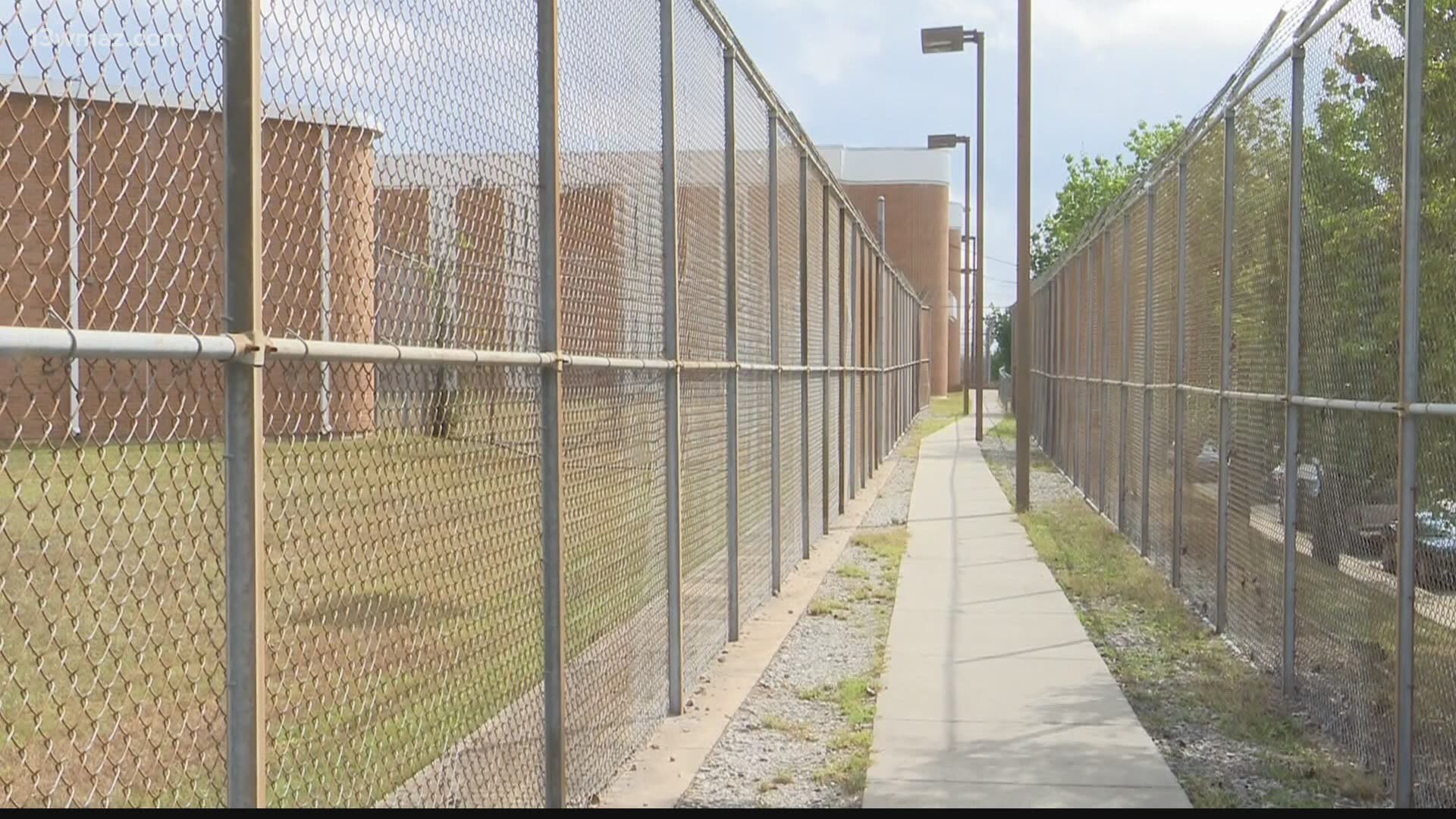 MACON, Ga. — Four Macon-Bibb Commissioners want the county, courts, and the sheriff's office to work to reduce the amount of people in the Bibb County jail.

The commissioners are considered about court delays and overcrowding during the COVID-19 pandemic.

Last month, images circulated on social media of inmates lying on the floor, not social distancing in a quarantining pod.

Commissioner Virgil Watkins and three other commissioners introduced a resolution Tuesday to cut down the number of inmates in the Bibb County jail.

He says the county is holding too many people and in "horrible conditions," Watkins said.

Under the proposal, some inmates would be released from jail, including those charged only with parole violations or with low level or nonviolent offenses.

The four commissioners also want to release pregnant offenders, those with less than 60 days left in their sentences, inmates over 60 years old, and those with low bond amounts.

But Sheriff David Davis says his jail is not overcrowded.

Davis estimates that 93 percent of those inmates have been charged with serious felonies.

However, Davis says the county should talk about reform.

"Parole violations and some of the aspects that they talked about in there, some of the technical violations, or for failure to report, and those kinds of things, giving them other options for probation to report. That is something that can be considered. I've often said that, you know, probation is one of the things that is holding a lot of people in our jail," Davis said.

Davis says about a third of the inmates they're holding are for probation violations.

Commissioners are proposing suspending probation warrants for the following: failure to report, technical violations, new misdemeanors and/or nonviolent felony charges where there is no imminent threat of harm to the victim, and violation of mobility restriction conditions like with house arrest or ankle monitors that limit locations.

The sheriff says earlier in the pandemic, his office released at least 20 or more inmates who were older in age and/or had health problems. He added that they have always worked to release pregnant inmates if they didn't commit a serious crime.

Davis says the sheriff’s office just acts as the holding facility, so this proposed reform will need the support of the court system.

13WMAZ reached out to District Attorney Anita Reynolds-Howard’s office. Her spokesperson, Keisha Carter, says the office does not have any comment about the proposed resolution at this time.

The Committee of the Whole did not vote on the resolution Tuesday. It's scheduled to be discussed further in commission next week. Mayor Lester Miller said in the commission meeting that he would talk to Sheriff Davis about speaking to the commission.