Sheriff David Davis says the Bibb County jail does not have an overcrowding issue, but thinks there needs to be a conversation on bail reform 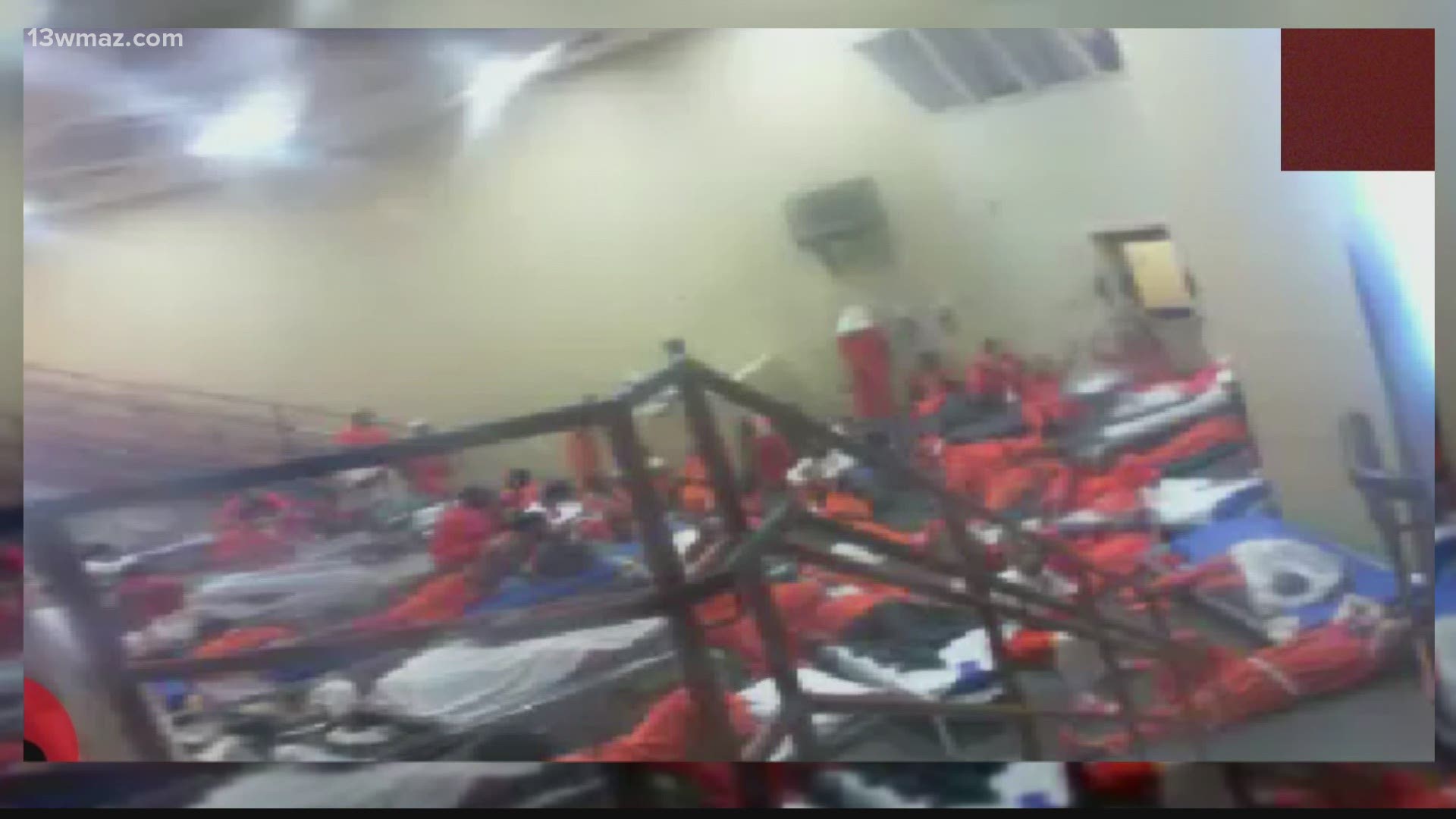 MACON, Ga. — Editor's Note: The video in this story is from a Jan. report on photos that showed alleged overcrowding at the Bibb County jail.

Four Macon-Bibb County commissioners are proposing immediate action from the county, court system and the sheriff’s office to reduce the jail population because of COVID-19.

Watkins says there needs to be a conversation about conditions in the Bibb County Jail.

This comes after photos circulated of overcrowding in one of the quarantining pods in the Bibb County Jail. Watkins says the county needs to cut down on the amount of people inside the jail, particularly because of the court delays due to the pandemic.

Sheriff David Davis says the Bibb County jail does not have an overcrowding issue. As of Tuesday morning, the jail had 836 inmates, according to Davis. The jail has a 966-inmate capacity.

Davis says of those inmates, an estimated 93% are felons charged with serious crimes. However, he says a third of the inmates they’re holding are for probation violations.

Davis says earlier in the pandemic, the sheriff’s office released inmates who were older in age and/or had health problems. He added that they have always worked to release pregnant inmates if they didn't commit a serious crime.

Although he says he doesn't believe the jail is overcrowded, he does think there needs to be a conversation on bail reform, including for inmates being held on probation violations.

The resolution proposes suspending probation warrants for the following: failure to report, technical violations, new misdemeanors and/or non-violent felony charges where there is no imminent threat of harm to the victim, and violation of mobility restriction conditions like with house arrest or ankle monitors that limit locations.

Davis says the sheriff’s office just acts as the holding facility, so this proposed reform will need the support of the court system.

13WMAZ reached out to District Attorney Anita Reynolds-Howard’s office. Her spokesperson, Keisha Carter, says the office does not have any comment about the proposed resolution at this time.

We’ll update this story as more information is available.