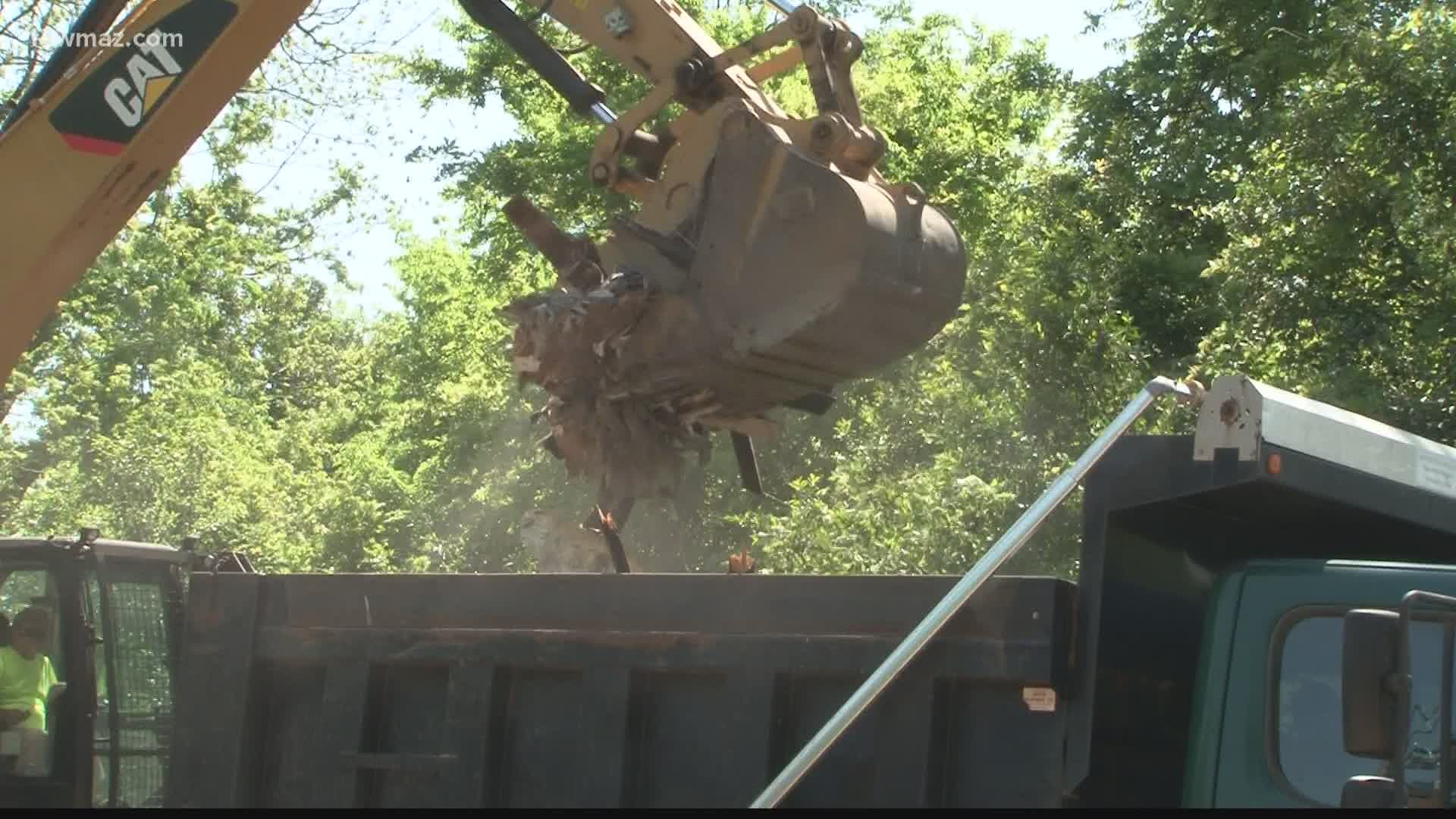 Mayor Lester Miller, Macon-Bibb County commissioners, and several city departments gathered on Pinson Street in south Macon to mark the start of the next wave.

Public Works performed the demolition of the houses while the Solid Waste department handled the illegal dumps. Parks and Beautification handled the litter and grass cutting, and the Fire Department kept the dust settled.

Miller says they've cleared seven houses to be torn down from a county list of unsafe abandoned homes. He says dozens more are now on their waiting list, or being considered to get torn down.

"I think it provides hope to the community," Miller said. "I think it also provides an opportunity to help our most vulnerable areas in Macon-Bibb County and that's what we're doing today, but it's also going to lift them up out of poverty. We believe there's going to be houses that are going to built here. It's going to increase the people that live in this area so they can take care of this area. [It's] also gonna increase opportunities for jobs and building"

Miller says the city plans to demolish 30 blighted houses in the next 30 days.