Documents: Bibb County commission candidate has history of protective orders against him 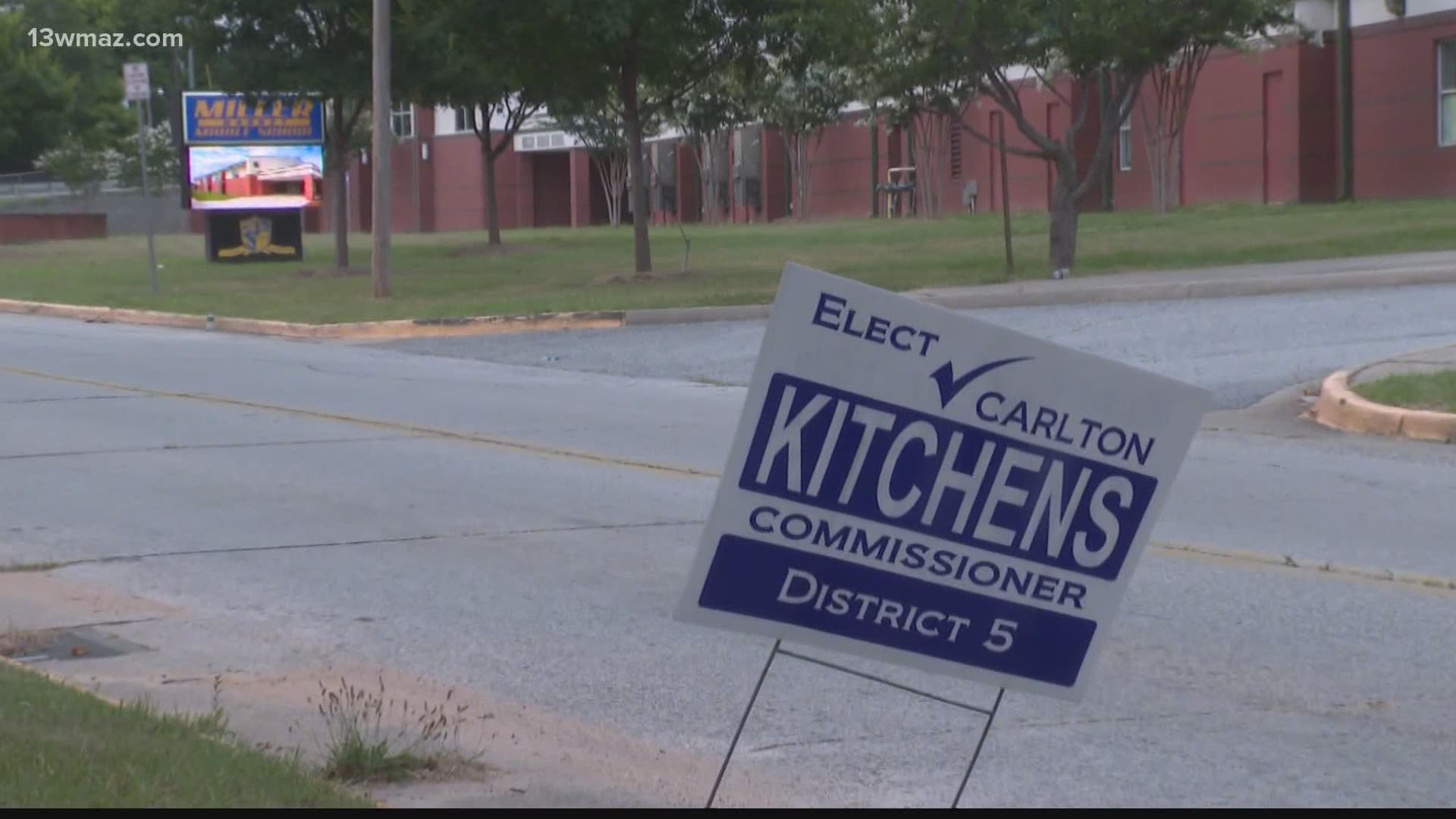 MACON, Ga. — Bibb County court records show that three women have sought protective orders since 2006 against a candidate running for a county commission seat, and judges have issued at least three protective orders against him.

The first family violence order against Kitchens was requested by the mother of his children. The woman’s complaint says Kitchens waited outside her mother’s home, then followed her to Walmart.

There, she claimed that he grabbed her arm and said, “I will kill you if I see you with anybody else.”

The complaint claimed Kitchens followed the woman to Northeast High School. A Bibb County judge signed off on the protective order, banning Kitchens from the school campus.

The same woman filed another complaint in 2009.

It says Kitchens followed her to her children’s school. The judge’s order banned him from Miller Middle School and from the home where the woman and children lived in the Lake Wildwood gated community.

The woman’s petition claims that he carved an expletive and the words “Leave that girl alone” into a man's car with a knife.

Then, in May 2018, court records show that a different woman complained that Kitchens repeatedly sent her text messages. A judge dismissed that petition for lack of evidence.

Later that year, a third woman filed a complaint, saying he also stalked her at the restaurant where she worked and sent repeated messages.

After a hearing, a different Bibb County judge found that Kitchens had willfully stalked the woman. Judge Phillip Raymond approved a 12-month protective order against Kitchens, which expired last October.

13WMAZ asked Kitchens about the complaints and protective orders.

He responded by text saying, “All of these allegations are erroneous. This is a desperate attempt by my opponent to sway voters because of the great things that are happening in the Kitchens campaign.”

But Seth Clark, Kitchens' opponent in the Aug. 11 runoff said, “These are not allegations I’m making. These are allegations women have made and received protection from the court from my opponent.”

Clark says he pulled public records on the orders and published them all online for the public to see.

“People started voting and I couldn’t in good conscience sit on it anymore,” said Clark.

When 13WMAZ asked Kitchens to speak to us on camera, he said he’d have no further comment beyond his statement, but that he wants to talk about what the city needs from its elected officials.

The orders resulted from civil proceedings, and Kitchens has not been charged with any crimes as a result of these complaints.

According to county records, he was arrested for allegedly violating one of the orders against him in 2018, but Bibb County Solicitor Rebecca Grist says that charge was dropped and she said the arrest likely resulted from a "misunderstanding."

VERIFY: Lester Miller has not participated in debates, forums against Cliffard Whitby since primary