Miles Terry graduated in Westside High School's Class of 2019, and three days later he landed a job with Bibb County Schools as a carpenter 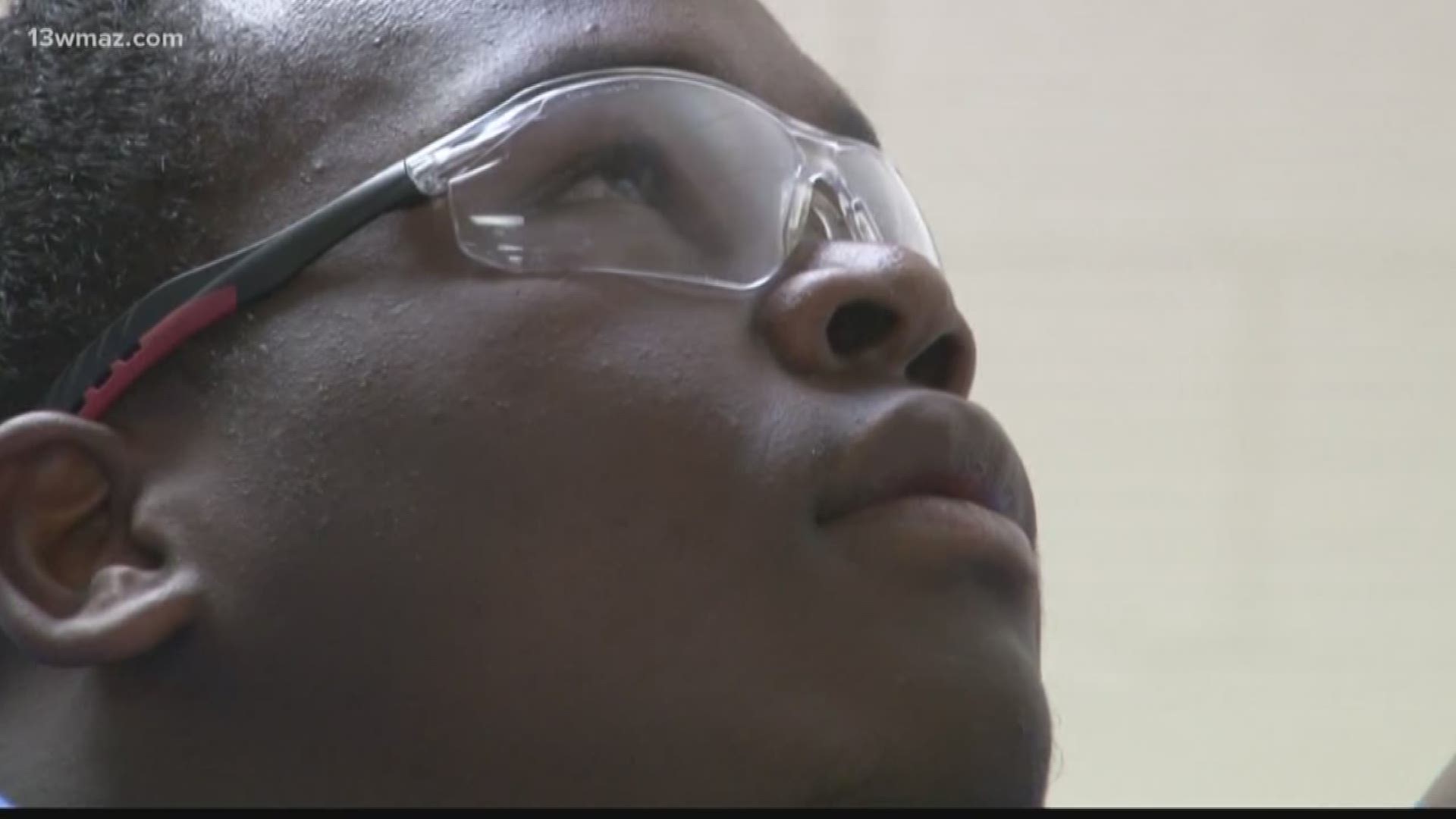 "I was raised by a single mom. Four boys, single-mom household, but growing up my mom always told me to work hard and to work harder than everyone else around me," Terry said.

They moved from Michigan to Illinois before finally settling in Macon, before his junior year of high school had its own challenges.

"In the beginning it was, but once I began to learn my teachers and began to learn the opportunities that would be presented to me, I began to take advantage of everything that was given to me," he said.

With the help of his mentors and Cassandra Washington, head of the district's career training program, he found out about dual enrollment at Hutchings College and Career Academy.

"He kind of came in with a plan in mind knowing he wanted to do something with his hands and be involved in a construction pathway," Washington said.

Until May, he was a student of Bibb County Schools. Now Terry returns daily as a full-time employee. He started working as a carpenter just three days after receiving his diploma.

"This opportunity was kind of like a no-brainer. To come back to the school that I graduated from and to help out and fix things and you know, do maintenance, was just a surreal experience for me," Terry said.

Bibb County Schools' maintenance director says he's happy to have Terry on board.

"Glad to have him, young fella, willing to work, anxious to be here, and that's what we need, somebody that's wanting to work," Director Eddie Montgomery said.

Terry says he's thankful to be where he is now.

"As far as me being on a full time job, full benefits, me being in the blessed position that I am, I never even came close to thinking about that at this age," Terry said.

Terry is 18-years-old, and he's making a little more than $32,000 as an entry-level carpenter. He received college credit through the district's dual-enrollment program with Central Georgia Technical College.