A name brand hotel, apartment and retail space are all a part of Central City Commons. A project that is scheduled to get started on Macon’s Poplar Street in the next couple of months. However, developers say they ran into some problems with the 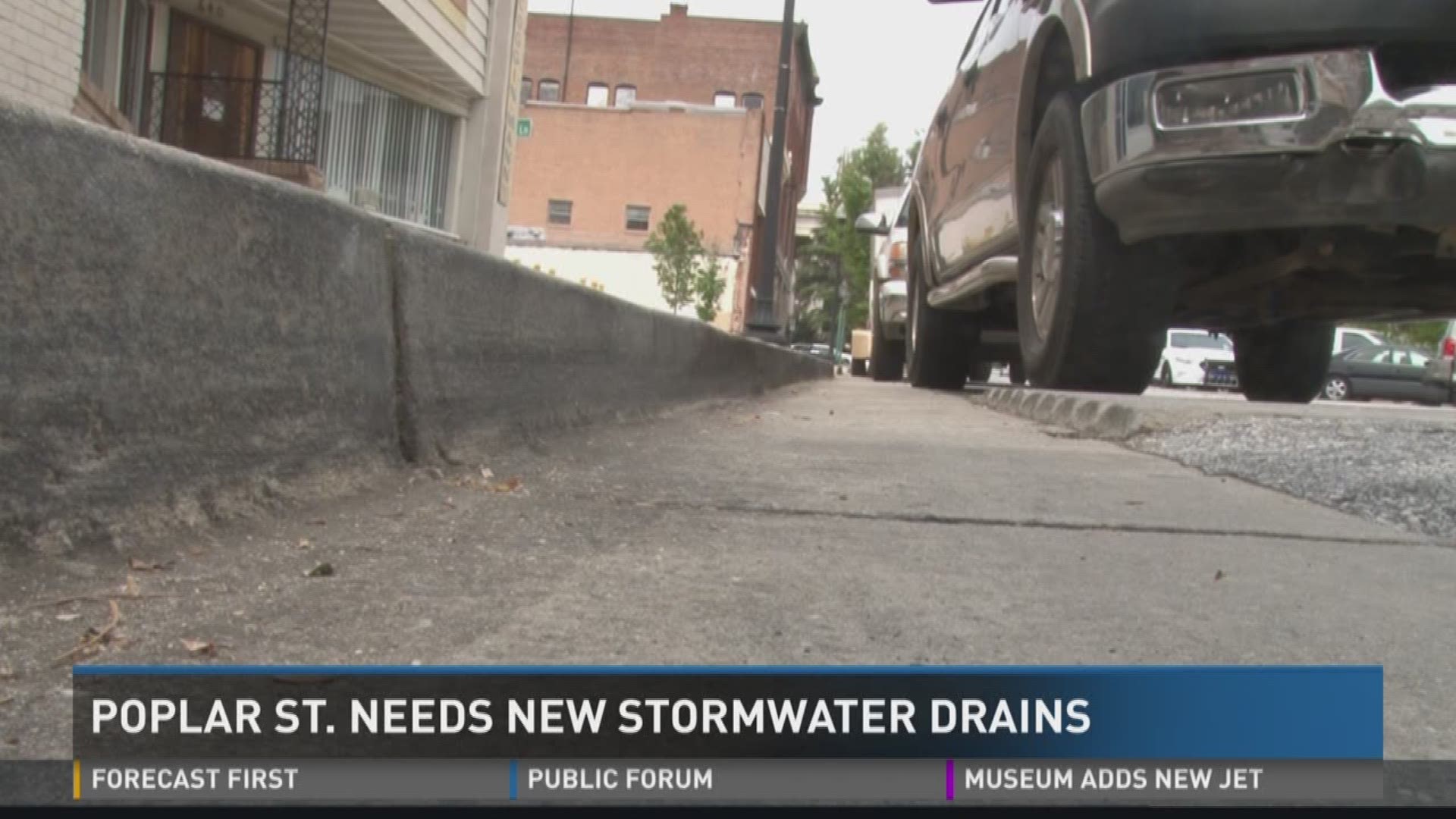 A name brand hotel, apartment and retail space are all a part of Central City Commons, a project that is scheduled to get started on Macon’s Poplar Street in the next couple of months. However, developers say they ran into some problems with the storm water drains that they need to address before breaking ground.

Right now, at the corner of First and Poplar Street you will find a parking lot and some parallel parking spots. A sight that could look very different a year from now.

“A pedestrian-only alley instead of walking all the way down the block. They'll be able to move into the parking deck very quickly and easily,” says Miller Heath one of the developers of Central City Commons. He says before they can break ground, they have got to get down in it.

“1890s standard storm drain. We have to comply with 2017 standards,” says Heath. He says they have to replace the current stormwater drain pipe that runs under the building to support the new development.

“You don’t want eight inches of water running down the alley and people trying to walk down that,” says Heath.

However, before they can replace their pipe, Heath says they need the county to also replace the surrounding pipes that connect to theirs to drain the water to the river.

“These issues are going to have to be addressed, so it’s just best that we do it coordinated with the developments so that we can actually leverage the private development,” says Alex Morrison from the Urban Development Authority. He says now that they know what needs to be fixed they will start looking for ways to fund fixing the surrounding pipes.

“There are a lot of things in the new SPLOST that could affect the pedestrian experience as well as stormwater so we'll definitely look at that as a possibility,” says Morrison.

“Creating retail spaces that will then sell items that will have sales tax so it actually contributes to the SPLOST,” says Heath.

Heath says they are meeting with engineers next week.