The deputy meant to hit the brakes, not the gas pedal, according to Bibb County Sheriff's Office. 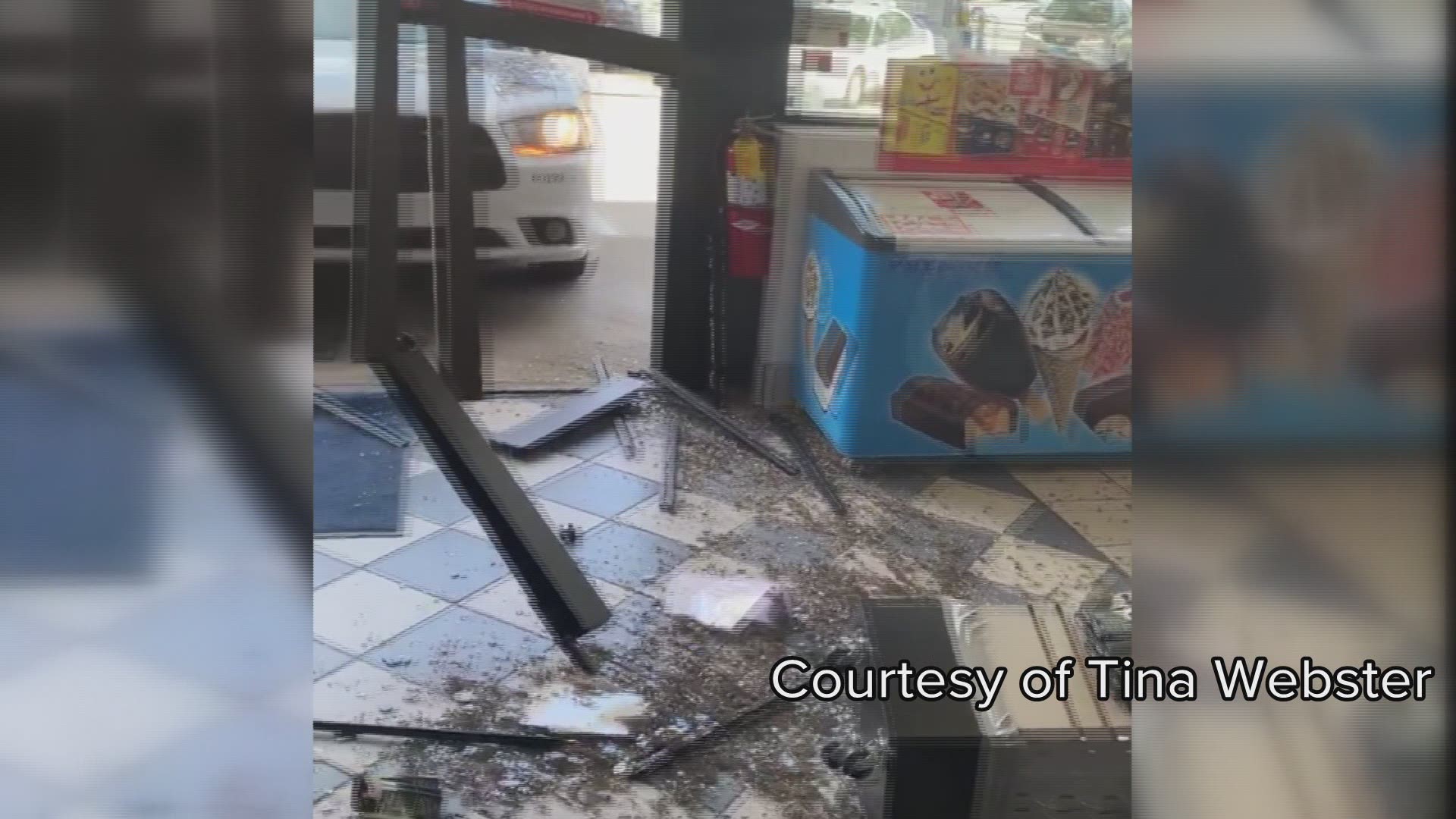 MACON, Ga. — A Macon-Bibb County patrol car plowed through the front of a Macon gas station on Thursday afternoon.

According to Sgt. Linda Howard with the Bibb County Sheriff's Office, it happened at the Walthall Oil Company on Riverside Drive around 4 p.m.

Howard says a deputy thought he put the patrol car in park before he walked into the gas station. When he noticed the vehicle was not in park, he jumped back in the driver's seat and tried to brake. Instead, the deputy hit the gas pedal, slamming into the front of the gas station.

Howard says there were no injuries, and only the front entrance of the store was damaged.