Curtis Jones says the district's progress and teamwork over the last three years are what won him the award. 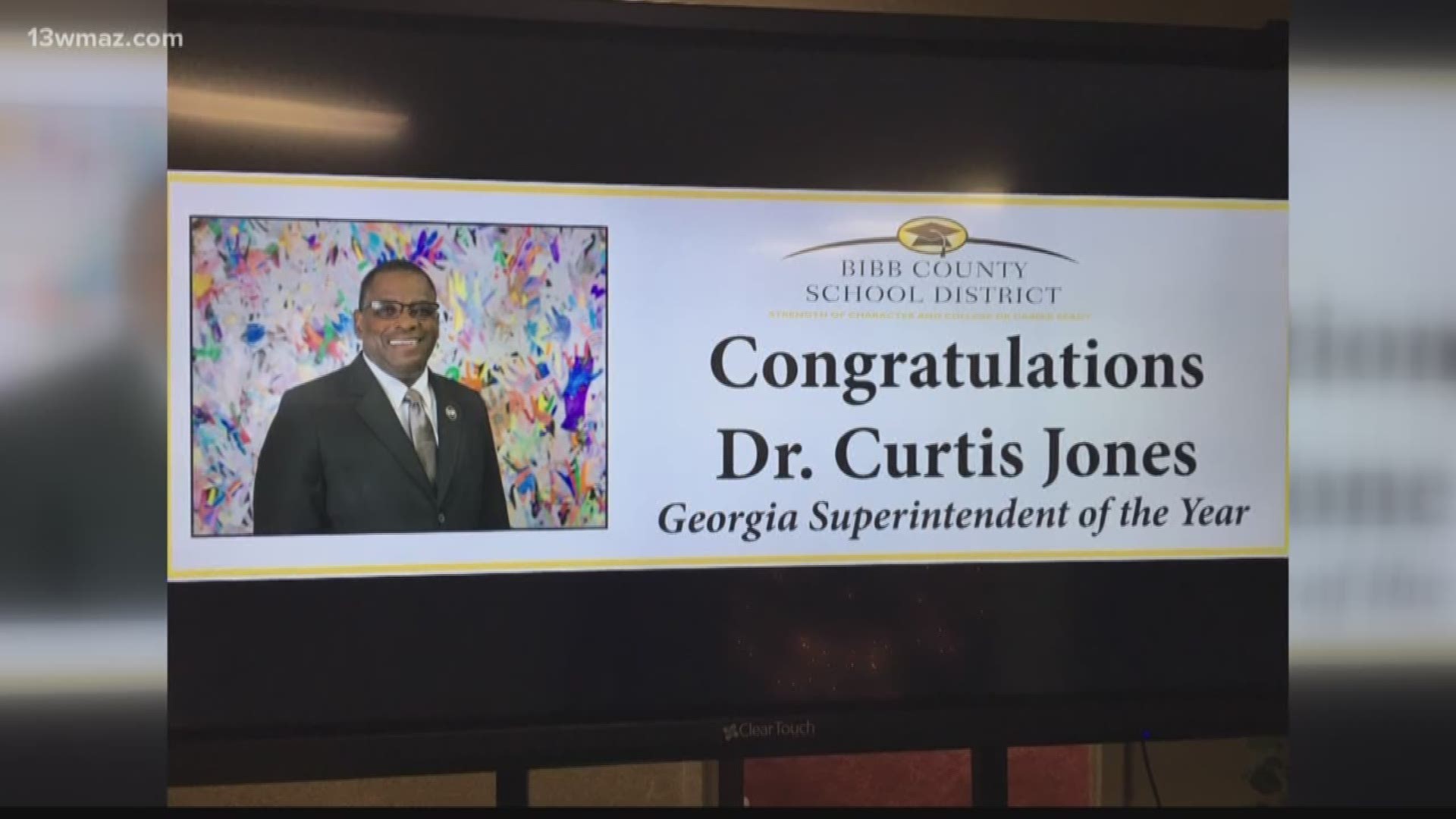 Superintendent Curtis Jones says Bibb County Schools have come a long way since he took the position in 2015.

After earning the title of Georgia's Superintendent of the Year, he says it's the district's teamwork that won him the award.

"My heart was beating so fast. I was so excited. I was proud. I felt thankful. I was blessed," Jones said.

When he returned to work on Monday, the Bibb County School District was ready to celebrate.

"Our school system has worked hard since 2015. We had some challenges, and I think across the state, they have recognized that," Jones said.

GSSA said Jones's initiatives to get more students reading at grade level and increasing the district's graduation rate made him stand out.

"We got to this point because we were ready. I think people are trying to make it be the very best it can be. We're not where we need to be. We still have some mindsets to change, but we're getting there," Jones said.

He says seeing how the district has improved in three years was a victory in itself.

"I didn't know I was going to win, but I felt like we had already won just because of the progress we had made," Jones said.

Jones will go on to compete for the national superintendent title.

Finalists will be announced in January, and the winner in February.

He earned a doctorate from Nova Southeastern University, and served in the United States Army.

His 20 years of experience in education began with the Griffin-Spalding County School System in Griffin.