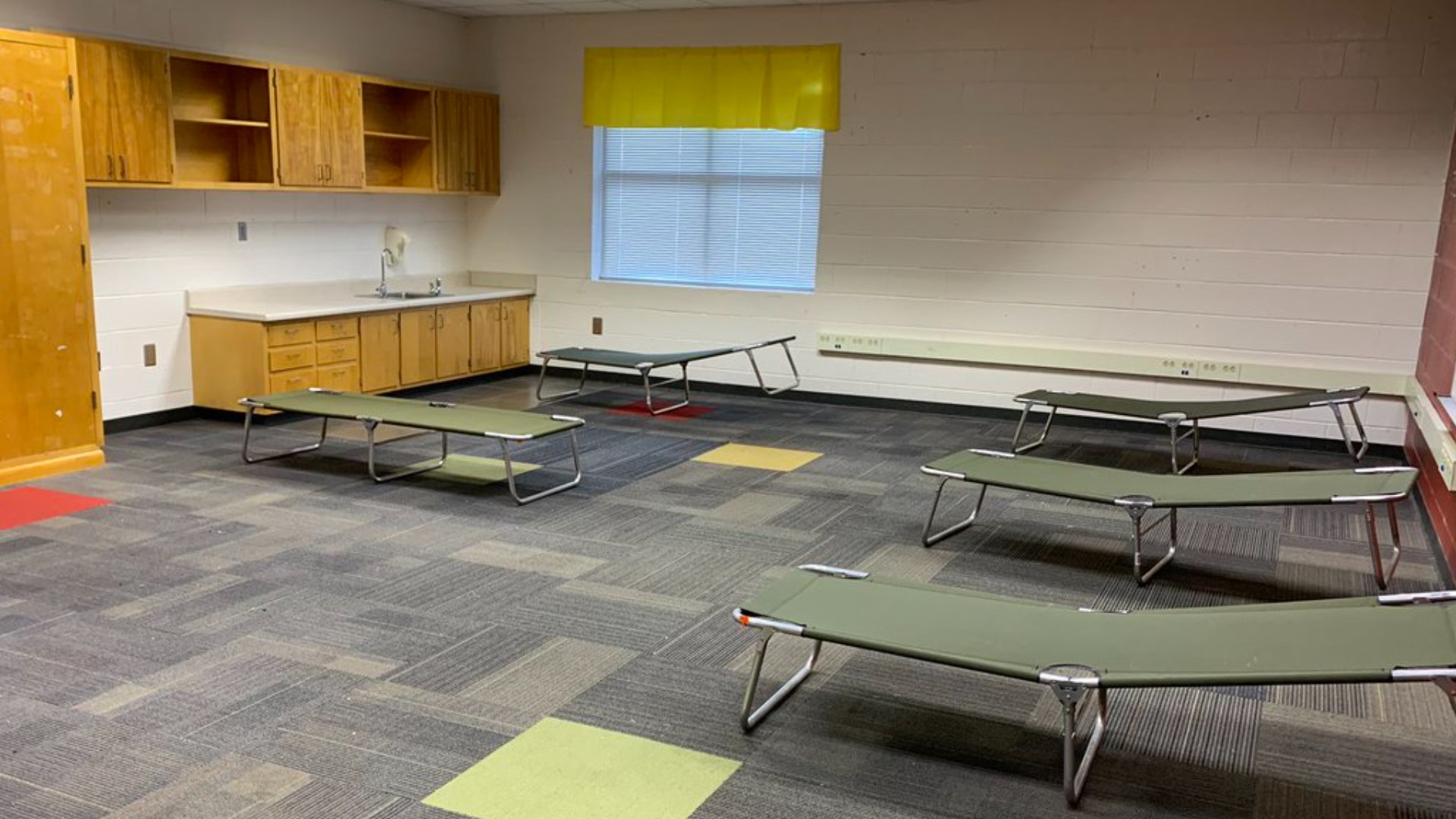 That announcement came days after Miller expressed he was concerned not enough was being done after two homeless men froze to death in Macon on Christmas, and on the heels of several planned executive orders targeting COVID-19.

"I, like all of you, are very shocked and saddened to learn the deaths of two men on Christmas night," he said.

Miller said Monday that the Brookdale Warming Center would open at noon Wednesday to provide families in need and people who are homeless a warm and safe place to stay.

The center will be open 24/7 during the cold months and people will be provided three meals a day.

"I am uplifted and encouraged of what I've seen in the past few days...by the willingness of so many organizations to come together," Miller said.

Bibb County School Board President Daryl Morton says the school system is glad to provide a facility to help those most in need in the community.

"This honors the holidays better then any way I know because Christmas is about giving, and we’re giving to people who are in need," Morton said.

George McCanless with United Way of Central Georgia says although he and Miller were saddened by the events that transpired on Christmas Day, that's not what motivated Miller to start a warming center.

"He and I, and I know he and other people, have been having conversations for several months, quite frankly, about what we can do to better support the homeless population in Bibb County," McCanless said.

McCanless stressed that Miller and other leaders knew more had to be done for people in Macon during the colder months.

Macon-Bibb County EMA Director Spencer Hawkins says the facility isn't only for those suffering from homelessness. Hawkins says anyone who may be living in their car, does not have a heating system at home, or is vulnerable to weather in any other way is welcome at the warming center.

There are even books and activities for families with small children there.

"We want to make that very clear. This is for families as well," Hawkins said.

Hawkins says there will also be COVID-19 screening procedures for anyone who enters and security will monitor the warming center at all times.

"I can't emphasize that enough. This is going to be a safe place," he sad.

McCanless says $25,000 in seed money from the COVID-19 response fund was used to help get this initiative running.

If you're looking to donate goods, here's what they need:

They can be dropped off at the Bert Bivins Fire Station and Sheriff's Precinct on Napier Avenue, according to county spokesman Chris Floore.