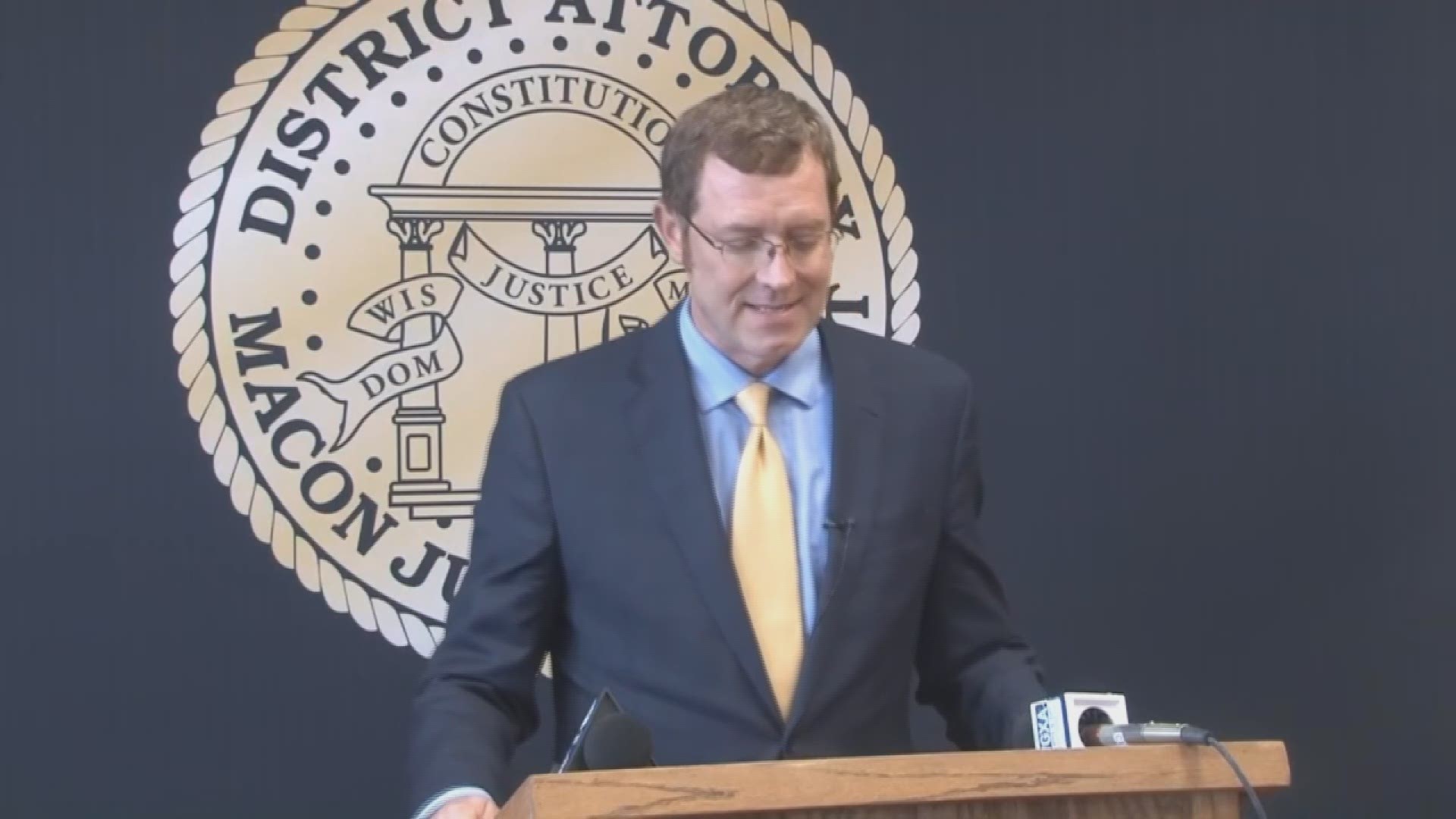 “Our Peach County partners are set to sign the Peach Pride Partnership Agreement on Tuesday for the 2019-2020 school year,” Cooke said at a press conference.

A release from the district attorney’s office says the Macon-Bibb County School-Justice Partnership is a collaboration between the county’s criminal justice system, Bibb County schools, and the community.

According to the release, the program aims to improve graduation rates and stop the school-to-prison pipeline.

He says the partnership has been successful after the first year.

Cooke says 207 Bibb County middle school students were given offense notices after committing low-level crimes and of those students. Of those students, only 10 were referred to the partnership in May.

“We’re giving youthful offenders the opportunity to undergo treatment for the underlying reasons why they get in trouble with the law without ever entering the courtroom,” he said.

Cooke says the goal is to have an agreement with Crawford County by the following school year. He says he hopes the program will span across three counties once it is fully implemented.

“People ask how we can stop the gangs and reduce the crime rate. This is how we do it,” Cooke said. “By helping children now, we’ll have fewer broken adults in the future."

Through the partnership, students get the same treatment they would get if they were arrested and appeared in juvenile court, but Cooke says the partnership is different.

“With this partnership, students are getting the services months faster and it’s keeping them from re-offending,” he said.

RELATED: Bibb DA announces take down of one of the largest illegal gambling operations in Georgia