The homeowners were worried because they have small children. 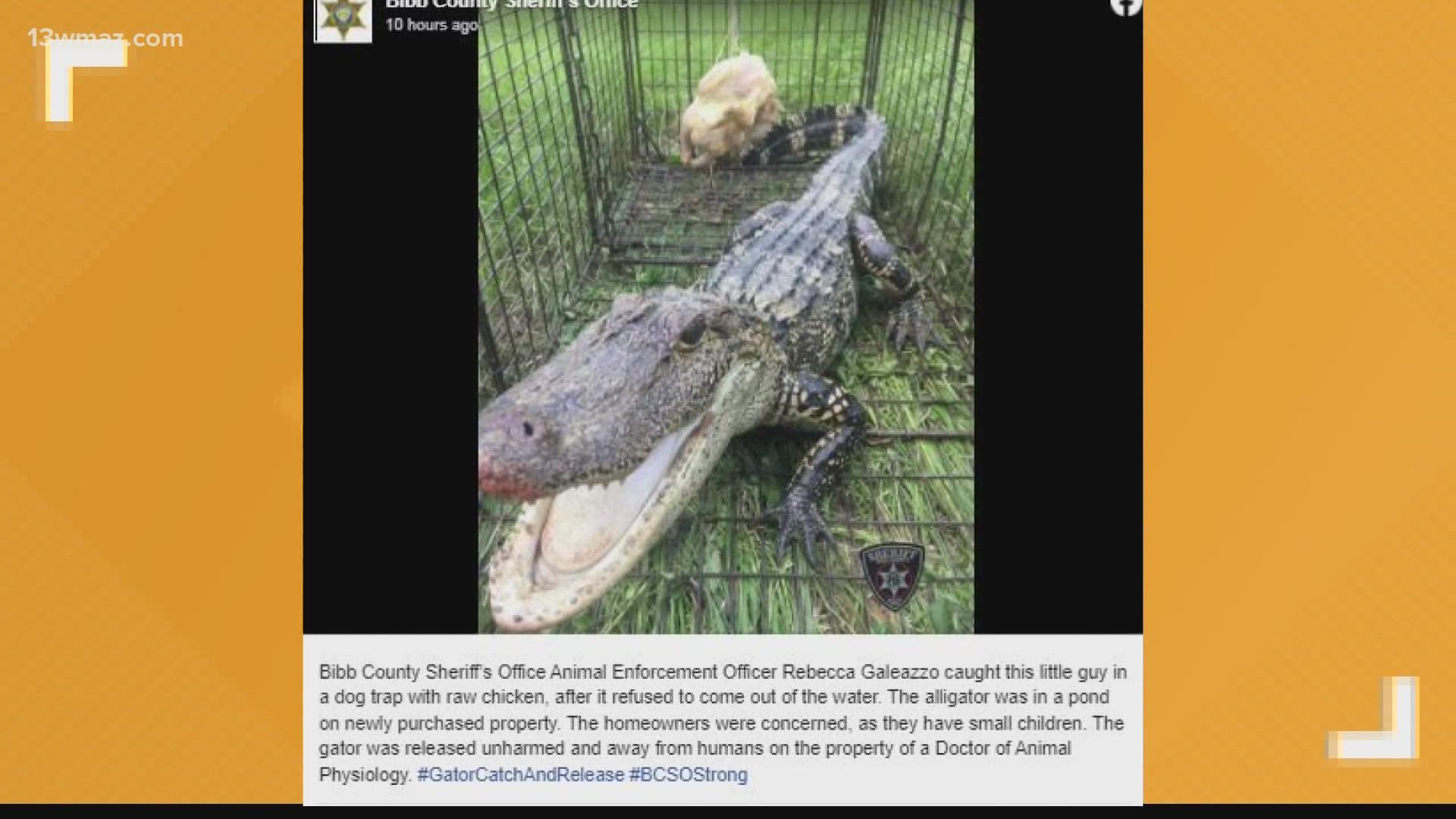 MACON, Ga. — Some concerned Macon homeowners can rest easier after Bibb deputies wrangled an unwanted reptilian guest out of a pond in their area.

According to a Facebook post on the Bibb County Sheriff's Office page, Animal Enforcement Officer Rebecca Galeazzo caught an alligator in a pond on newly-purchased property. The homeowners were worried because they have small children.

The post says Galeazzo used raw chicken in a dog trap to lure the gator after it refused to come out of the water.

The gator was released unharmed and away from people.