'To ensure as much safety as they can': Bibb County Schools announces online learning for fall semester

The decision was announced during a called school board meeting on Thursday evening. 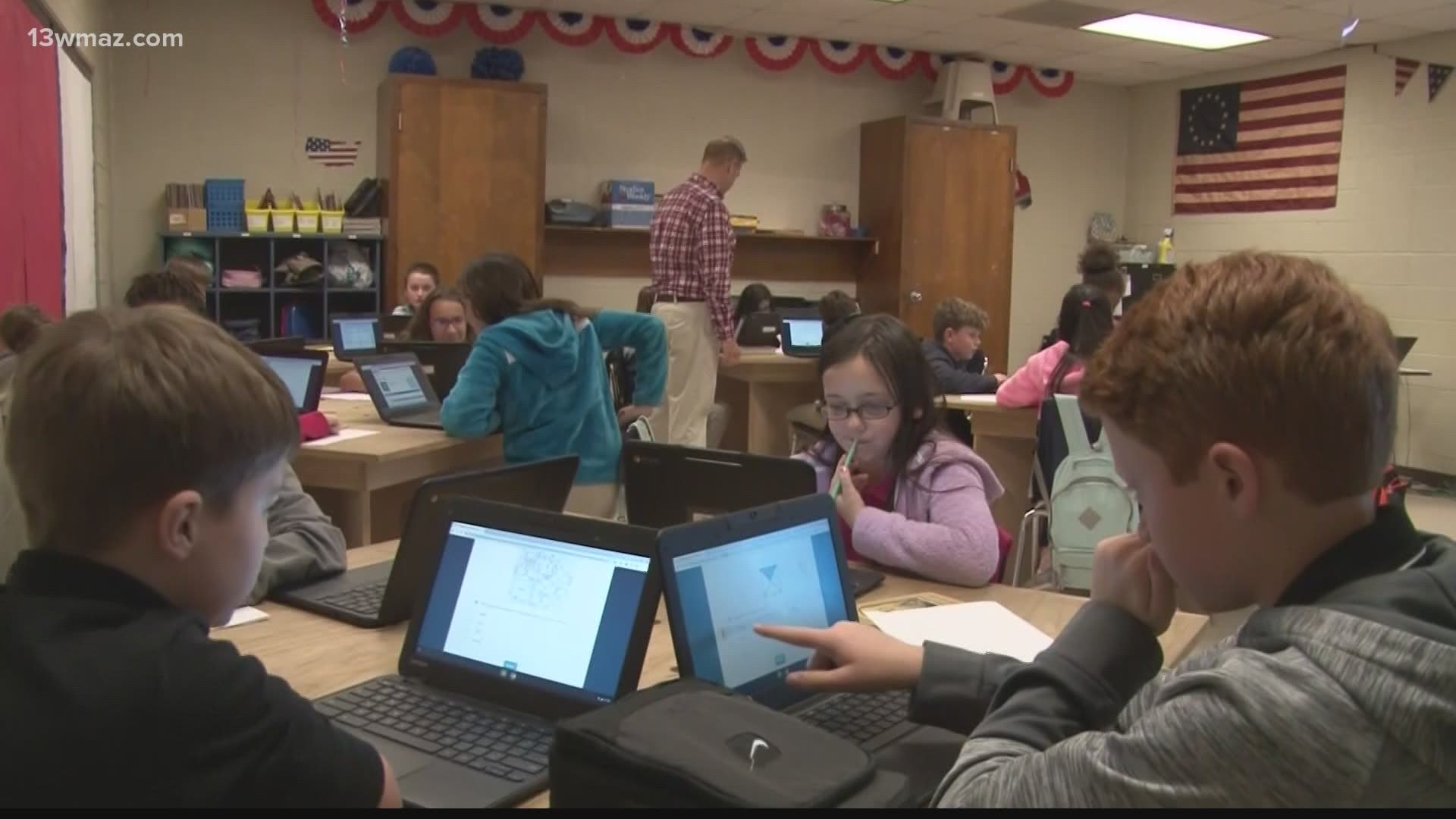 MACON, Ga. — While some Central Georgia school districts have gone back to either in person or hybrid learning, students here in Bibb County are getting rid of that notebook and paper, and returning to virtual learning once again.

"We would be virtual for at least the first eight weeks of school, which takes us through the end of October, first week of November," said Bibb County Schools Superintendent Curtis Jones during a Thursday night school board meeting.

"I think we're gonna be in high risk, we're going to stay high-risk for a while. It doesn't switch back and forth between high-risk and low-risk, it's on a trend," he said.

The other school board members approved of the decision and Jones added other adjustments that come along with the online learning.

"As far as meals are concerned, we're still concerned about students having safety and being able to eat, so all meals will be pre-ordered online," says Jones.

This gives parents two pick-up options, either from a designated spot along the school bus route or curbside pick-up from a specific school.

"I think they made the best choice to ensure as much safety as they can for the stakeholders," she says.

Sumrall says she and her daughter chose the online learning option to begin with, but she's glad the school board went the extra mile to make sure students will still be cared for.

"It speaks volumes that they recognize that there's a need in the community for that and they have a plan to continue with meals for the students. It speaks volumes," she says.

Jones says once those eight weeks are up, the school board will get together again to reevaluate.

The school district says extracurricular activities and athletics will also be delayed.