The Macon-Bibb County Planning & Zoning Commission changed zoning in 4900-block of Bloomfield Road to allow for a new convenience store. 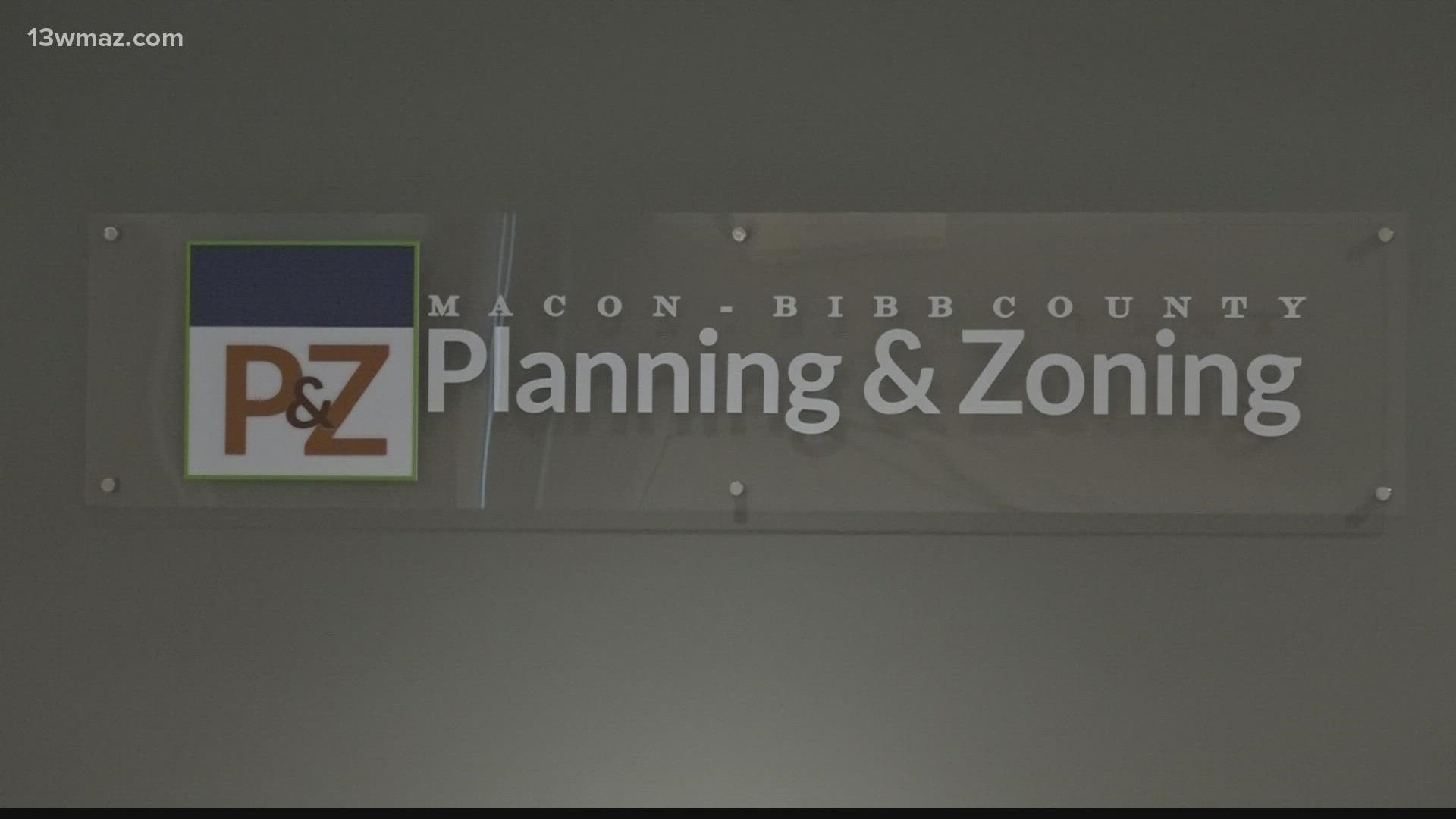 MACON, Ga. — Editor's Note: Video in this story is from Oct. 4 coverage on a Bibb zoning board convenience store work session.

“There’s no house on it,” Patel told the commission.

His building plan refers to the 5,250 building as a grocery store with fuel sales and 1,250 of retail tenant space for a small shop or nail salon.

Under Macon-Bibb County’s recently revised definitions for such businesses applying for alcohol licenses, the store would be considered a food mart with fuel sales, or a gas station. Grocery stores must be at least 10,000 square feet, under the county’s designation.

The site plan for Patel’s building still must be approved at a later date.

LGI Homes is set to build a sales office in a model home, of sorts, on two lots in the Bridgewood Coves subdivision off Hartley Bridge Road.

The ranch-style, ADA compliant building is only expected to be an office for about 18 months until the remaining lots and new houses in that neighborhood are sold.

“They will only be using it for this development. That’s one of the questions we asked,” Zoning Director Randi Doveton told commissioners before the meeting.

Once the neighborhood sells, the 14-space parking lot will be removed from the adjacent lot where another home will go up.

LGI Homes, which is based in The Woodlands, Texas, has been building homes since 2003 and focuses on first-time home buyers, the applicants said.

“We’re excited about being in this market and continuing our growth here,” the vice president of construction for Georgia and Alabama told commissioners. “We’re sold out in every neighborhood we have across Atlanta and Georgia.”

Chucci said the builders own 100 of the 140 lots across Hartley Bridge Road from Oakview Club Drive. The fledgling south Bibb County neighborhood  stalled in mid-development like many others in the recession.

The average square footage of the new homes would be between 1,800 and 2,400 square feet, but the applicants declined to give the home price range other than to say it would be comparable to the local market.

The builder only plans to use 1.33 acres for the tunnel car wash in an operation that will employ three people between the hours of 8 a.m. until 8 p.m. The other half of the property will not be developed.

The nearly 4,000 square foot automated car wash will have 24 outside vacuums, a canopied sales kiosk and prep area.

1051 College St. – construction of a new shed permitted in the rear of the residence.