Larry Curtis Jr. will serve the remainder of Davis' term 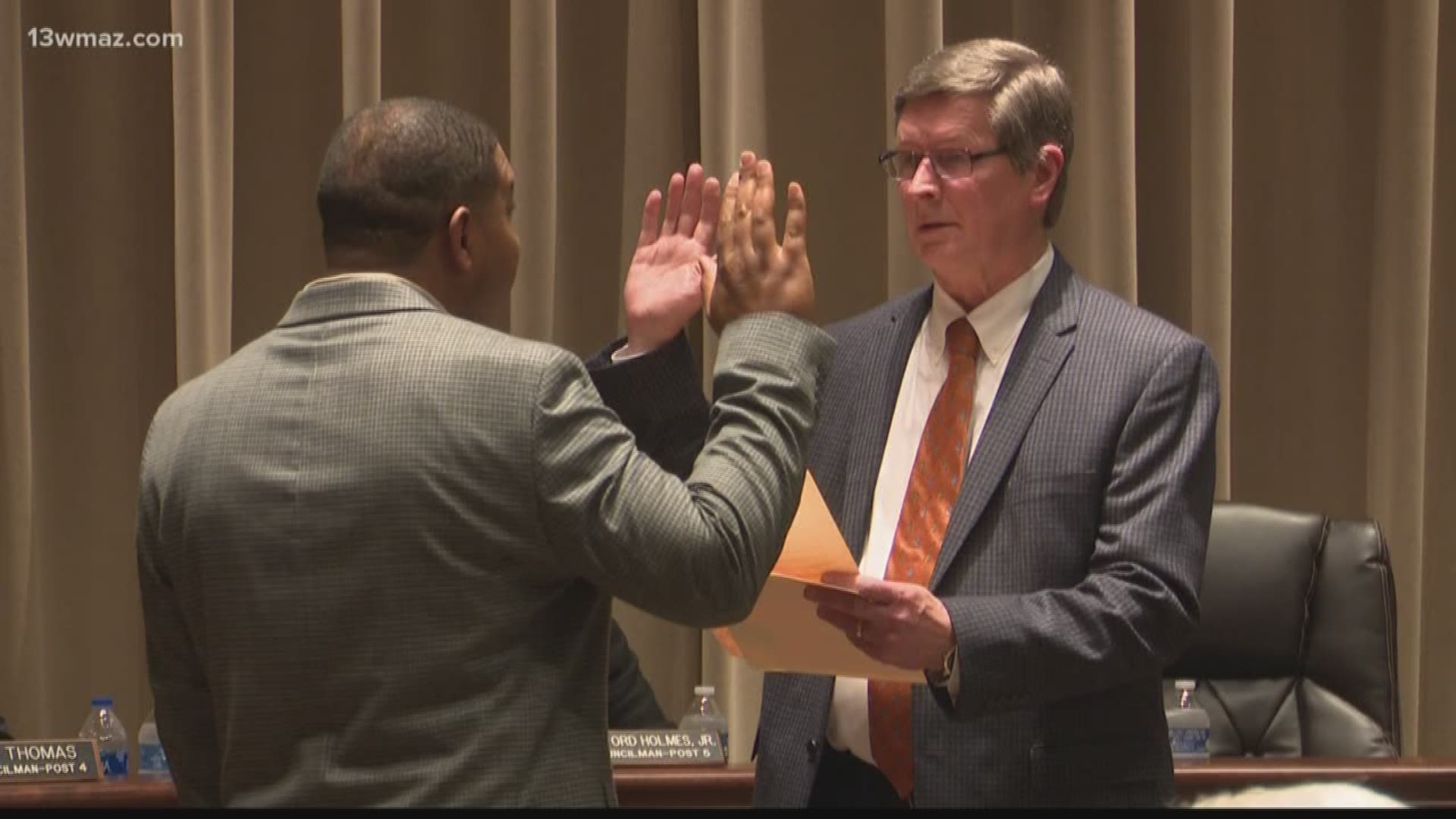 WARNER ROBINS, Ga. — You rarely think of a civic meeting as a place for celebration.

More often than not, Warner Robins City council meetings are somewhere to work through the sometimes-tedious details of the public's business.

But for a few minutes Tuesday night, you'd be forgiven for seeing things a little differently.

Curtis was appointed to the position by mayor and council to fill the vacancy left after councilman Mike Davis died in late January from pancreatic cancer.

"I know I got some big shoes to fill and I'm looking forward to fill -- and make him proud -- of taking that walk," said Curtis.

Curtis' wife put an exclamation mark on the ceremony, giving him a kiss after pinning the Warner Robins crest pin to his lapel.

Friends and family swarmed the newly-minted councilman, including one cousin who drove all the way from Atlanta.

"I remember when he used to work at Long John Silver's in high school, (he) bought his first car with his own money in high school," said Desrick Thornton. "To be where he's at -- real estate, businesses, he's doing pretty good."

Curtis works in the civil service as an equipment specialist at Robins Air Force Base and runs his own event center.

Mayor Randy Toms said he was happy with Curtis' appointment but also reiterated a factor council weighed heavily in the selection process.

"One thing that we were looking for, that he expressed at the time is that he was not interested in seeking office in November," said Toms. "He just wanted to do a great job in fulfilling this year in honor of Mr. Davis."

But when 13WMAZ asked Councilman Curtis, he didn't shut the door completely on the idea.

We asked him if he was "committed to not running in the fall."

When asked if there was anything that could change his mind, he said "just sitting in this seat, (we'll) see what happens and we'll see how it goes."

Curtis' term runs until the upcoming local November election. If he seeks another term, he'll have to win the race.