'Something for everybody': Bike shop opens new location in the heart of Macon 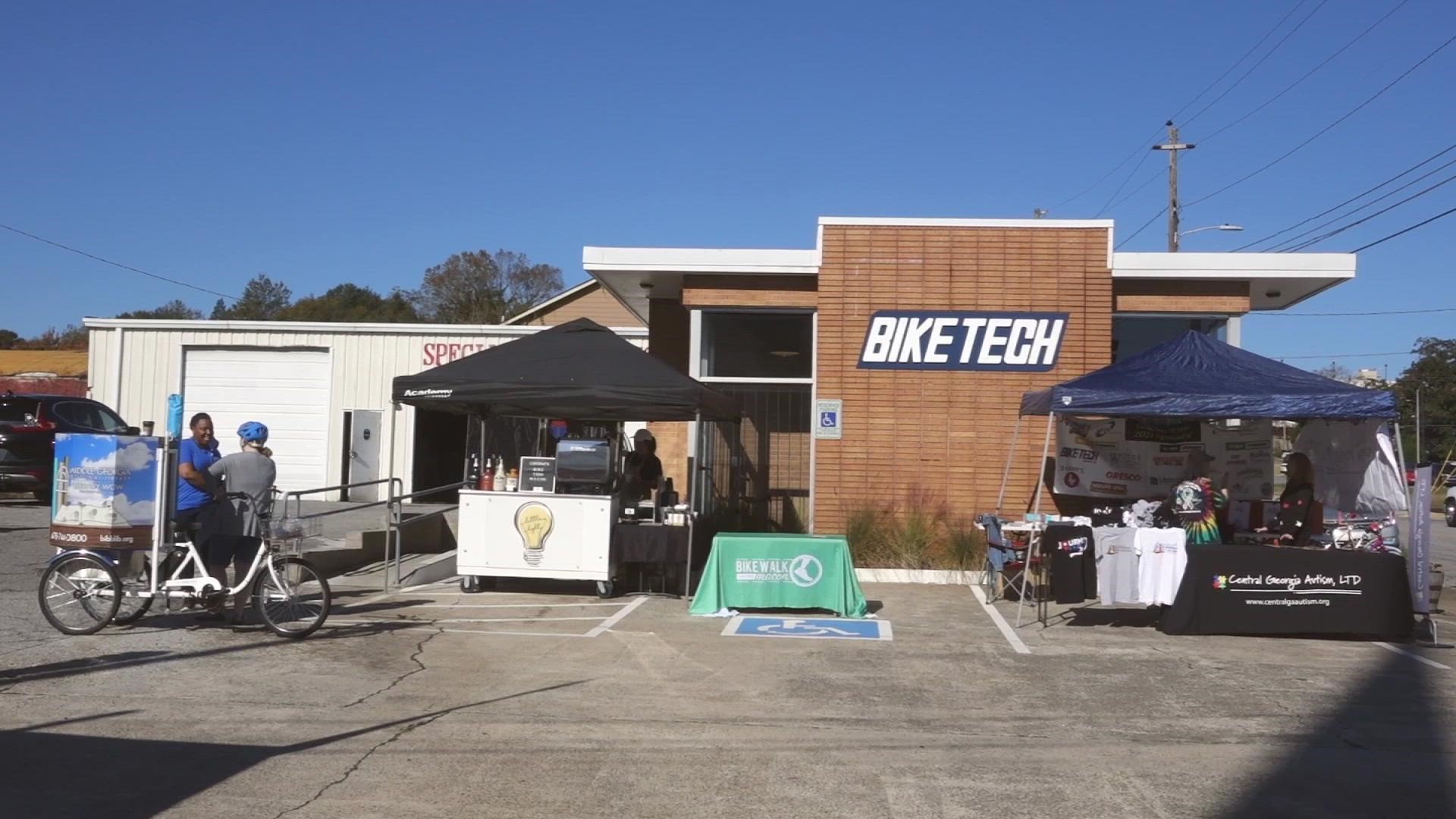 MACON, Ga. — Bike Tech has rolled into a new location in downtown Macon! You can now find them on 2nd Street.

Bobby Schorr has owned Bike Tech for the last six years, but it's been a family run business since opening in 1982.

"I see myself as the current steward of Bike Tech," said Schorr.

The former building was on Vineville Avenue for decades. He says moving downtown has been something they've wanted to do for awhile.

"A tremendous amount of bike riding happens in downtown Macon," he said.

They started the move to downtown in July, and their grand opening was Friday, Nov. 12.

They sell anything bike-related, and they do service and repairs on bikes, wheelchairs, and even strollers. They've got anything from beginner bikes with training wheels to electric bikes.

Schorr says Macon is a good city for biking because you have choices.

"What's fun about Macon is it's not like a one do-all," he said.

If you're not familiar with the bike-safe areas in Macon, Bike Tech hosts a Crank the Coffee event each Saturday at 8:15 a.m. It's a morning ride where they show bikers where, how, and when to bike.

"We're here to show you the safe ways to do it," Schorr said.

If you'd like to visit the new location, they are now at 909 2nd Street.