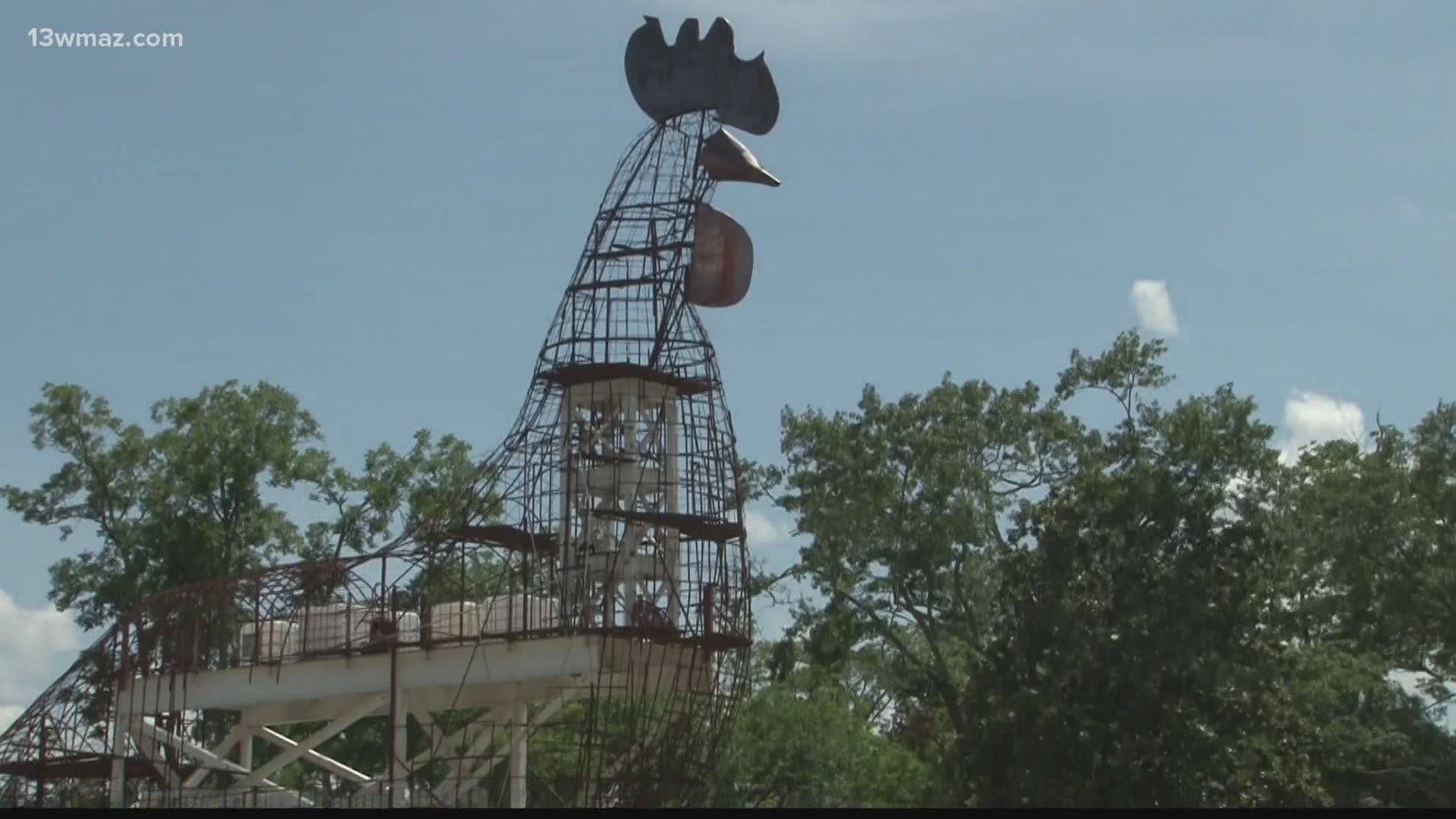 FITZGERALD, Ga. — In Fitzgerald, Georgia, it's not unusual to see and hear wild chickens roaming the streets, so it makes sense they would build a giant statue to celebrate the oddity.

This is Mayor Jim Puckett's baby, and the bed and breakfast topiary sits 62 feet high, making it the largest chicken in the world.

"A lot of folks want to make jokes about a chicken bush. This is not going to be a bush, this is going to be a beautifully-sculpted topiary," he described.

Mayor Puckett hatched the plan when he got into office.

The goal is to get this South Georgia henhouse on the map.

The story has popped up in numerous newspapers across the country, including the Wall Street Journal, and that, in turn, has folks squawking, calling city hall to try and get into the future tourist attraction.

"People have called and said, 'Mayor, I've got my credit card in my hand and I'll book that B&B right now,'" he said.

Some folks in town have chirped that they'd like to see the project completed. Puckett says the pandemic slowed things down a bit. The feathers should go on by next week. Crews have also laid in 19 tons of steel since we last visited the site last year.

Plus, right now, eight 200-gallon water tanks are on board.

They will filter through the greenery and the fish tank that's going to sit below the chicken to help fertilize the plants.

Puckett says some have ruffled feathers over the cost of the project.

The money is coming from SPLOST dollars set aside for tourism -- the initial budget was $150,000. It's since surpassed that amount, but the area passed another SPLOST that Puckett says include another line item for tourism.

Puckett says they will start feeding the city birds around their 62-foot big brother, and he projects it will open up at the end of the year.

It's a lot of excitement surrounding a big bird that Puckett hopes folks will flock Fitzgerald to see.