Breonna Taylor's autopsy report now in the hands of family's lawyers, protective order to speed up release of records

During a status hearing Friday a judge said she received an agreed protective order that will help speed up the release of records. 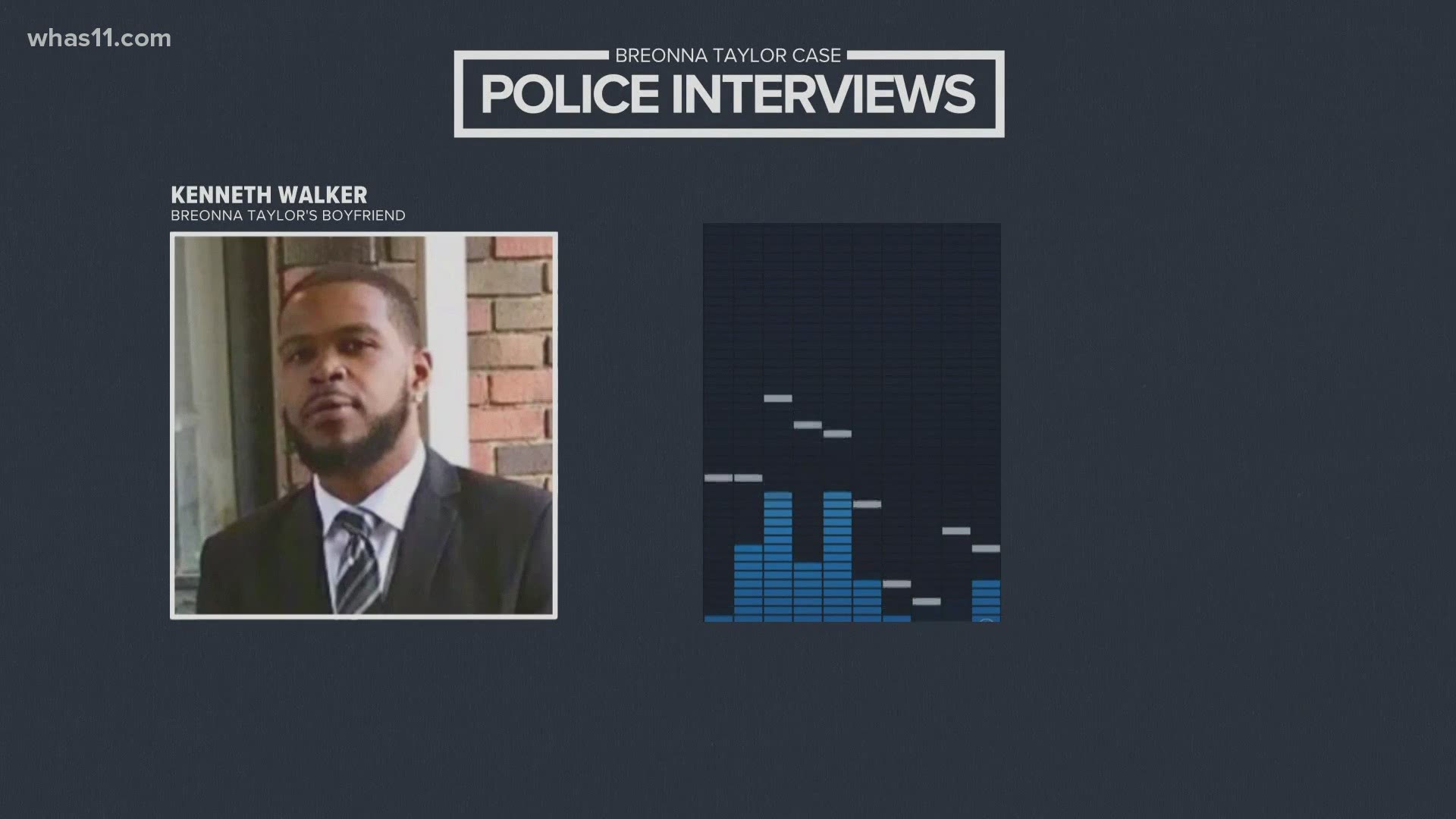 LOUISVILLE, Ky. — Breonna Taylor's autopsy report has been handed over to her family's attorneys, but it won't be released to the public – at least for now.

During a status hearing Friday a judge said she received an agreed protective order that will help speed up the release of records.

In the police audio interview that took place almost two weeks after the deadly shooting, Sergeant John Mattingly who led the deadly drug raid said their intentions were to get the occupants in the apartment to come to the door.

Aside from Myles Cosgrove and fired officer Brett Hankison, Mattingly named four other officials who were with him during the execution of the search warrant which included a detective and a lieutenant.

There was a total of five warrants warrants out that night which Mattingly described as a "heavy manpower-operations." He told LMPD's PIU the criminal interdiction division "knew where their target was" seemingly referring to Taylor's ex-boyfriend, Jamarcus Glover. When he was asked if he knew the name of the main target Mattignly answered, "Not off-hand, no." "We didn't write it," he told investigators referring to the no-knock warrant. "We didn't do the investigation, we did none of the background."

Mattingly was also asked about the purpose of the no-knock warrant since police banged on the door.

"I verbally heard we have it signed as a no-knock but we're not going to go that route we prefer you to do the knock," he said. "Do you know why they would make it [a no-knock]?" The interviewer asked. "Had it signed and then changed? Don't know," Mattingly answered.

Taylor's boyfriend Kenneth Walker who was interviewed March 13 just before 4 a.m. told investigators he was threatened by police moments after the deadly shooting.

"One officer told me I was going to jail for the rest of my life," he said. "They asked me were you hit by any bullets, I said no, he said that's unfortunate," he told investigators.

After one of the interviewers apologized for the officer's actions he told Walker, "Well they have body cameras and stuff like that and we have ways of doing that so we'll watch majority of the body camera."

Attorney Sam Aguiar who is one of the lawyers representing Taylor's family said he is still waiting for body camera footage, the unredacted version of the CAD report from MetroSafe, and several other records. Aguiar said Friday he has also received the full personnel files from LMPD's merit board.

"The parties have all agreed to reconvene as it relates to subpoenas to Louisville Metro Police Department," he told a judge during Friday's status hearing.

In his police interview, Mattingly said at first he was the only one knocking on the door then multiple people started saying "police search warrant" repeatedly.

According to Mattingly, at one point a neighbor was exchanging words with fired officer Brett Hankison.

There were two officials that night that Mattingly said he was used to working with – Officer Myles Cosgrove and Hankison not being one of them.

"It was a tight squeeze to get with guys specially guys that you don't do all your warrants with to know what you're doing," he told investigators.

Kenneth Walker shot his gun once in self defense because he says he thought it was an intruder.

"It scared me like when the door got kicked and stuff so my only reaction was to do that, I'm trying to protect [Breonna]," he said.

Walker also told the PIU that he was told by police after the shooting that it was a "misunderstanding."

When the knocking occurred Walker said his first thought was that one of Taylor's former boyfriends was outside and said he was nervous because the person had showed up to her home in the past.

Investigators repeatedly asked Walker about the man. Walker didn't identify the man and told police he had no clue why officers were at their door.

“Nobody still said anything about what they were doing at the door because I know for a fact they could’ve have not been coming for either one of us," he said. "Like there would be no reason for that at all."