Every year, the couple gets a new caricature drawn by the same artist so they can see the growth of their relationship. It's even how he proposed to her! 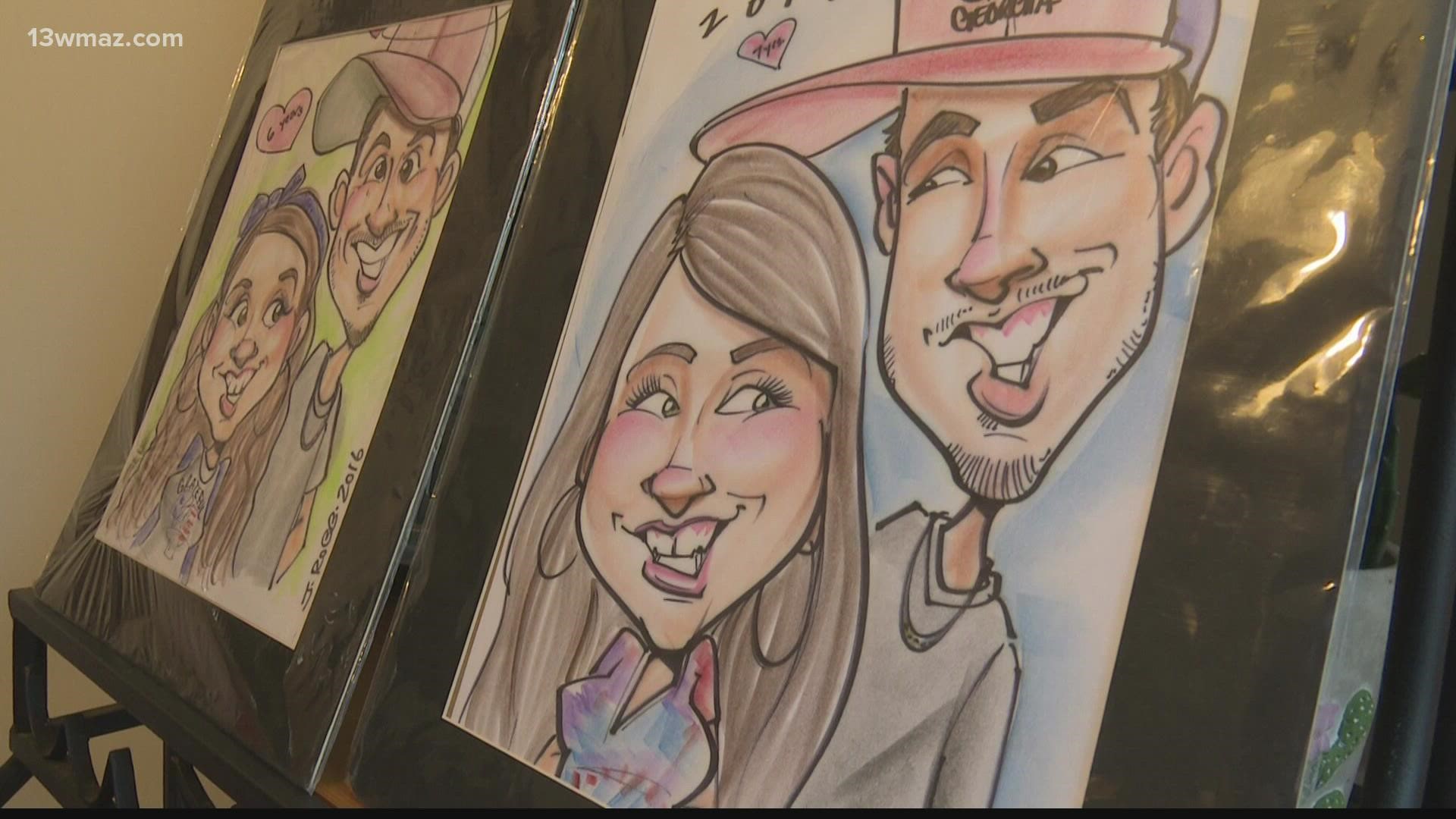 PERRY, Ga. — Who doesn’t love the fair? Between the rides and the food, there’s a lot to do – but what about fall in love?

“We’d been together six years here, so you can tell he drew us kind of young and dumb and in love,” said Kaleigh Pounds.

Kaleigh and Stefan Pounds’ larger than life love story started back in middle school. By the time the two reached high school…

“The fair was in town and I was actually in line for a ride, and he asked me to be his girlfriend,” said Kaleigh.

From then on, they've celebrated each year together with a trip to the fair.

“Everyone who knows us knows that the fair is our big thing. If I had to say there is anything in our relationship that is like big and important, it's the fair because -- I mean -- that's our anniversary and of course we're going to go and keep the tradition going,” she said.

A few years in, they added a new tradition at the fair -- marking another year with another caricature, all drawn by the same artist.

“He's kind of become our friend because he loves watching our relationship grow,” she said. “Imagine… by the time we're 30, we'll have so many to look back on.”

It became such a big part of their relationship that when it came time for Stefan to pop the question, he reached out to the artist to pull off the surprise.

“People started to realize what was happening as he kept drawing,” said Stefan.

“I’m just sitting there smiling, clueless, getting drawn. By the time I stood up, I just read 'Will you marry me?’ and he was down on one knee,” said Kaleigh.

And now they have a new face on their annual portrait, little Paisley Jade.

“To take our kid to the fair, it's just kind of like that moment like 'wow we made it and it's still a tradition,' and she will always know how important the fair is to us,” said Kaleigh.

Paisley turns 3-years-old at the end of October and her parents can’t wait to watch her and her own love for the fair grow.

Since the fair was cancelled in 2020, the artist agreed to send them a caricature based on a picture so they could keep the tradition going.