The donation drive is an annual tradition for the department. Last year they raised over $1,500. 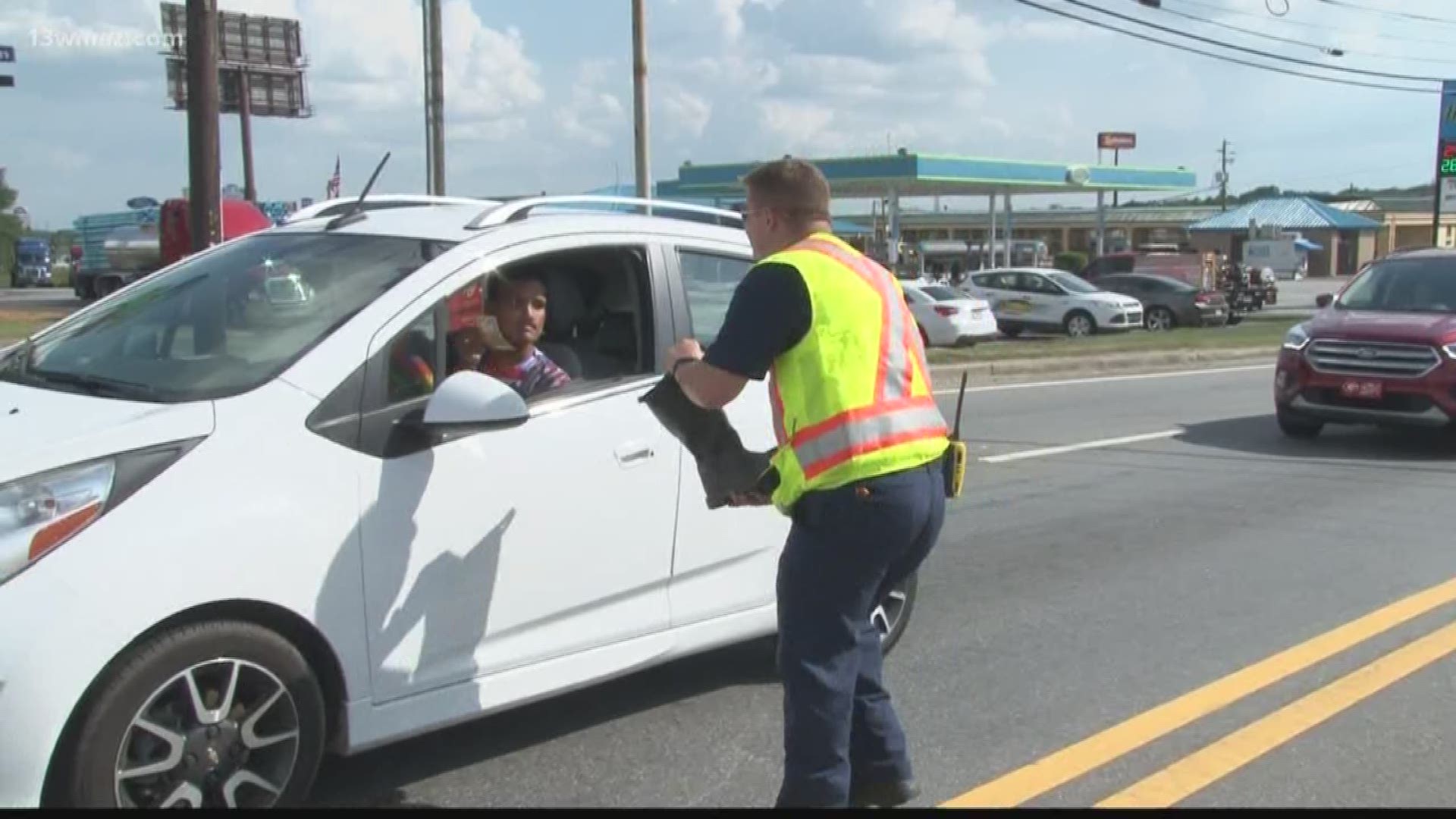 BYRON, Ga. — The Byron Fire Department began their annual "Fill the Boot" campaign Friday. Every Friday afternoon in July will be devoted to collecting money towards a good cause.

Battling hot conditions is nothing new to the Byron Fire Department, but Friday afternoon, they were saving lives in a different way -- taking donations at Exit 149 of I-75.

"[We're] raising money for the MDA, which is the Muscular Dystrophy Association," said Sgt. Chad Longo.

Muscular dystrophy is a disease that causes progressive weakness and loss of muscle mass. The MDA has contributed over $1 billion to research for a cure since they organization began in 1954. Longo said the cause is near and dear to the department's heart.

"Because we want to give back to the community that's given to us, so we want to have the opportunity to do something special," Longo said.

Every Friday afternoon from 5 p.m. to 8 p.m., the firefighters will be in special MDA shirts and collecting money in fireman's boots from those passing by.

It's been an annual tradition for the station for years. Last year, they made over $1,500. Mark Suddeth always volunteers and says giving back is a part of a firefighter's calling.

"That's one of the main reasons I'm in the fire department, to help people and give back to people." Suddeth said. "The MDA means a lot. We look forward to doing it every year."

He said seeing the fruits of their labor makes beating the heat all worth it.

The Warner Robins Fire Department is participating as well and collecting money at the Walmarts on Watson Boulevard and Booth Road every weekend from 9 a.m. to 7 p.m.