This weekend marks the 50 year anniversary of the Atlanta Pop Festival and people, who were there, say it was an unforgettable Independence Day weekend. 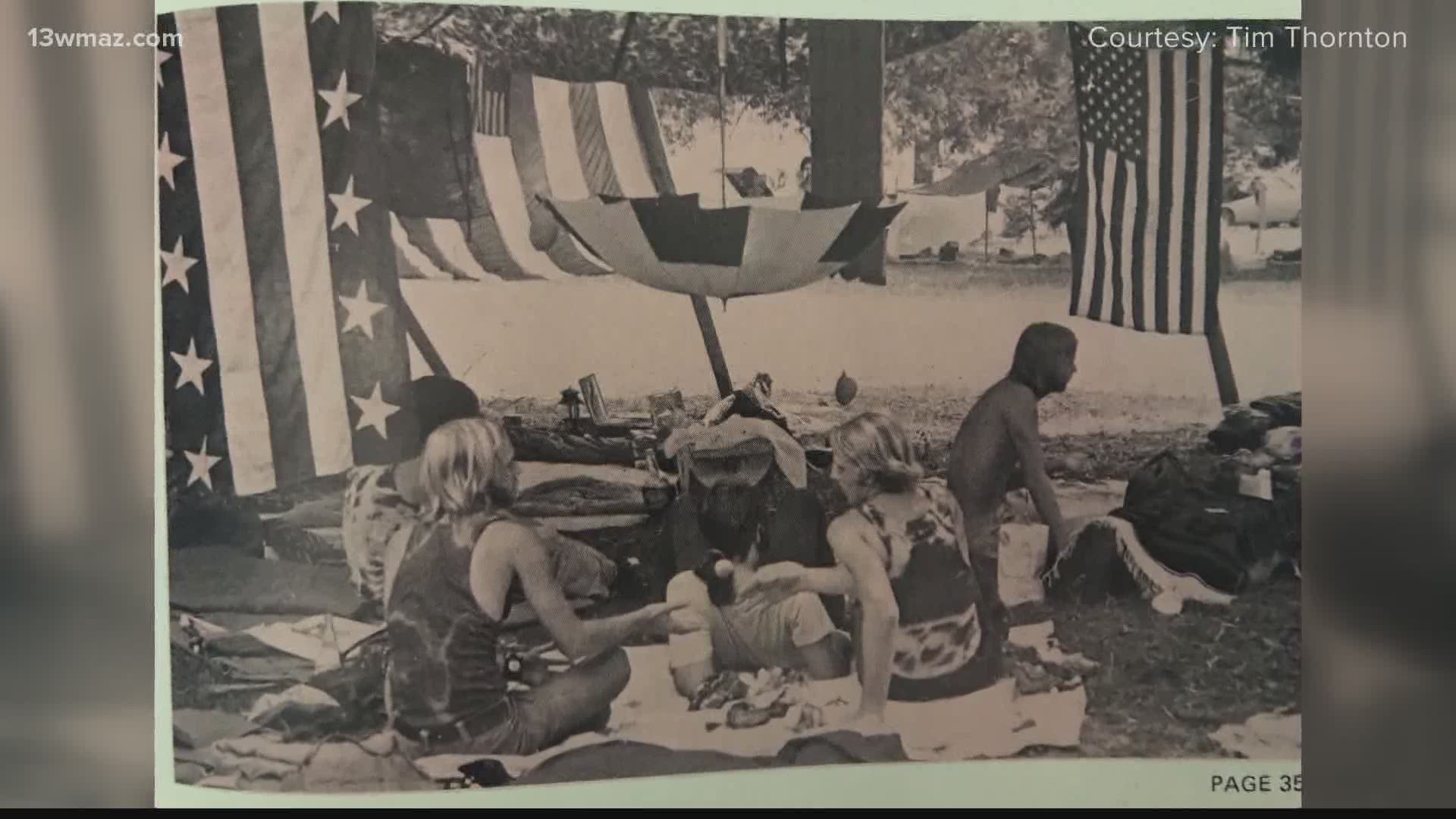 BYRON, Ga. — Driving along Highway 41 now, you'll see a gas station and a driving range, but 50 years ago, it looked totally different. This was the setting for one of the biggest music festivals in North American history.

"Byron is really small and this was bigger than Woodstock. Byron's full of people, the interstate is shut down, I've heard so many stories," says Selina Hall, an administrative assistant from the Byron Welcome Center.

Thornton was 18 at the time. He says he worked at and attended the festival.

"I don't think you could ever replicate the peaceful serenity that was out there. I hadn't seen a fight or a scuffle or an argument or anything like that," he says.

In a field right next to the historic Middle Georgia Raceway, over 30 performers took the stage from July 3-5. Thornton says his favorite moment came from Rock and Roll Hall-of-Famer Jimi Hendrix at 2 a.m. on the Fourth.

"I looked up and there's Hendrix on the stage playing the Star-Spangled Banner with fireworks going off in the sky right above him. I can see that like it was yesterday," says Thornton.

He says Macon's own, the Allman Brothers, opened and closed the festival. Less than 10 years ago, the Georgia Historical Society placed a historical marker to celebrate the event.

"Kinda tells the story of the festival there, it's quite interesting," he says.

Thornton says although they were not able to properly commemorate the anniversary this year, he's hoping they'll be able to soon.

Thornton now owns the property where the festival took place and the raceway sits. He says it is up for sale.

Here are some memories from the festival.

Freedom for All 4K held at Rosa Parks Square