'It's all about the kids': Byron police enforce reduced speed limit on city road 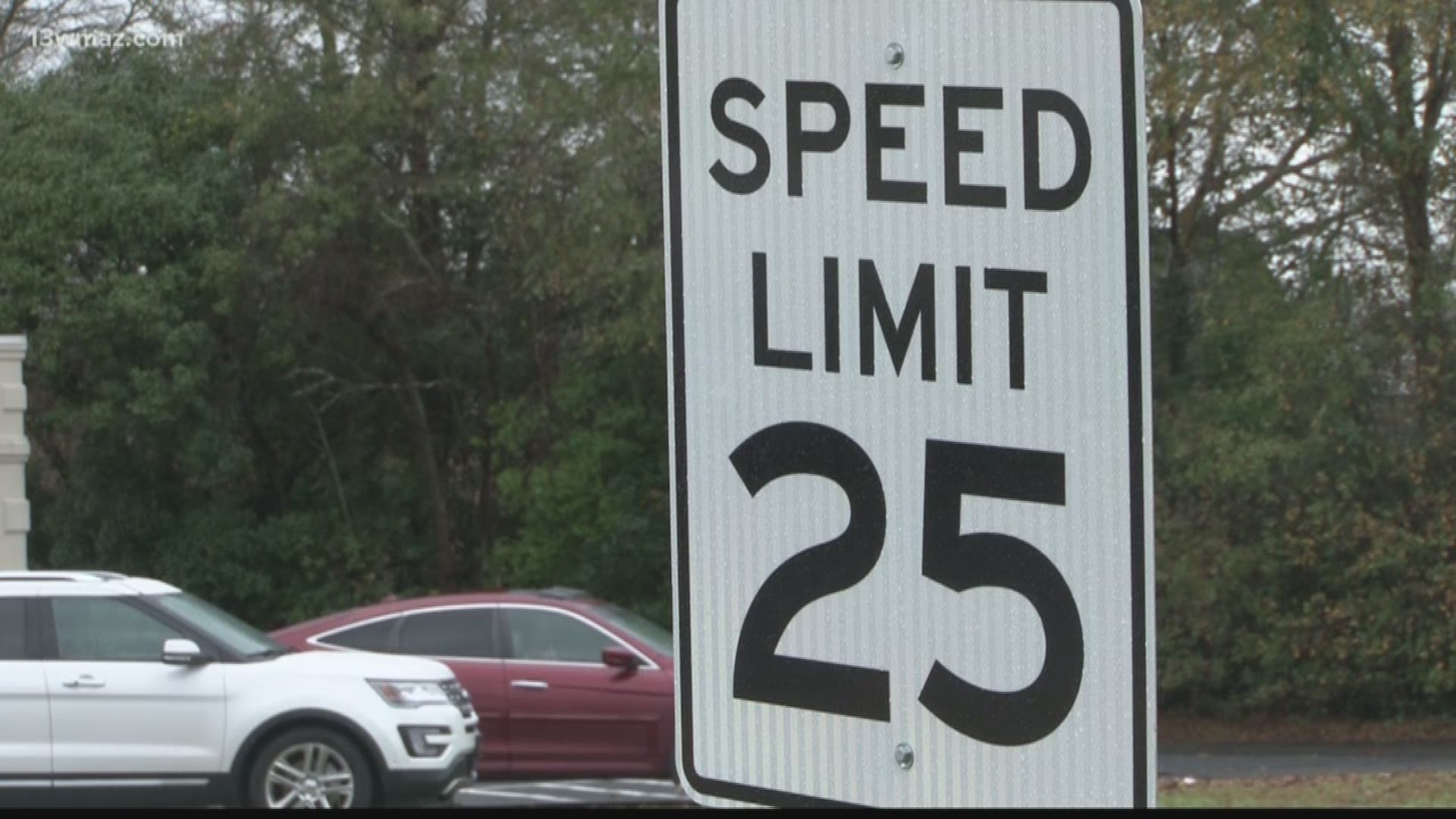 BYRON, Ga. — Byron Police say one city road has seen an increase in traffic and now they have a plan to make it safer.

Parents like Brett Borders pick up their kids from daycare on White Road.

"This is like the town center for all the kids and everything, it seems like," said Borders.

He says it's easy for some drivers to speed along the road.

"Everybody is kind of guilty of it. You'll just be riding and not even thinking about it and look down and be like, 'Oh, my goodness,' and, 'Gotta slow down,'" said Borders.

Byron Police Chief Wesley Cannon says his office teamed up with the Georgia Department of Transportation to decrease the speed limit on White Road from 35 miles per hour to 25 miles per hour. He says that will only be enforced during certain times.

"In the mornings and in the evenings, you can see how it's getting more and more congested," sad Cannon.

"A lot of people from Perry use it to go to Warner Robins instead of getting on the interstate, so it's kind of a cut-through road," said Cannon.

Cannon says he expects the road to widen in the future.

Borders says until that point, he feels confident the reduced speed limit will create a safer environment for the kids.

"My kids are everything. I wouldn't want some random accident that could be prevented because you are going 10 miles faster than you should have been when you can just hit the brakes. It's all about the kids," said Borders.

Cannon says because of state law, officers cannot hand out citations for the new speed limit for another 30 days.

He says officers can still pull drivers over and warn them.

Chief Cannon says his department is giving drivers an additional 15 days after those 30 days to get used to the slower 25-mile per hour speed limit before handing out citations.

RELATED: Why are so many drivers violating Georgia's "slowpoke" law?