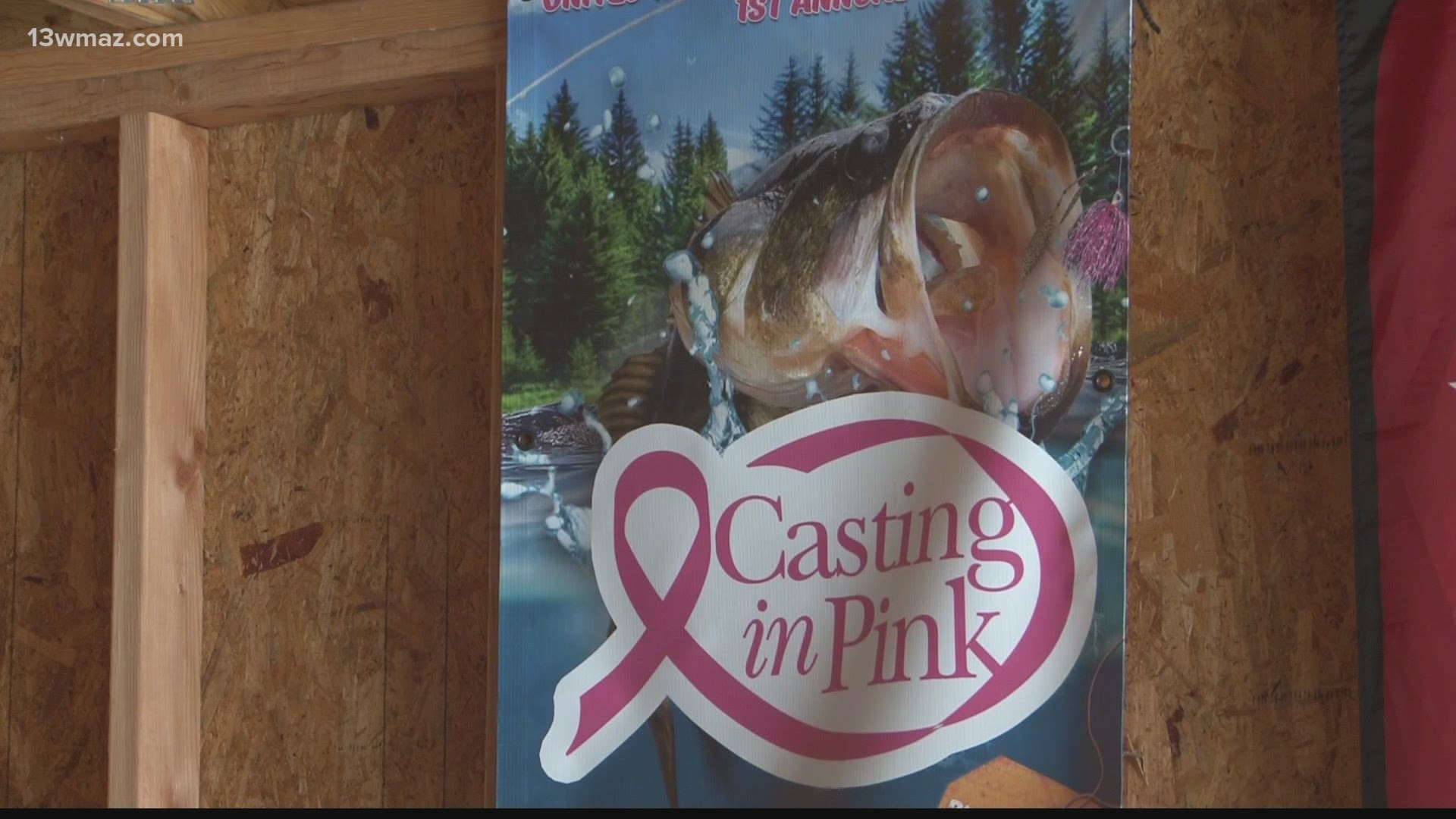 MACON, Ga. — Water is like life -- sometimes it's calm, and other times, it comes at you, rushing in choppy and rough.

"Ashley was a hero. She got diagnosed with  breast cancer in May of 2018," he recalled.

Wimberly loves to fish. It's brought him comfort through the years, and every now and then, Ashley would go with him to wet a line.

"She got hooked to it, and she liked to eat the fish as well," he explained.

When Ashley battled the disease, Roy came up with the idea for the 'Casting in Pink' fishing tournament, but Ashley didn't live long enough to see the fundraiser come together.

His wife passed away this year.

"It's been tough. We have two small kids," he said. "Cancer, in the long run, did win the battle with her, but she was a fighter."

This tournament honors more than just Ashley. There is another family involved. Chris King sat on the committee and was instrumental in getting the tournament all put together. He recently died on Lake Tobesofkee in a fishing boat accident.

The breast cancer support organization became his passion shortly after he got married.

"Chris and I were married about seven years ago this month, and the second year we were married, I was diagnosed with breast cancer," Lisa said.

When he wasn't helping Lisa, Chris would find some time to do some fishing.

She hasn't touched his man cave, it's still stocked with all of his supplies.

And this Saturday will be bittersweet -- she is a five-year breast cancer survivor, but her biggest cheerleader is gone.

"It's going to be emotional, I think the hardest part will be the weigh-in everybody coming in and Chris not on that stage," she surmised.

They say water can soothe the soul. This weekend, two families will take solace in a sport that's touched their lives and the lives of the people they've loved.

"They'll be with us," Lisa projected.