U.S. Marshals arrested 29 Latarius Howard for the shooting and charged him with capital murder. A second suspect was also apprehended. 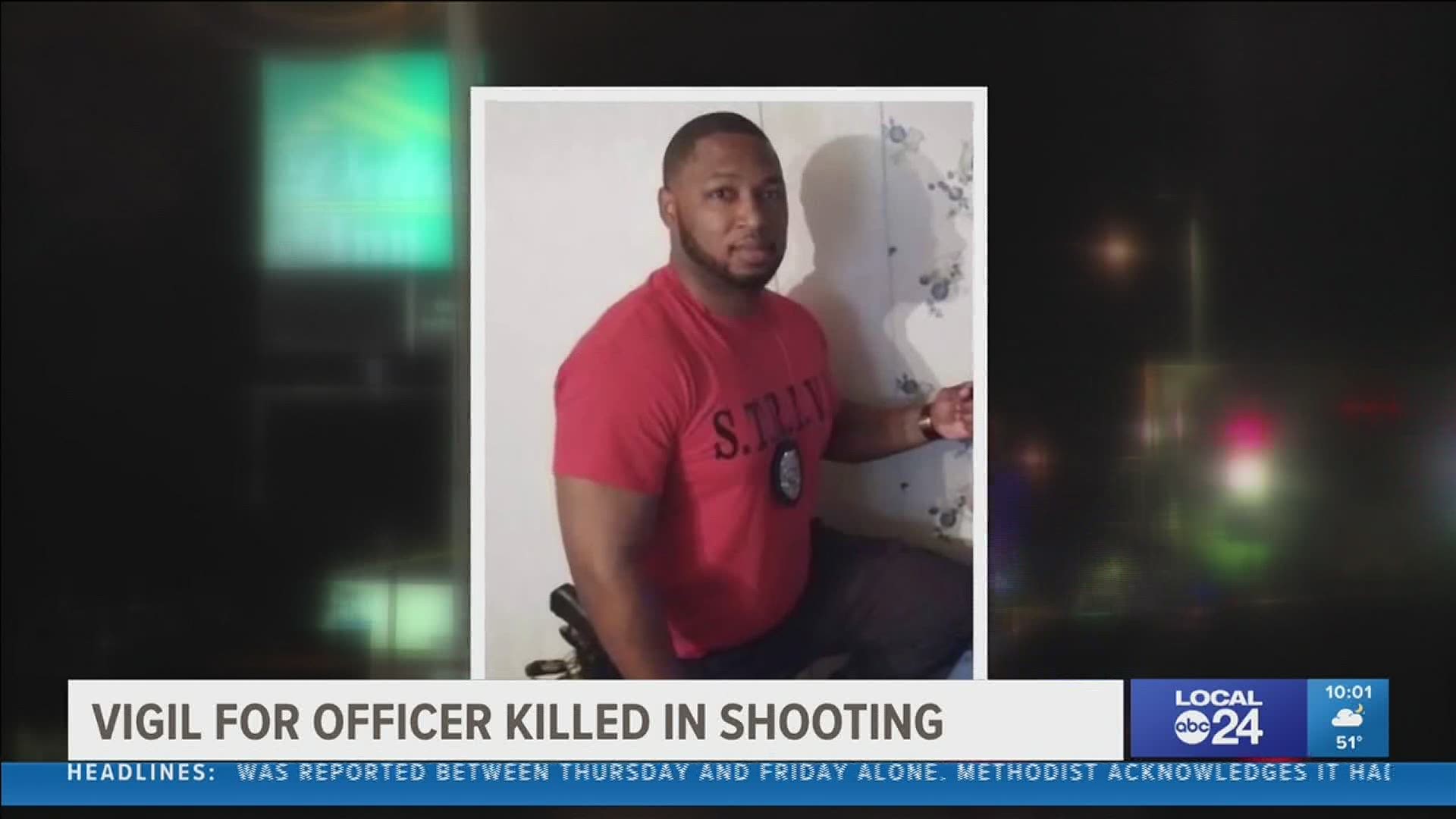 MEMPHIS, Tenn — A heartfelt candlelight vigil for a man who dedicated his life to service.

“His love was law enforcement and helping people. God said blessed are the peace makers and that’s what we do. We make peace,” said Uless Wallace, Travis Wallace’s uncle.

Law enforcement agencies across Arkansas and Mississippi came out in droves Friday evening to honor Wallace’s dedication to the Helena-West Helena Police Department. He served five years at the department.

“It can be dangerous but when we put the badge, when we wear the badge we know the ultimate sacrifice, we know daily there may not be a chance that you come back across that threshold and see your family,” said Helena-West Helena Police Chief James Smith.

Wallace was killed during a gun battle with 29-year-old Latarius Howard Thursday outside the Delta Inn on Highway 49 in Helena-West Helena.

“There was a warrant for his arrest for an aggravated assault that happened November 1 where an individual was shot with serious injury. We obtained a search warrant and a warrant to apprehend Mr. Howard but things turned bad,” Chief Smith explained.

U.S. Marshals found Howard at a home in Shaw, MS.  He’s now charged with capital murder.  Arkansas State Police say a second suspect, Bruce Hillie drove Howard out of state to Mississippi after the shooting.  Hillie was a also arrested and charged with gendering apprehension.

Here’s the scene in front of the Helena West Helena Police Department less than 24 hours after one of their own was killed last night while on duty. Officer Travis Wallace served on e department for 5 years. @LocalMemphis pic.twitter.com/YKfRh8qVG9

“It doesn’t feel real, it feels like a nightmare for us and I just can’t imagine what his son is going through because now he has to go through life without his dad,” said Terica Wallace, the victim’s sister.

“I’d like for him to be remembered as he was a hero, a person who was helping people. Not a zero standing on the sidelines we are on the frontlines of the accident,” Wallace uncle said.

Arkansas Governor Asa Hutchinson expressed his deep sadness on behalf of all Arkansans in Wallace death.  The Governor signed proclamation Friday to lower the state flag through the day of his memorial service.