A two-day celebration for the reopening of Capricorn Studios kicks off Monday. 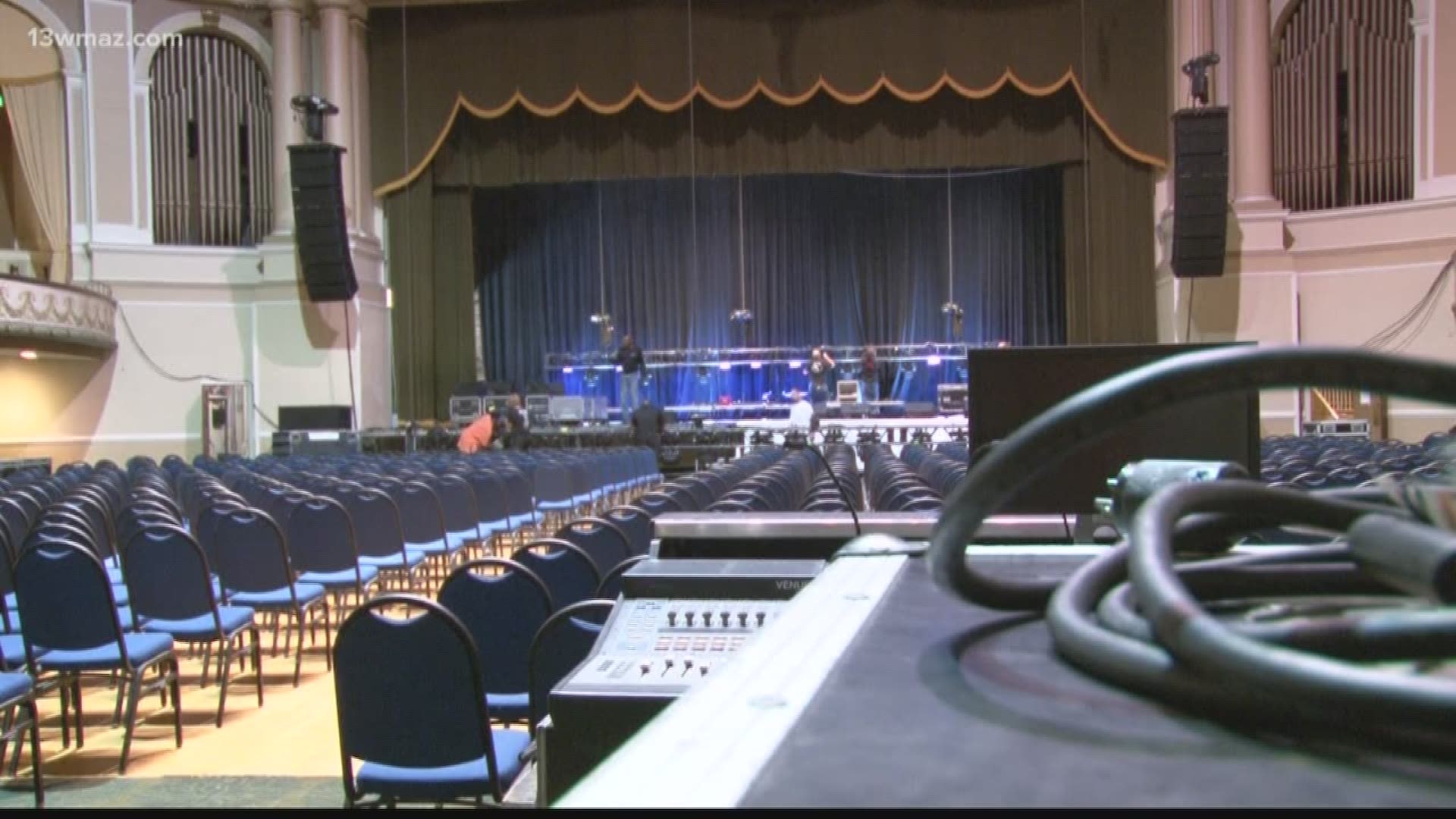 MACON, Ga. — A two-day celebration for the reopening of Capricorn Studios starts Monday and ends Tuesday night, with a concert hosted by Chuck Leavell at Macon City Auditorium.

Here's how the venue is preparing for the sold-out show.

Some of Southern Rock's greatest including Jaimoe of The Allman Brothers and Bonnie Bramlett are mixing in with some of the new up-and-coming artists, like Grammy-nominated Brent Cobb onstage this week.

The lineup was handpicked by Chuck Leavell, a former member of The Allman Brothers Band and current keyboardist for the Rolling Stones, and president of Creek Media and Moonhangar Group, Wes Griffith.

John Nixon and Warren "Scoots" Lyndon, Leavell's brother, worked behind the scenes for many of those iconic bands.

"There were bands like Jam Factory that turned into Tall Dogs, and then Joe English played with McCartney because of Dorsey. I mean, there's so much history here," said Nixon.

That history is mounted outside of the auditorium and throughout town. Nixon and Lyndon say the city allowed the bands to flourish.

"It's unique, it's singular, it really is. There might be Nashville, and there might be other bigger cities and stuff like that, it's just something in the water," said Nixon.

They say it's like a college reunion, getting everyone together to play again to celebrate the rebirth of the place that gave the bands a place to play and record -- Capricorn Records.

"When the brothers moved here, they played everywhere, everyday for free. They didn't care. They were just going to get up and play," said Nixon.

They hope it will inspire the younger bands to carry on the legacy of those great Macon bands and forge a new way of their own.

"There's a chance that it will carry on with younger people and create things even bigger and better. There's nothing like music," said Nixon.