It is just down the street from the Wendy's where Rayshard Brooks was fatally shot by police on Friday night. 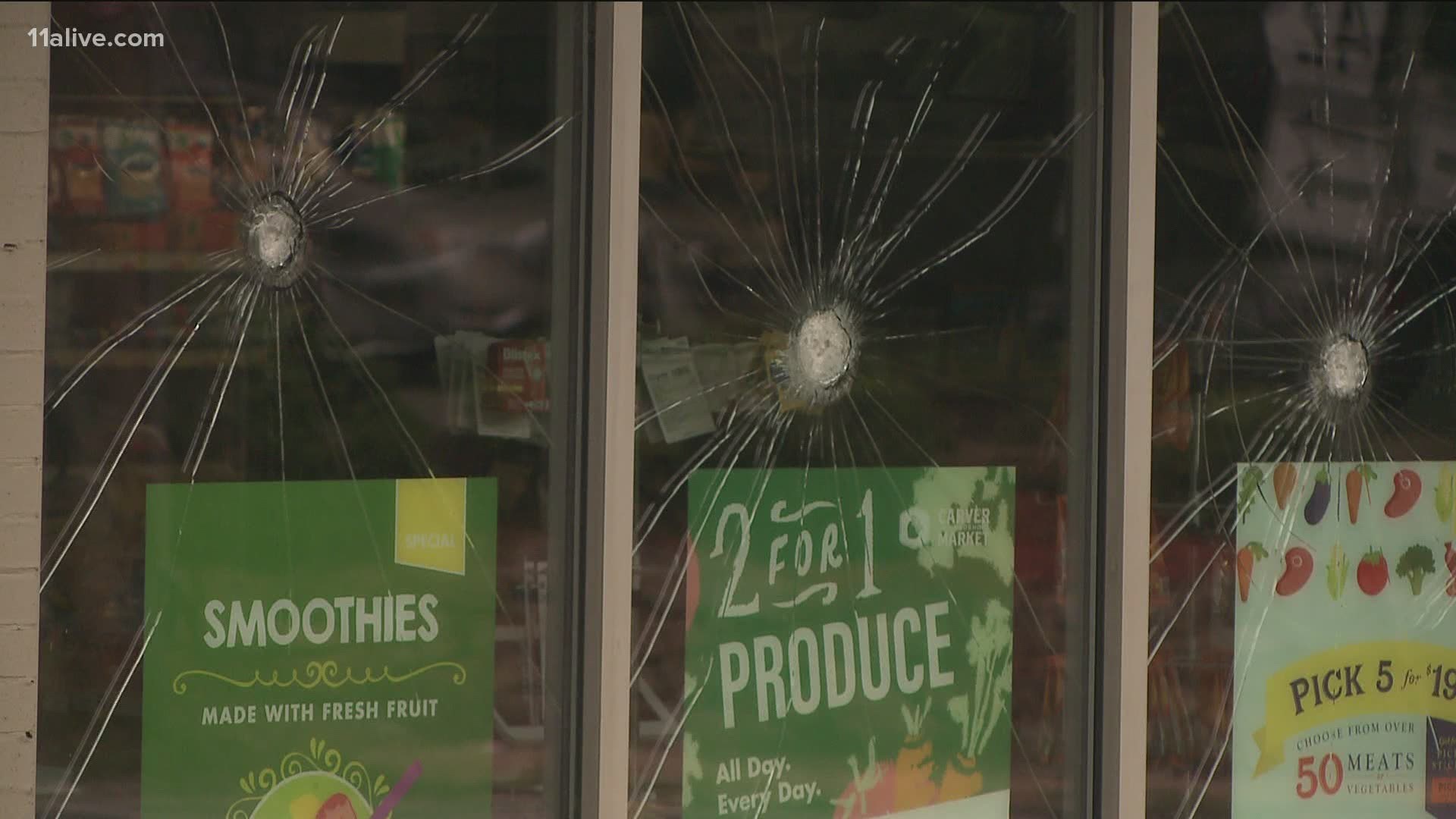 The building is just down the street from the Wendy's restaurant where Rayshard Brooks was fatally shot by police on Friday night.

Jeff Delp, who works for Focused Community Strategies (FCS), the company that manages the shops, said this is not reflective of the neighborhood.

"Its disappointment. Its sadness. It's frustration, mad you know, all that," he said. "This is not reflective of this neighborhood and our people."

Delp said that he feels it is part of a bigger national story of who is doing these crimes in predominantly black neighborhoods.

"It’s hard to take in the reality that what we’ve been seeing in the nation – has now shown up in our neighborhood," he said.

The market is the only grocery store in the area, providing fresh produce and meat at affordable prices -- as well as jobs. Dozens of volunteers spent the day helping clean up and board up the market. South Atlanta is considered a food desert.

In a press conference Monday afternoon, Mayor Keisha Lance Bottoms said that Wendy's was one of the only places nearby to buy a salad.

Woodson said he only wished the person responsible for the damage at Carver Market understood what these shops mean to the neighborhood.

Woodson said more than half of the staff is African American and most of them live in that neighborhood.

Dozens of volunteers and community members were out cleaning up, boarding up and painting the walls.

A police report obtained by 11Alive states that the responding officer viewed surveillance video and that the unknown male was wearing a grey hoodie, had black pants and black shoes with white trimming and is approximately 5-foot-7 and skinny.

On social media, managers thanked everyone for pitching in, saying they will remain open while repairs are made and are asking anyone who wants to help the shop, support their Share The Love campaign.