What's the cell phone policy at the Georgia polls?

With one day of early voting left and just five days until the election, the Macon-Bibb Board of Elections wants voters to know the policy when it comes to phones. 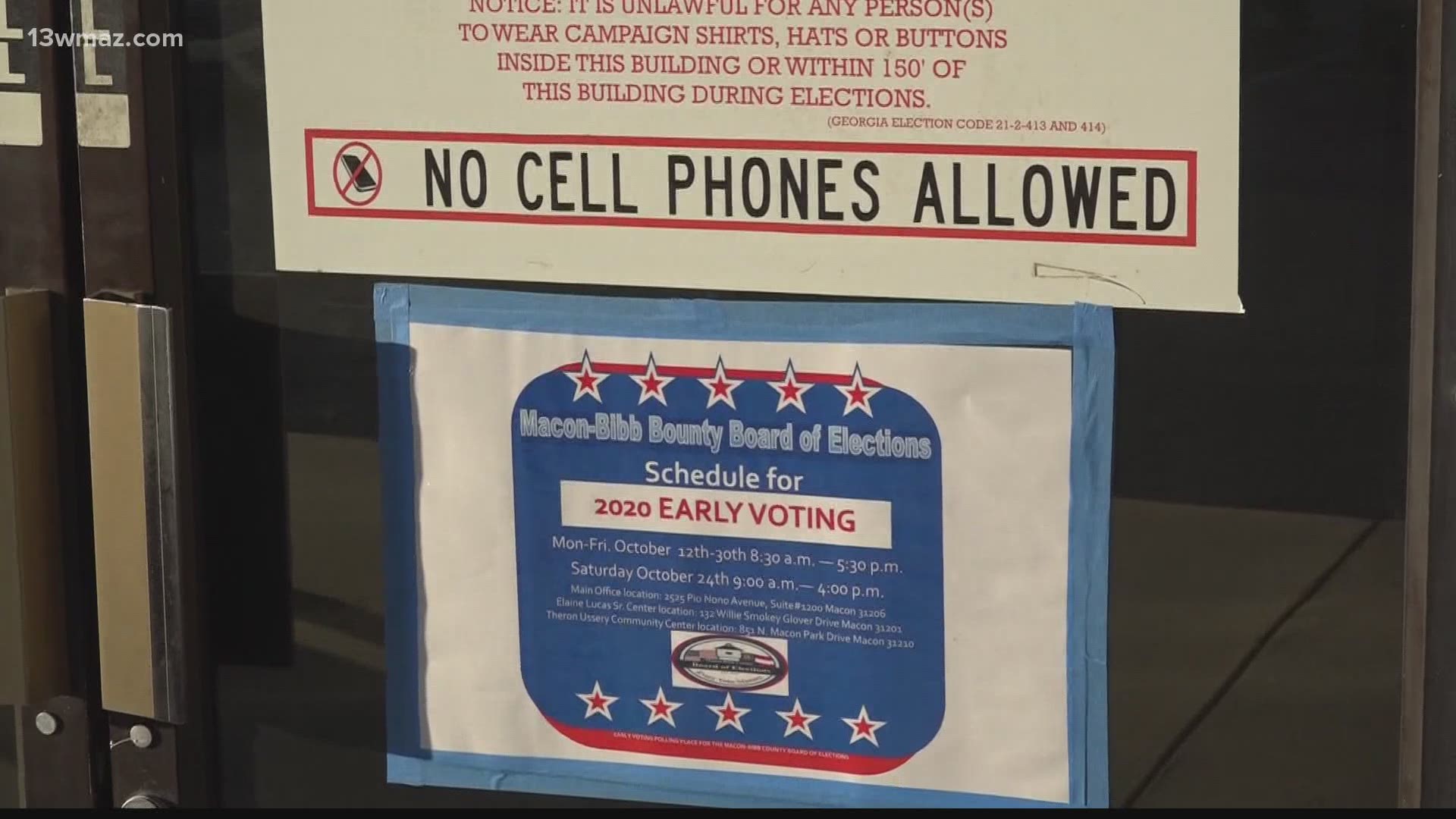 MACON, Ga. — If you're voting in person, state law says you're allowed to be on your phone while you're waiting in line, but once you get inside, it's time for you to turn off your phone and put it away.

Macon-Bibb Board of Elections chairman Mike Kaplan says during early voting, they've had a handful of instances where they had to remind voters to put their phones away once inside the building.

"You can't use your cell phone inside a polling place. That's not our law, we just enforce it," he says.

Kaplan says there are signs posted outside and inside each polling place, telling voters there are no phones allowed or to turn their phones on silent.

He says despite the warnings, there are times when people try to disobey and defy the poll workers.

"We can't do our job without our employees and it's important that they feel like they're safe and I can't have my poll workers feeling threatened, period," says Kaplan.

According to the Secretary of State's website, Georgia is one of the states where taking a picture of your ballot is also against the law.

Kaplan says the expectation is that everyone will follow this policy so they can get in to vote without any problems.

He also warns that being rude to poll workers will not be tolerated.

"People just need to be cognizant of the fact that these are basically volunteers who are getting paid and they don't deserve the disrespect," he says.