Central Georgia health department phone lines are slammed, but 2,000 people have made appointments

The North Central Health District, which includes Bibb and Houston County, has scheduled 2,233 vaccine appointments as of Tuesday afternoon. 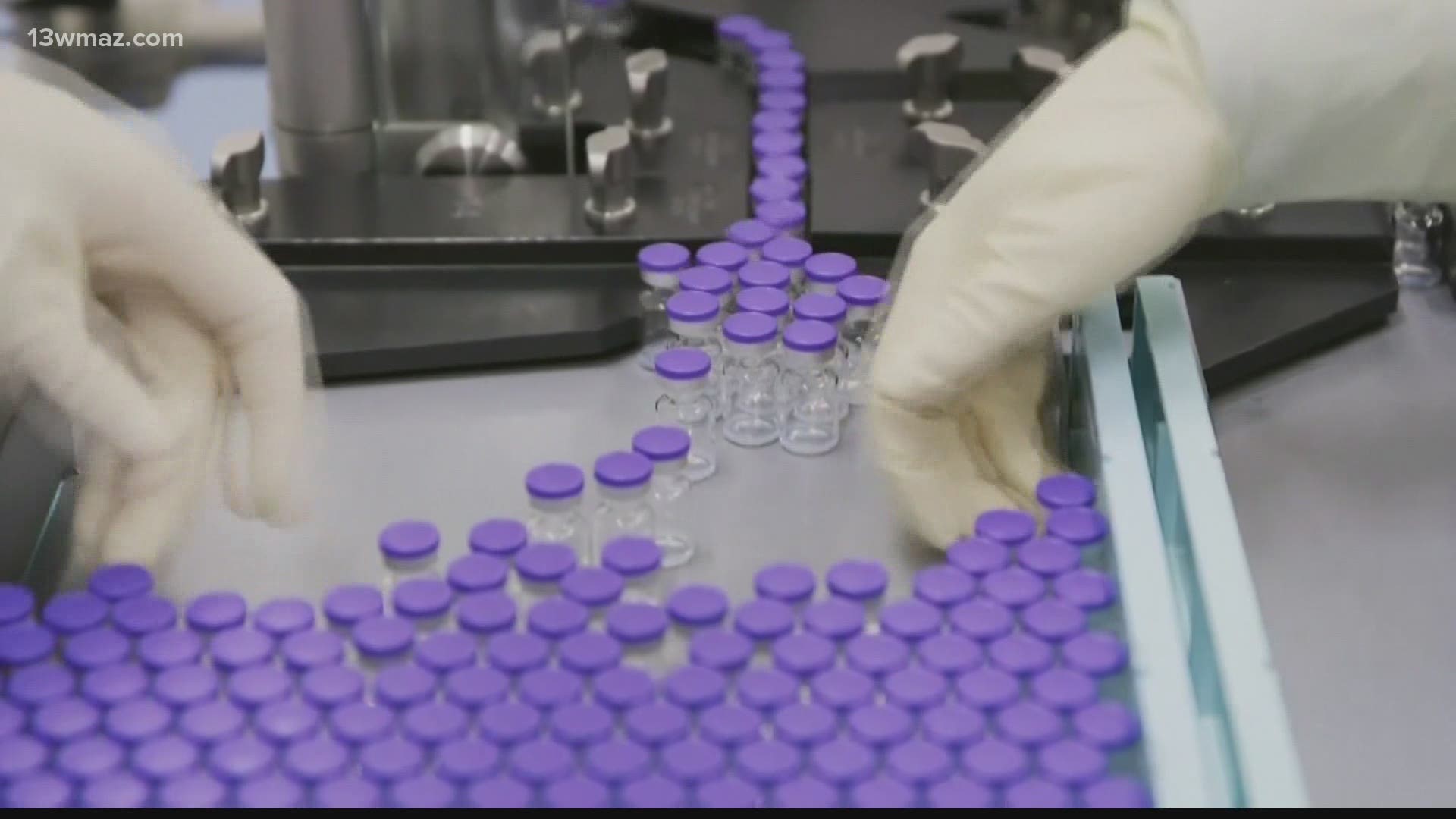 MACON, Ga. — As of Tuesday afternoon, 2,233 people in Central Georgia were able to schedule their vaccination appointment through the North Central Health District, but we've heard from many of you trying to schedule your vaccine appointments that you can't get through.

The North Central Health District, which includes counties like Bibb and Houston, open their phone line every morning at 8 a.m.

74-year-old Ron Caputi says he and his 72-year-old brother had a plan.

"My brother came to my house with his cell phone, my cell phone and my office phone," he said.

However, they didn't have any luck.

"They've got us seniors dialing 400 times a day with no answer to the telephone and it's a sad situation," said Caputi. "I imagine the seniors out there with arthritis and with problems that it's even painful to dial a telephone."

Ron Brennan says he called close to 1,000 times on Monday.

He started again on Tuesday and almost couldn't believe what he heard.

"I got through on the 5th call. It was relatively miraculous," he said.

Brennan says when he was finally put on hold, an automated voice told him how many people were ahead of him and how much longer it would be. From there, it took 30 minutes to talk to someone.

He made his appointment for next Thursday in Baldwin County.

Michael Hokanson with the North Central Health District says they were ready for the Phase 1A group, which included healthcare workers.

When the state opened up this expansion to adults 65+ and first responders, they were caught by surprise.

"We found out about the Phase 1A expansion the same time everybody else did," he says. "It threw us for a loop."

He says now instead of scheduling appointments for a few thousand healthcare workers and long terms care facilities, 85,000 more people are now eligible in their 13-county district.

"We know that our call line is absolutely slammed. It is slammed the moment that it opens to the moment that it closes. We are looking at solutions, but of course solutions require resources and manpower that we do not have right now," said Hokanson.

He says their resources are stretched thin. Not only are they scheduling appointments and giving vaccines, but they are still doing COVID-19 testing and running the day-to-day operations they're required to do.

"We have an all-hands-on-deck situation where people are filling positions they wouldn't normally work. We're trying to plug all these leaks and fill all these gaps, but that's not going to happen unless we have the resources and manpower to be able to deliver every single service at the same time," he said.

Hokanson says right now they have 16 people answering the phones.

The phone line can have 40 to 50 people on hold at a time, but if you aren't in that line, you'll get a busy signal.

"People are setting up auto-dialers to try and get through and that is definitely putting a strain on a system already," he said. "Within the first two hours of operation, our number was pinged over 50,000 times."

Hokanson says right now, they only have the hotline available for scheduling. They are working on getting an online option, but the versions they have tried so far have all crashed.

He says they are working with their phone line vendor to expand how many people can stay in their hold line and he says they are trying to bring more people in to answer the phones.

They are booked through the rest of this week, but he says they do still have openings for next week.

The phones lines are open Monday through Friday from 8 a.m. to 4:30 p.m. and on Saturday from 8 a.m. to noon. He says if you are on hold by 4:30 p.m., they won't hang up on you. They'll schedule everyone who is currently on hold, but won't take any new calls.

They also won't schedule your appointment for your second dose immediately after your first. Hokanson says you'll have to wait until the week you are due for your second shot to call.

"I hope it gets better as time goes by. Of course, that's going to mean improving additional infrastructure, creating new opportunities for vaccination sign up," he says.

On Facebook, the NCHD said as more people make their appointments, the easier it will be for people to get through.