"This is about protecting property and people. When people see the national guard, they know that we are here to help." 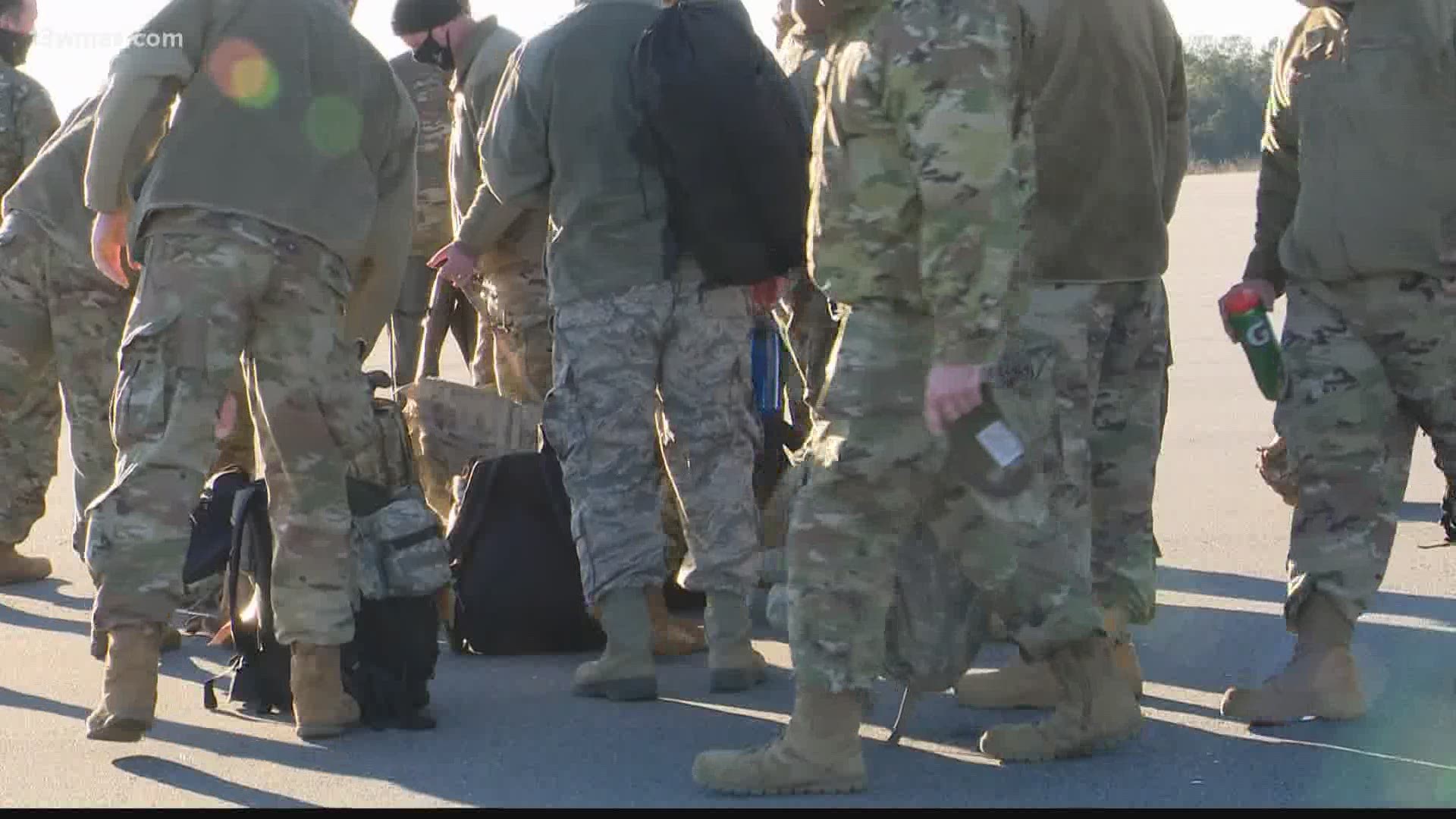 WARNER ROBINS, Ga. — Saturday afternoon about 60 national guardsmen took a flight to Washington, D.C. in support of the presidential inauguration.

"We'll be ready for anything that comes along," Dickinson said.

Waldrep says the excitement she's feeling stems from being able to be apart of this transition of power.

"This is about protecting property and people. When people see the national guard, they know that we are here to help," Waldrep said.

Even though the Guardsmen from Robins Air Force base have supported the past three presidential inaugurations, this particular inauguration is different.

Major General Tom Corton says that it is important now more than ever for the guardsmen to be the guarantors of freedom.

"This is obviously a historical event, we faced what many may call an attempted insurrection... So, in light of the events that took place on the sixth of January. We were asked to provide additional members of our formation to ensure a peaceful transition of power," Corton said.

He also says that he is very proud of them for stepping up to what may be, a challenge.

"Only one percent of the US population that ever puts on a uniform, and swears to essentially lay down their life for your freedom, and so it makes them special, it makes them different and it's an honor to be their senior server," Corton said.

"This is an experience that I wouldn't pass off for anything." Waldrep said.

The guardsmen will be heading back to Macon, next Thursday.