Counties can start counting at 9 a.m. Tuesday and must finish by December 2nd at midnight 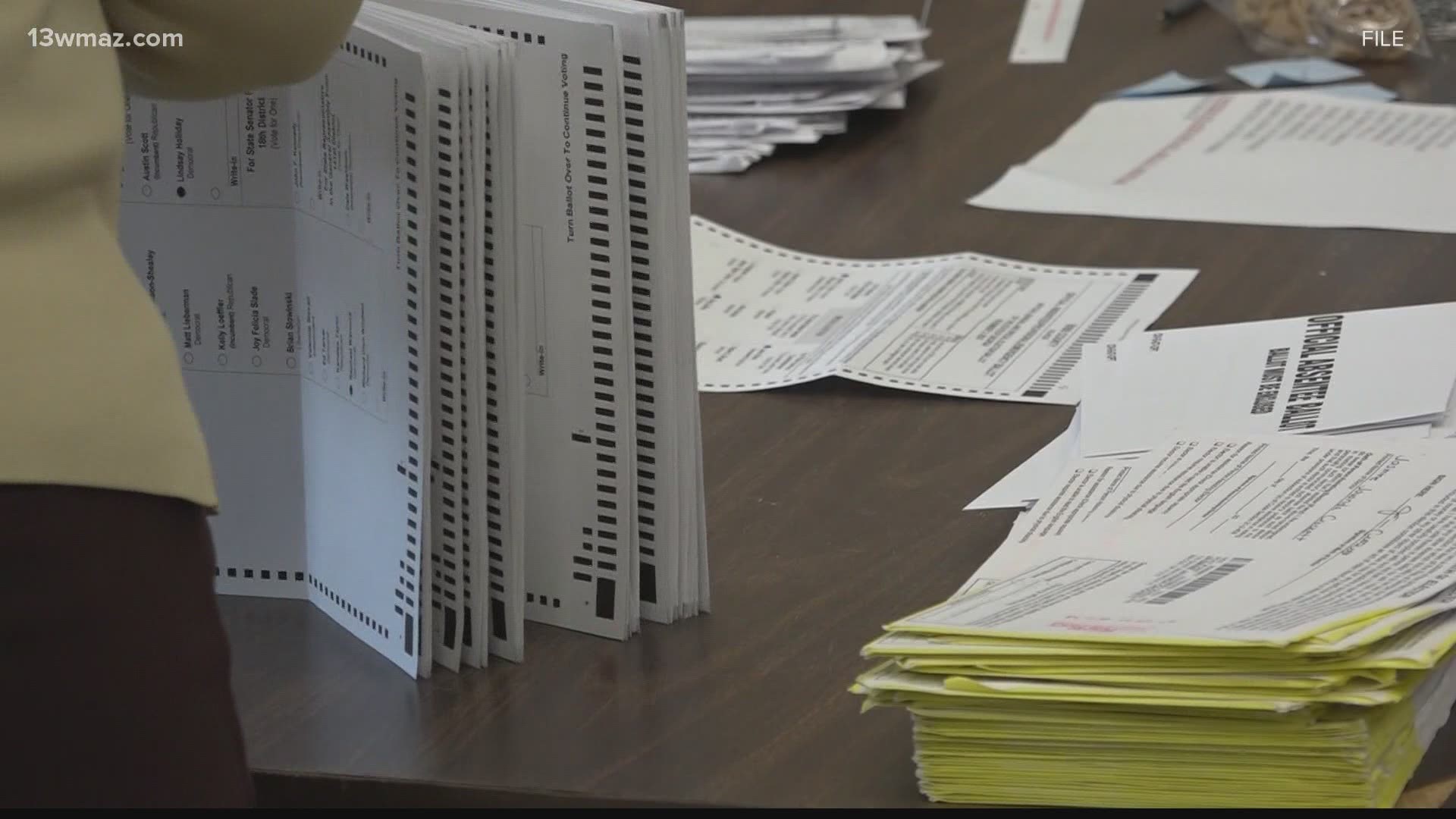 HOUSTON COUNTY, Ga. — Georgia is gearing up for another recount after President Trump made the official request on Saturday.

Remember, under Georgia law, a losing candidate may request a recount if the margin is less than or equal to 0.5%.

With the January 5th runoff right around the corner, election officials are now shifting their attention to yet another recount, scheduled to start Tuesday morning.

Unlike the audit completed last week, this recount will be done with machines, not by hand.

"The scanners are real fast. We have three of them in Houston County, so we can have three going at one time. I'd be surprised if it took more than two days to do," says Andy Holland with the Houston County Board of Elections.

He says this kind of recount requires a lot fewer people, so they're just relying on their office staff instead of bringing in volunteers.

"It'll just be switching gears for maybe two days to focus on the recount, knock that out, and then turn around and get back to focusing on the runoff," says Holland.

The Trump campaign also requested signature matching on absentee ballots, but both Holland and Mike Kaplan, Chairman of the Bibb County Board of Elections, say that is just not possible.

"We check signatures through the absentee ballot process twice. Once when the application comes in and again when the ballot comes back," says Holland. "You can certainly go back and look at the signatures again but the problem is there's no way to tie that signature back to a ballot."

"Once the ballot is separated from the envelope, we have no way of knowing how that person voted. That's law that there's secrecy in who you vote for."

So, who is paying for this?

The losing candidate is not responsible for the costs, which means taxpayers are footing the bill, but Kaplan says he doesn't anticipate the recount costing more than what is already in their budget.

"I think, budgetarily, we're fine. It's not gonna cost us that much money to redo this audit. These are employees who are on staff."

Just like with the hand recount, there will be observers from both the Democratic and Republican party.

Kaplan says since they will be in a smaller room, they are figuring out a way to have the observers close enough to see, but also keep them far enough away to ensure social distancing.

He also says if they don't finish by Wednesday, they will take Thursday and Friday off and start again next week.

The deadline to complete the count is December 2nd, next Wednesday, at midnight.