Squirrel hunting is for beginners, and the Georgia Department of Natural Resources says the pursuit of squirrels involves more action for the energetic youth 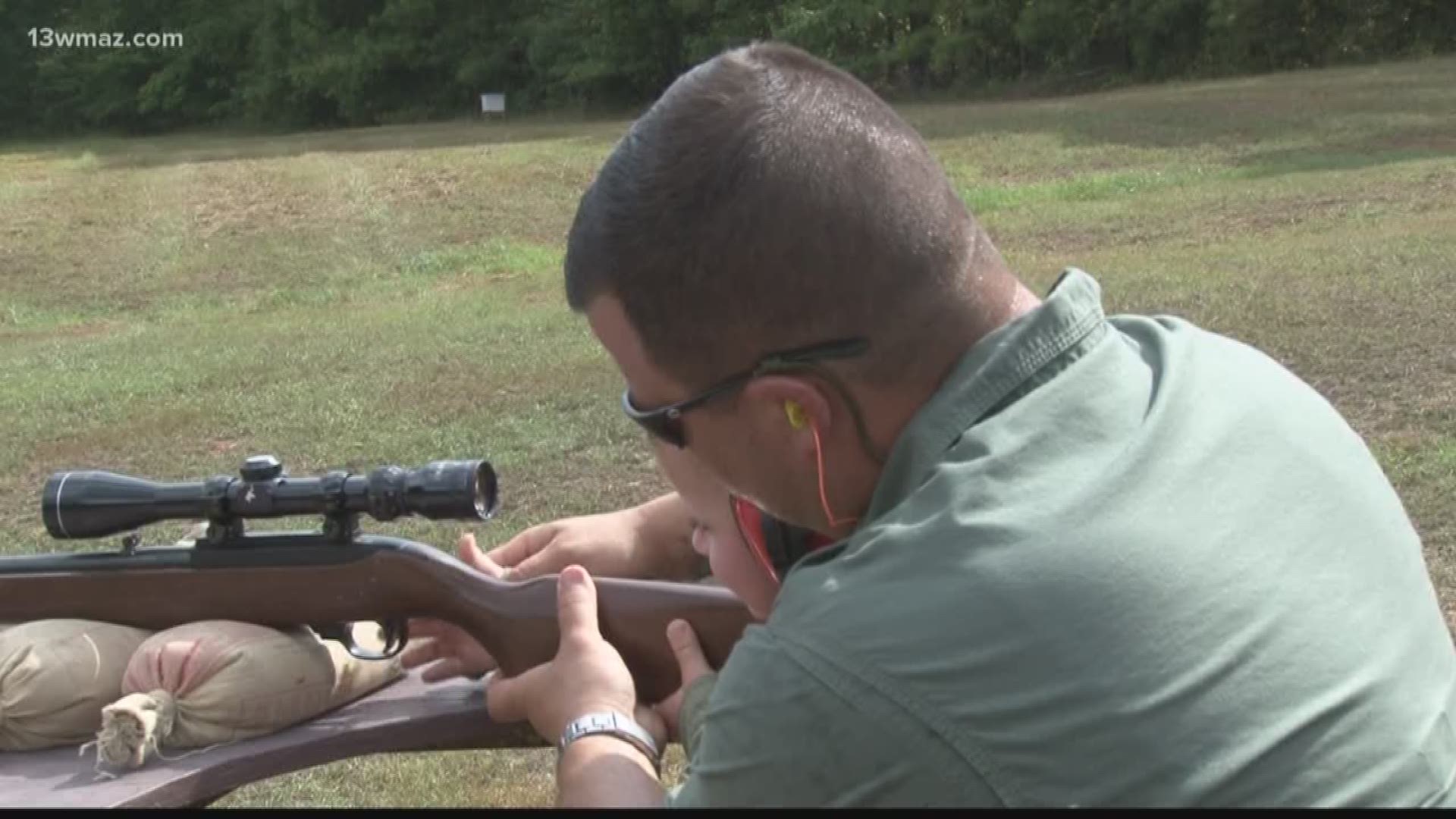 MONROE COUNTY, Ga. — It's almost time for hunting season, and small game hunters across Georgia will soon be putting squirrel meat on their tables and in their freezers.

Will Davis is teaching his 4-year-old son, Paxton, a family trade.

"Can you see the orange target?" asks Will.

The hobby has been passed down from generation to generation.

Right now, the target is the orange disks, but soon it will be bushy tails.

"I spent more time falling and crawling when we were squirrel hunting. I have fond memories of it when I was younger than [Paxton] starting to squirrel hunt," said Will.

Squirrel hunting is basically for beginners.The Georgia Department of Natural Resources says the pursuit of squirrels involves more action for the energetic youth. You don't have to be as quiet, and you can walk around.

Paxton may be just a beginner, but he says his shot is crisp for the start of the season.

Licensed hunters are allowed to kill up to 12 gray or fox squirrels per day during the season.

They aren't just for showing off as trophies, they make a good meal too.

"Everything that we hunt of course we eat, we don't just go shoot for fun. So, if we can't eat it, we don't shoot it," said Will.

Even if your shot doesn't hit the target, you still have good company around.

"Hunting is fun, but getting to see everybody is a good time too. I've been brought up hunting, and I want to continue that with Paxton, and my 18-month-old Knox when he is old enough," said Will.

It's a right of passage in the Davis family.