There are 11 stops on the tour, including five buildings where you can go inside. 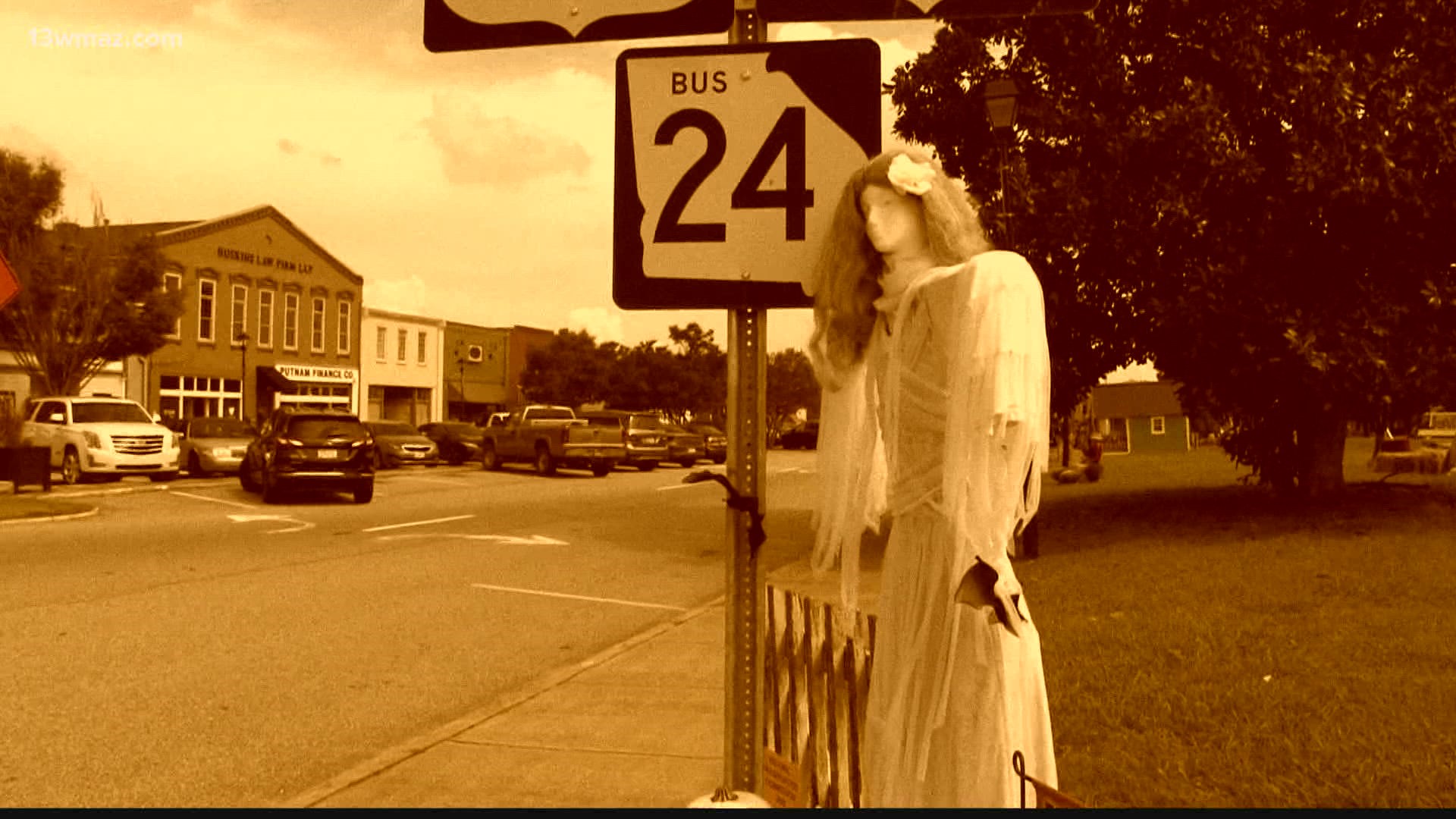 EATONTON, Ga. — On two Saturdays this month, you can follow some paranormal ghost hunters as they chase down spirits in Eatonton.

Eatonton surely is festive at this time of the year -- they've got 43 ghostly pumpkin creations dotting the landscape, but if you're looking for more serious ghost-hunting, this town has you covered.

"We have file cabinets where they open and you close them, and then five minutes later, you go back and they're open again all by themselves, and we've shimmed the furniture so we know the floor is not tilted," said Michael Homeier.

Homeier doesn't seem too concerned about the town's most famous ghost, Sylvia.

He says she haunts his property.

In fact, for Halloween this year, he even put her likeness in the window.

Melissa Swindell, who's in charge of this month's adventures, says builders put up the Panola House in 1854.

"Sylvia is known to wander the grounds wearing a white dress and a red rose in her hair. The story is believed that Sylvia fell to her death or possibly jumped to her death," said Swindell.

They say Sylvia isn't the town's only spirit.

The Plaza Performing Arts Center used to serve as the town's elementary school, and a stern guy served as principal, the resident ghost Mr. Dickey.

The plaza is also a school museum where folks can take tours.

Taylor Hembre says she checked in on the classroom and turned on the lights when a family visited.

Everything was in its place, and then, "There was a picture of Mr. Dickey, who is our said ghost, in the middle of the floor," sitting straight up, Hembre said.

It's stories like that which will fuel the Eatonton Ghost Tour this month.

"We are bringing in the Southeast Institute of Paranormal Research and their team to lead our paranormal investigations," Swindell said.

Those guys will show you all of their equipment and how they search for lost souls, and with October on the calendar, you've got to figure Sylvia might want to make an appearance.

There are 11 stops on the tour, including five buildings where you can go inside.