Changes to expect during this year's Cherry Blossom Festival 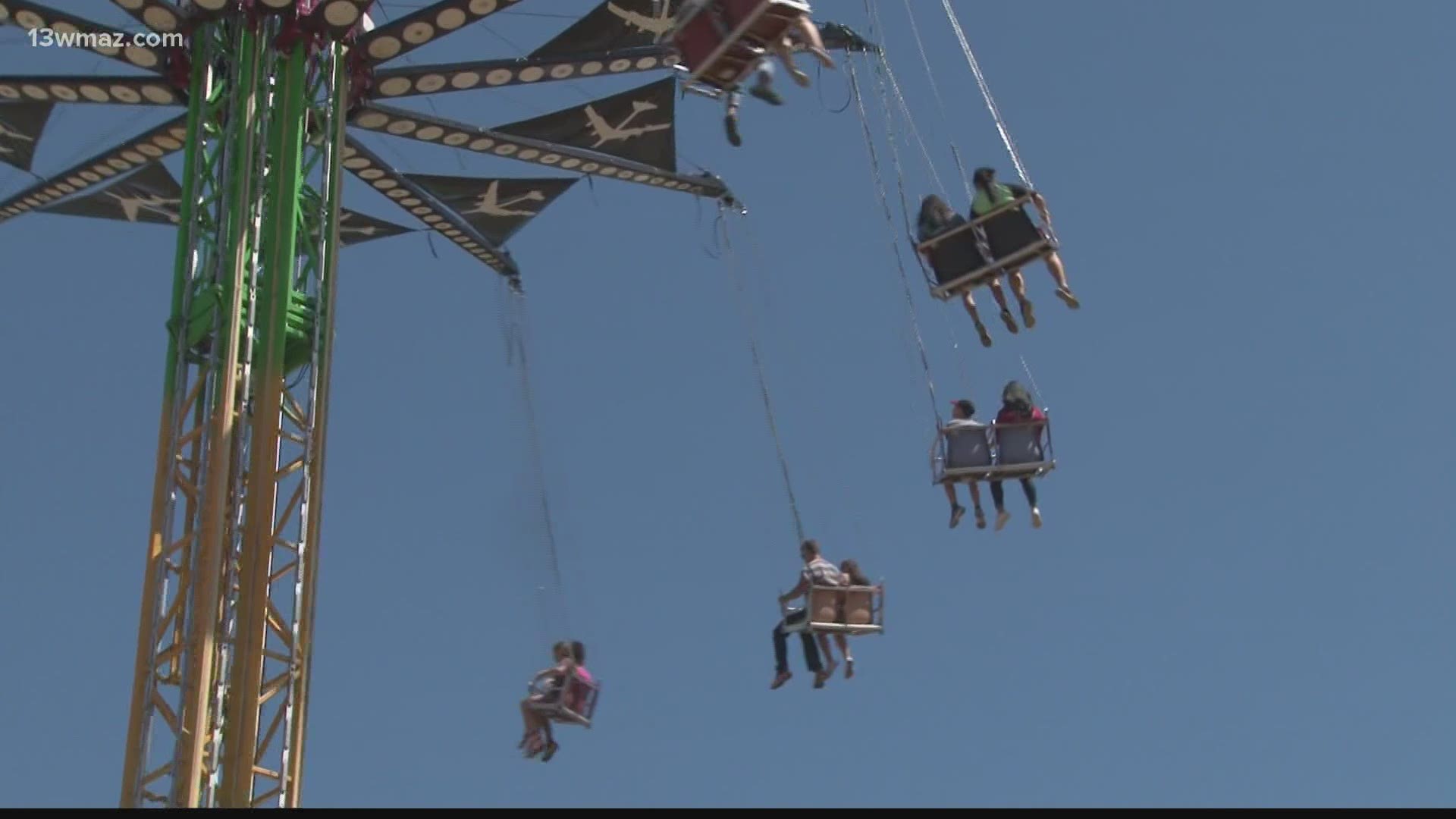 MACON, Ga. — After it was canceled in 2020, the Cherry Blossom Festival is on for 2021. The Pinkest Party on Earth is set to kick off in less than a month, but with some changes.

All in-person events will be outside, and some will move online, including the parade.

Instead of watching the parade shoulder-to-shoulder on the sidewalks, this year, you'll have to enjoy it from your couch.

Stacy Moore, president of the Cherry Blossom Festival, says the parade as well as the Wiener Dog Race and the Bed Race will be livestreamed online this year.

"Those are events that we really couldn't spread out due to the city blocks and how close they are," Moore said. "We are really excited to be able to sort of emulate what Macy's did for the Thanksgiving Day Parade."

Another big change is that the Fiesta Ball will be held in the street this year. All events normally held inside will move outdoors.

Moore says they'll be practicing social distancing at all events from the concert, where pods will be taped off, to the food truck frenzy.

"There'll be the same amount of food trucks, but everything will be a little more spread out," Moore said.

The Pasta on Poplar event is still a go, but it won't look like it used to.

"Last time that we were able to hold it, it was sort of a harvest-style dining experience. I mean, it'll be more spread out. It won't be one long table this year. You won't be able to have any food that you touch yourself, everything will be served to you," Moore said.

Also expect some changes before you're able to hop on your favorite amusements rides in Carolyn Crayton Park. Before you're allowed in, you have to get your temperature checked.

"We will have that as you come in either of the gates--north or south--as well as be asked to wear your mask unless you're eating or drinking," Moore said.

When you get to the rides, Moore says you'll notice the lines will be socially distanced, and after each ride, they'll be cleaned.

"It's almost like a fog machine where they can defog it and then wipe it down in between each ride, and then of course, you know, we will provide hand-washing stations, double what we normally have out there," Moore said.

Moore says they've spent the whole year planning this event to make sure the festival is fun but safe. She says if people are ready to come have some fun, they're ready to let them.