Charles Stanley to step down as senior pastor at First Baptist

Dr. Anthony George will take over as senior pastor. 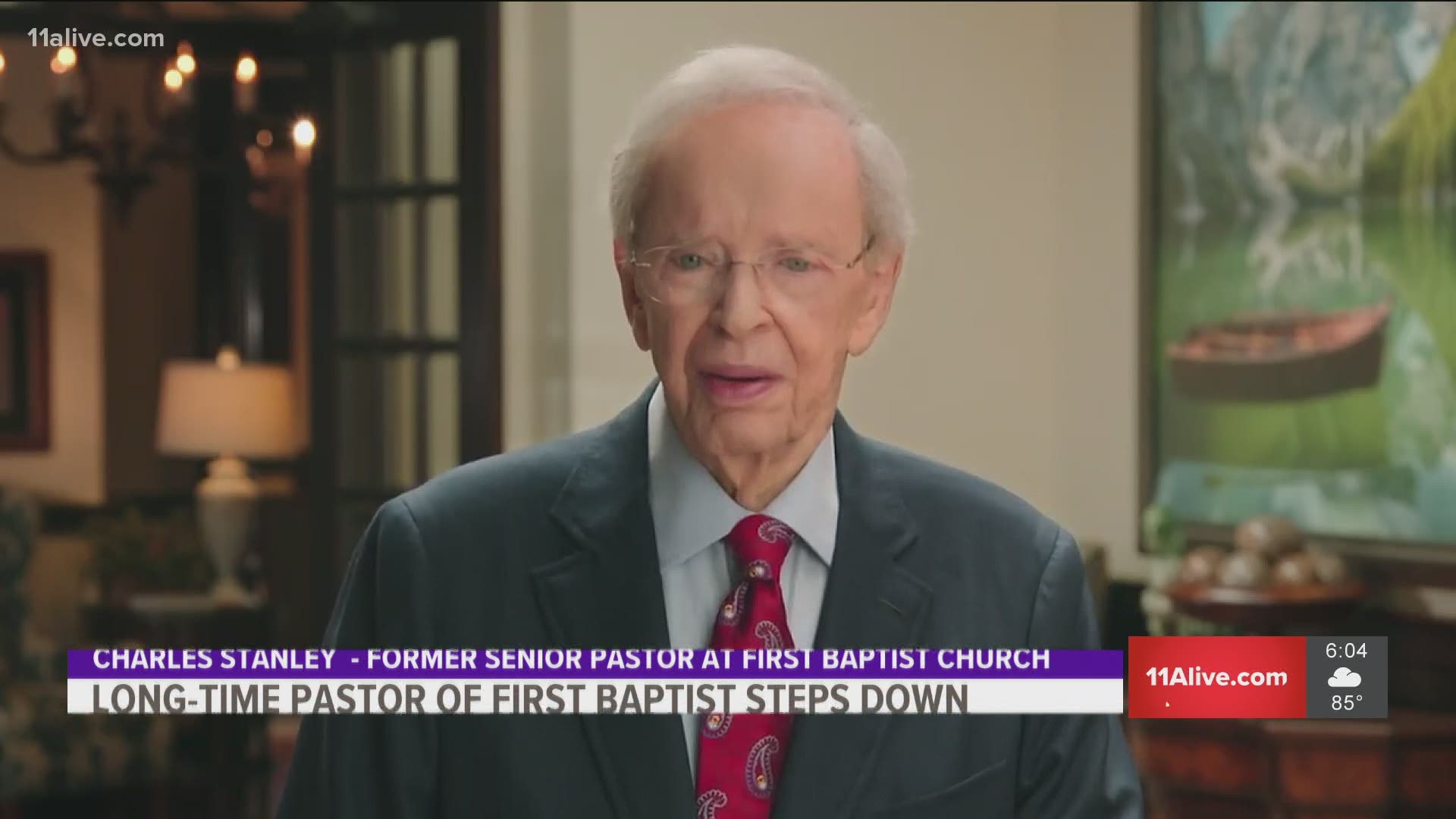 ATLANTA — Charles Stanley is stepping down as senior pastor at First Baptist, he announced today during a pre-recorded streaming service.

He is set to transition to Pastor Emeritus, the church announced.

"We are forever indebted to this man of God—not only our faithful pastor, but also a pastor to millions around the world," they said on Facebook.

Dr. Anthony George will take over as senior pastor, they announced.

Stanley’s tenure at the historic Atlanta church began in 1969 when the church was located on Peachtree Street in downtown Atlanta. He was elected in 1971 as senior pastor. In 1982, Stanley founded In Touch Ministries "to broaden the reach of his pulpit ministry through media and to satisfy the growing demand for his messages across the country."

“Earlier this month, I informed the board that I felt the time had come for me to step down as Senior Pastor,” he said. “I have many wonderful memories. But as much as I love being your pastor, I know in my heart this season has come to an end.” Referring to his upcoming eighty-eighth birthday later this month, Stanley remarked, “To say I didn’t rush this decision would certainly be an understatement.”

George has served as Stanley’s assistant and as the church’s associate pastor since 2012. Before coming to Atlanta, he served as senior pastor of the Aloma Church in Winter Park, Florida, for fifteen years.

In December 2017, Stanley led First Baptist to adopt a formal succession plan in which George was named as the church’s next pastor.

Speaking of George today, Stanley said, “I am so grateful for him. Thanks to Anthony’s leadership and his love for you and his love for God,I have no doubt that there are many great days ahead for the First Baptist Church of Atlanta. My hope is that the greatest days are still ahead."

Stanley will turn 88-years-old this month.

According to a news release, the church currently has more than 12,000 members, and the global viewing audience of Stanley’s sermons is estimated at "well into the millions."