This year, the party is moving to Central City Park, and some of the businesses on Cherry Street have mixed feelings about it. 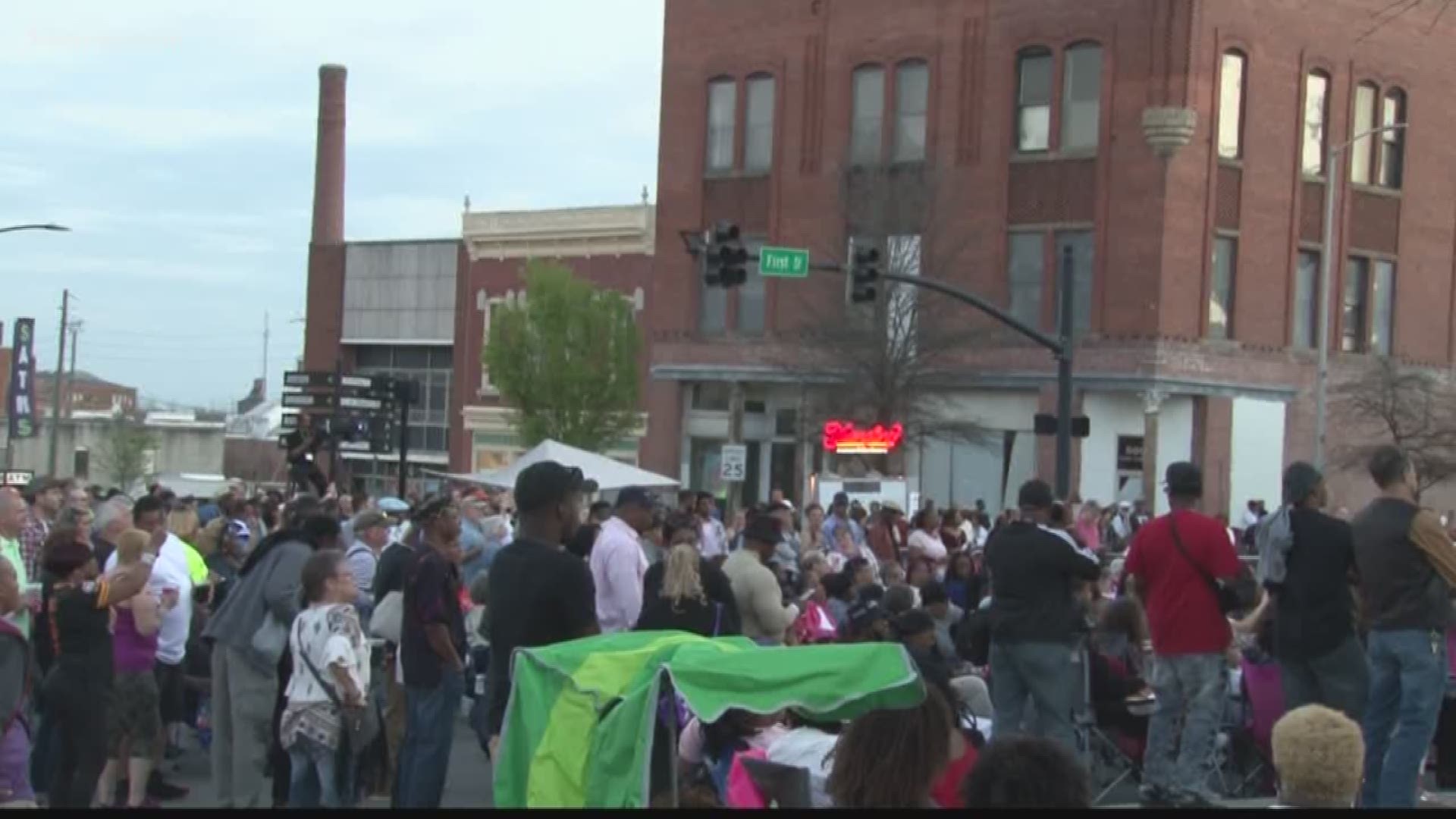 The Cherry Blossom Festival returns for its 38th year, and Friday, organizers announced some changes, and one of the most popular events is switching locations.

Cherry Street is the usual location for the Cherry Blossom Street Party, but this year, the party is moving to Central City Park and some of the businesses on this street have mixed feelings about it.

"Honestly, it's a little depressing to not have the street party downtown," said Meagan Jenkins, who manages both The Greek Bar and Grill and Cherry Street Scoops. She says she started planning for the big crowd that comes with the Cherry Blossom Festival.

"It's the busiest weekend of the year. We prepare for it months in advance. I already started stocking up our staff, so it's good to know that I probably don't need to do that anymore," Jenkins said.

The manpower may no longer be necessary since the Cherry Blossom Festival announced it's moving its street party out of the downtown.

Jenkins says the crowds from the party will be missed.

"It's just an experience that everyone looks forward to every year, just like Bragg Jam. Are you going to take Bragg Jam out of downtown, too?" asked Jenkins.

Across the street at Reboot Retrocade and Bar, employee Alec Kessler says he's worked downtown for a few years, but he says moving the party may not be so bad.

"Moving it makes sense -- their reasoning for moving it, to be able to keep ticket prices down and draw in more business. Honestly, at this point, any kind of revenue for the city is gonna be a good thing," said Kessler.

Stacy Moore, the president of the festival, says the move to Central City Park will save them money and keep ticket prices low because they won't have to construct a second stage downtown.

Kessler hopes that people may still stop by.

"People are probably come from there and come down here, so that may give us a little bump in business," Kessler said.

With the location switch, the concert is free to anyone who pays the $5 admission to Central City Park.

In past years, the street party ticket cost $20.

The headline act for that concert is Nashville star Drake White, and the opening act is Central Georgia performer Travis Denning.