Chuck Leavell, a former member of The Allman Brothers Band and current keyboardist for the Rolling Stones, was one of the original musicians to record at Capricorn. 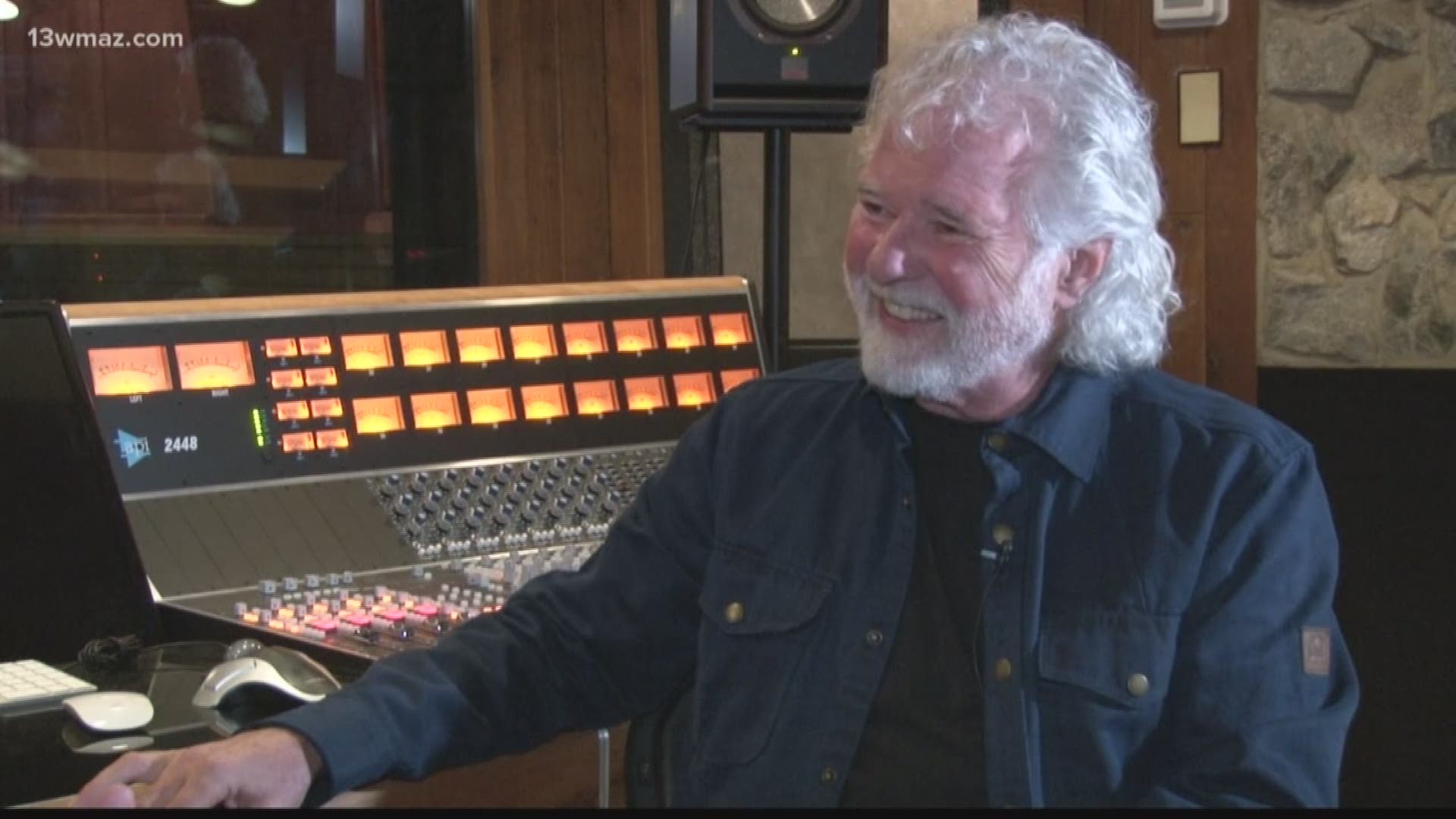 But Redding died in a plane crash before the dream was realized and the brothers got some help from Frank Fenter to start Capricorn Records in 1969.

Now, 50 years later, the studio at Capricorn is re-opening next week.

Chuck Leavell, a former member of The Allman Brothers Band and current touring keyboardist for the Rolling Stones, was one of the original musicians to record at Capricorn.

He took 13WMAZ inside the historic studio and down memory lane.

The year was 1969…it was the first time a young Chuck Leavell walked through the doors to the studio. At 17-years-old he followed bandmate Paul Hornsby to Macon where Phil planned to launch a studio.

“This is the original studio entrance – they’ve still got the bubble on here,” said Leavell.

“It looks so… I mean, it is exactly the same as it was,” said Leavell.

From the burlap paneling to the wood-shingle walls to the control room, the soundboard is one of the only major changes.

It’s an impressive list and even more artists signed by other labels poured their hearts out in the room.

Leavell says there wasn’t a lot of sound editing back then. On most songs, the full band played and recorded all at once.

Hear more from Leavell on how analog recording works below:

He started playing the keys with Gregg Allman first, and then the rest of the band in 1972.

With strong creative personalities and the pressure of performing, there were arguments and sometimes accidents.

“There was an incident where Dickey Betts had a drink in his hand, tripped, and spilled his drink right in the electronic section, and everybody says "Oh no! Stop! Stop! Turn it off,’ and we had to take it apart and take hair dryers and blow in there and try to [dry it]. Luckily, nothing was critically wrong,” said Leavell.

Hear more about the hair dryer incident below:

He got another lucky break on his first trip to Capricorn where he met a fashionable young woman who worked in the studio’s office.

“He was a little hippie boy,” recalled Rose Lane.

Leavell says it took a while to win over Rose Lane White.

“You know I was penniless at the time, I really was, and it took until I got the job with The Allman Brothers Band and I thought maybe I'm worthy for a date. So, I asked her out and lo and behold, she agreed. We've been together ever since New Year's Eve 1972 into 1973,” said Leavell.

Hear more from Leavell on how he met his wife below:

He recorded at Capricorn with the band until 1976 and then he formed jazz fusion group Sea Level with band members Lamar Williams and drummer Jaimoe Johanson. They played on through 1978 until Capricorn went bankrupt.

“Everything sold, you know, it was really sad to know that wonderful piano that I played ‘Jessica’ on went on the auction block,” said Leavell.

By 1979, the studio closed and the building changed hands. Phoenix Sound Studio used it during the 90s, but it sat mostly unchanged by occasional tenants.

By 2010, the Georgia Trust for Historic Preservation put it on their ‘Places in Peril’ list.

“It could have easily -- and was discussed many times -- to be torn down or to be put into offices or something. I think it's just the hand of fate that's kept it what it is,” said Leavell. “What I'm excited about is to see the young people come in here and work in this room [and make new music here. The history is wonderful].  I'm proud of the history, but there's a lot more music to be made here.”

Hear from Leavell on if he thinks the Rolling Stones will record in Macon below:

The public dedication of Mercer Music at Capricorn begins at 2 p.m. on Dec. 3rd, followed by public tours. The sold-out Capricorn Revival concert is that night at 8 p.m. at the Macon City Auditorium.

One of the younger bands performing at that concert is Macon's Magnolia Moon.

Anchor Lori Johnson has more on how the brothers are shaping Macon’s music future on 13WMAZ News at 11 p.m. on Tuesday, Nov. 26.