A table is set up with 13 chairs, 13 beers and a photo of each soldier right when you walk into the restaurant. 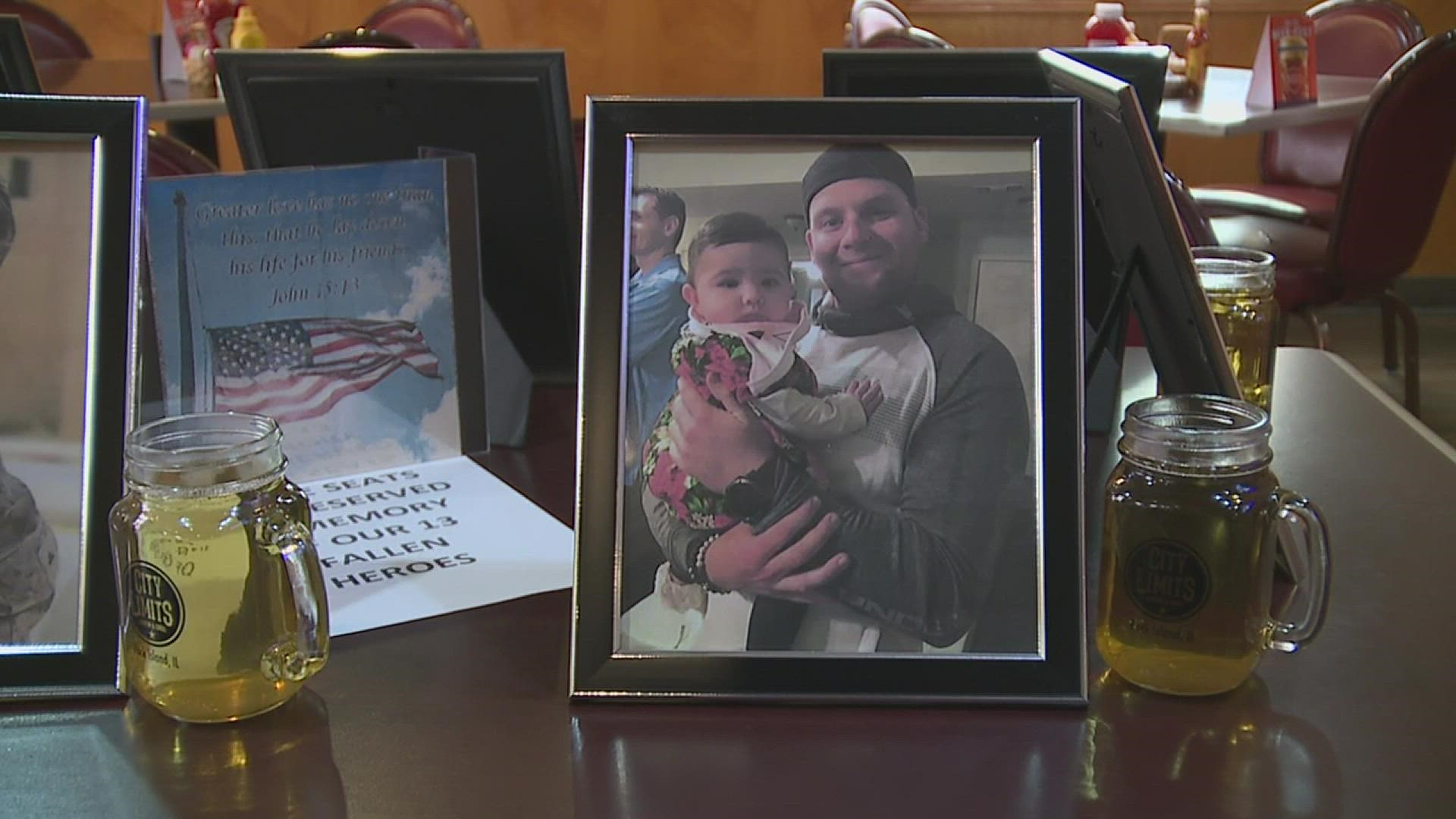 ROCK ISLAND, Ill. — Right when you walk into City Limits Saloon and Grill in Rock Island, a table is set up in the middle of the restaurant. It's surrounded by 13 empty chairs, 13 full glasses of beer and a photo of each service member that was killed in the Kabul airport attack last Thursday.

"I was just struck by wow, when I walked in," diner Peggy Warren said. "It almost moves you to tears, or does move you to tears, to just see that."

Tributes like this are popping up on social media in bars and restaurants all over the country. City Limits General Manager Julie Perez said she had seen photos on Facebook, but she noticed none of them included photos of the service members.

"I didn't want these kids to get lost in all the jumble of everything else going on," she said. "I guess that's more like, you know, to really give them a face so that someone can say, 'Oh my gosh, these kids do this for our country.'"

Some of the photos show them with parents or a baby. One has a note on it, "All good here Mom. I love you."

"That really touched me because it was, when he said that, it was fine," Warren said. "Just a week ago, it was fine."

Perez spent time finding the photos online and reading about each soldier.

"There's one 20-year-old who was going to have a baby in a couple weeks. Actually September 26, I think his baby was due," Perez said.

Perez set the tribute up on Monday and it will remain up through the weekend of 9/11. For her, it's personal because her son recently joined the Army National Guard.

"It kind of hit home for me like, gosh, this could have been my child deployed over there," she said.

Some of the fallen soldiers weren't even old enough to legally drink.

"They were babies," Perez said. "But I figured, you know, these kids served, they can have a beer. It's kind of like a memorial like this one's for you, and thank you, thank you for your service."