The city wants to host job fairs, and classes for the elderly to learn how to work a computer. 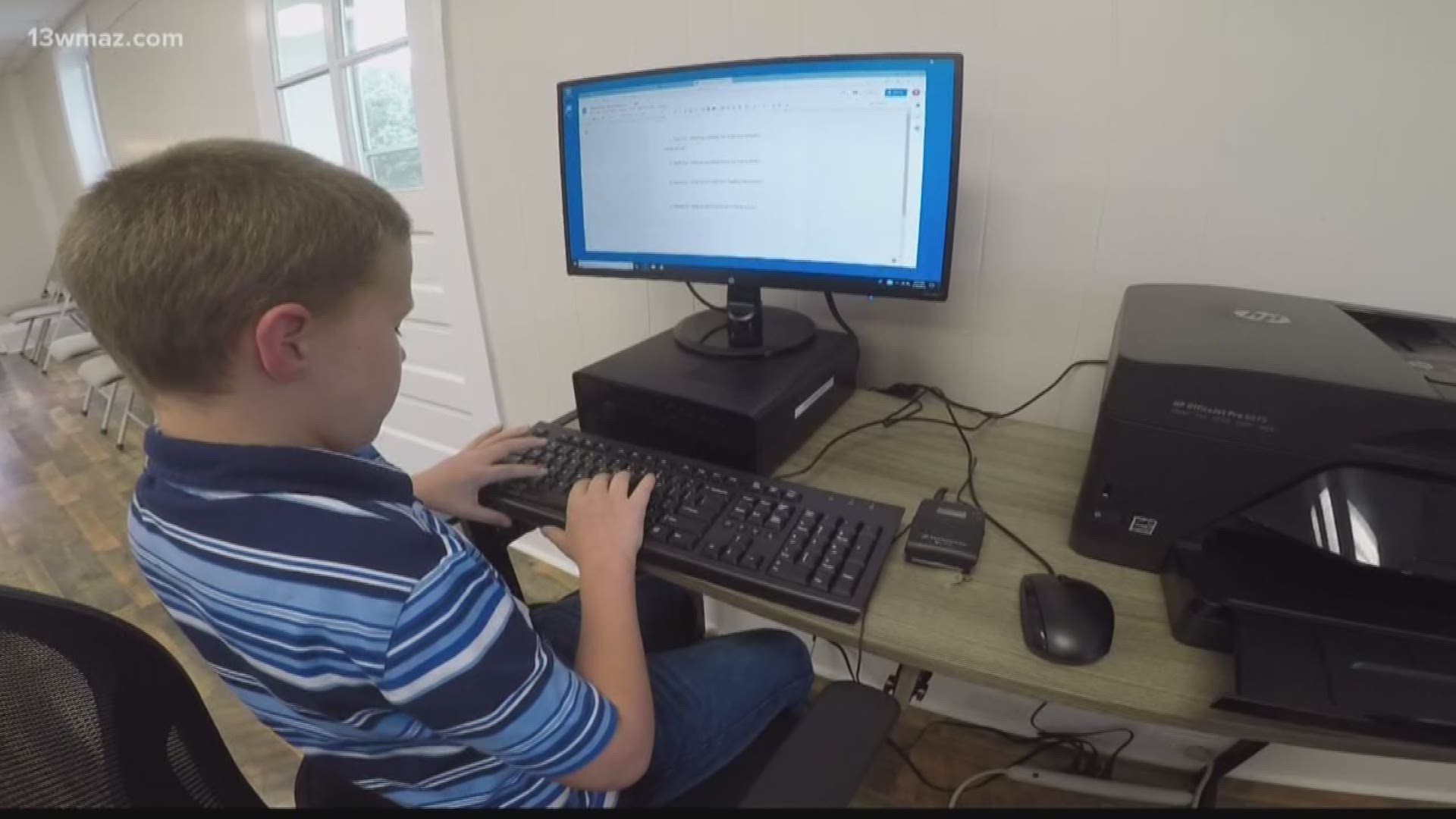 CULLODEN, Ga. — The city of Culloden renovated their clubhouse downtown to serve as a community center for people who need internet access and a place for the elderly to learn how to use computers.

"We normally do like paper and stuff," says fourth-grader Shane Hall

Hall typically does his homework the old-fashioned way -- with pen and paper. "It works. I mean, it makes my hands hurt more," he said.

Just down the road from his home in Culloden, he has free access to a computer now.

It makes it easier to complete his online homework assignments.

"Practice for Milestones last year, I had to do it on my mom's phone or her computer. It was kind of hard because I had to go across the street," says Hall.

The city created a new community center with two computers and free WiFi.

Now, people without internet have a place to come.

"We have great internet here. It's just economically not feasible for the mean average household, because it is very costly. It cost about $200 a month for a decent internet service out here," says Culloden Mayor Lynn Miller.

The center will also be a place where friends and neighbors can hang out and enjoy each others company, something long-time Culloden residents miss.

"Everybody in the town was involved in it, and now, you can't see anybody involved in things like that," says former Culloden Mayor Edd Norris. He served Culloden for nearly 20 years as mayor.

The elderly can also learn how to use computers.

"Her phone bills online, her banking -- whatever -- and having a facility like this will make life easier for those people that have to have internet access occasionally," says Bettye King.

People can hold after school programs here or simply have a place to hang out with neighbors and friends.

The building is dedicated to several Culloden community members who, over the years, gave back to the town and supported it.

RELATED: 'I can't do my job without it:' Peach County residents deal with lack of rural broadband