The city of Gray Fire Department is in the process of ditching the traditional fire helmets with sleeker, safer, and lighter new ones. 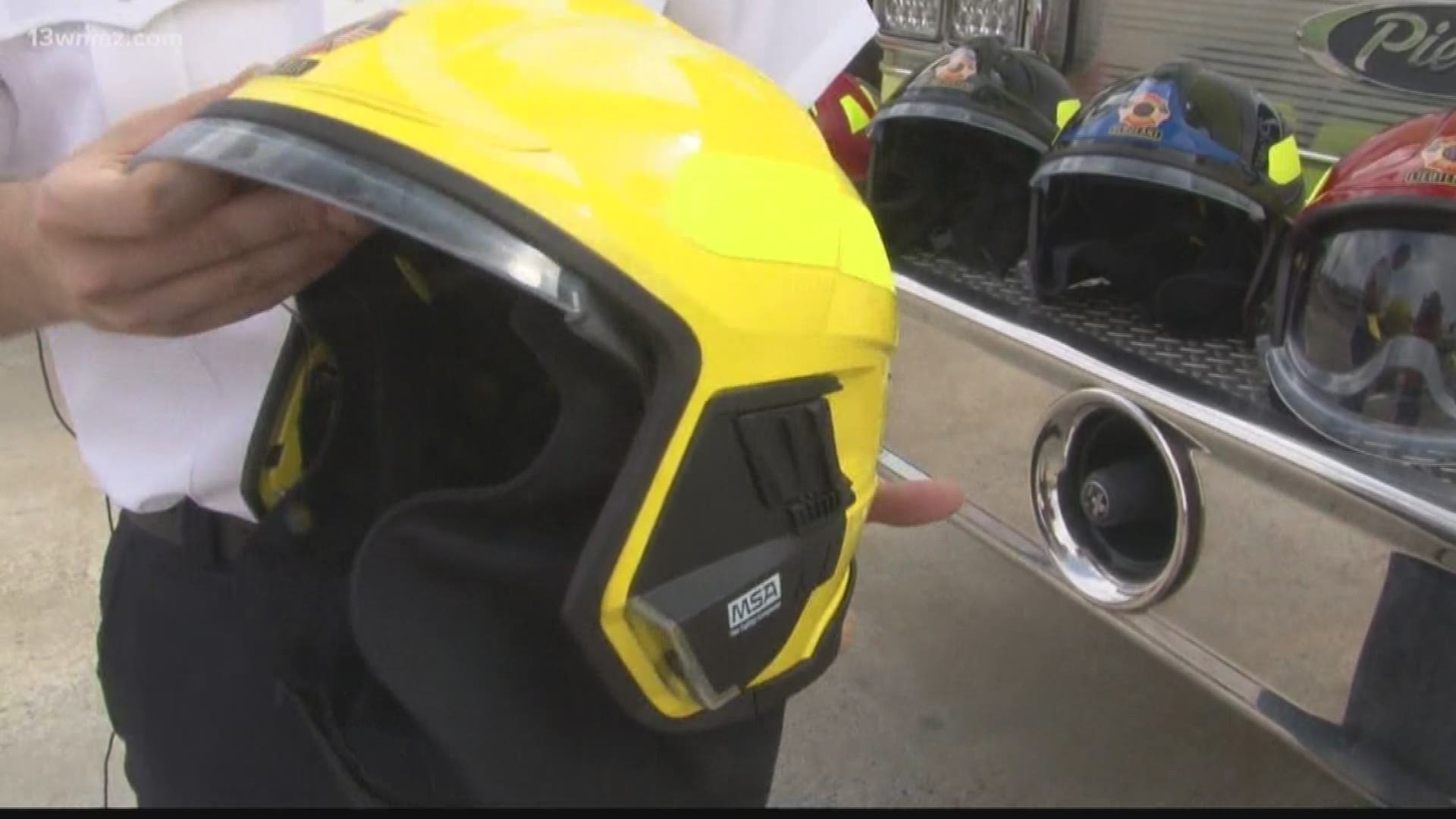 Before heading out on calls, firefighters must put on over 70 pounds of equipment.

This equipment, of course, includes the very familiar fire helmet.

The centuries-long tradition is now changing at their department as a new style and standard arises.

"It takes a lot less time to take them off and put them on, and they're a lot more streamline for tight spaces," Eisele said, explaining some of the benefits of the new helmets.

Their motorcycle helmet appearance is very different from the traditional helmet.

They have an almost futuristic look, which 25-year firefighter Captain John Wood had to get used to.

"I kinda giggled the first time I saw the GPSTC guys wearing it," Wood said.

"I was like, 'Hmm, that's interesting,' but then I studied it," Wood continued.

Wood learned not only are the helmets sleeker and lighter, but safer.

"There's a face shield that fully protects your face along with the sides. It'll protect the side of your head and the back more than the traditional helmet does," Eisele said.

The new equipment also sets fire to the cancer risk old helmets carry through a removable and washable interior.

"What that does is keep your helmet clean so the carcinogens aren't constantly getting on your hair, your neck, your face," Eisele described.

Wood says he hopes people and other departments can see how beneficial the new helmets are.

"People, as they see them and are able to handle them, they're gonna fall in love with them, hopefully."

The new helmets cost about $50 more than the traditional helmets.

The Gray Fire Department hopes to have all traditional helmets replaced with new ones by 2021.