Over 100 workers help to cleanup after train derails in Byromville

It happened on Highway 90, causing piles of debris and about 30 train cars to come crashing to the ground -- everyone within a half mile radius was told to 'get out.' 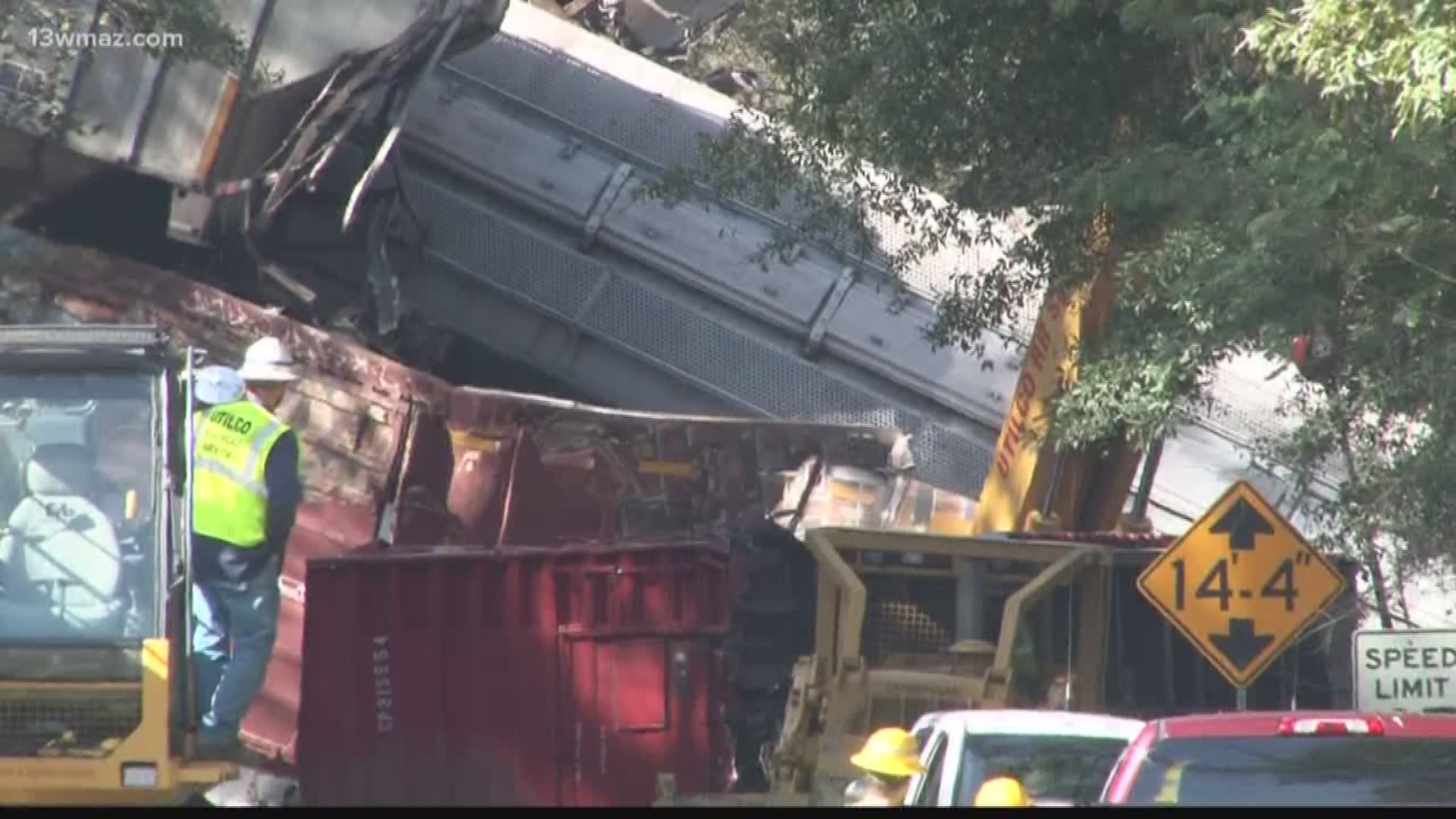 Over 100 employees from CSX, Utilco, the Dooly County Sheriff's Office and Fire Department worked together Sunday morning to help with ongoing cleanup efforts.

Dooly County Fire Chief Brett Walls says around 60 to 80 trains come through a day on that track.

Walls says people that were displaced in the Housing Authority are being compensated by CSX to stay in nearby hotels.

The Housing Authority still does not have power, but Georgia Power says they'll be able to get it back in in the next two hours.

There are still no reports on any propane leaks from the tanks the train cars were carrying.

Around 7 a.m. on Saturday, dozens of people in Byromville woke up to police officers knocking on their doors -- instructing them to leave their homes immediately after a train carrying propane tanks de-railed off a bridge.

It happened on Highway 90, causing piles of debris and about 30 train cars to come crashing to the ground.

Everyone within a half mile radius was told to 'get out'.

"We were running around yelling, 'oh my gosh,' then we had to rush to get out of the house and everything," said Skylar Towns.

Skylar Towns lives in a neighborhood off Highway 90, only about a stone's throw from the train tracks.

After Towns left, CSX Transportation sent in a Hazmat team to check the air for propane leaks. Luckily, they didn't find any.

"We're going to have to do bridge inspections. They have to redo this... could be a four or five day process that state highway could be shut down," said Dooly County Sheriff Craig Peavy.

Crews from CSX transportation, Georgia Power and the Georgia Department of Transportation began the 'heavy clean-up' Saturday afternoon while CSX continued to investigate the cause of the crash.

"It's something that will take time, especially with 31 rail cars that have been derailed, so we'll be here a while," said Peavy.

The people that evacuated were able to go back home after a few hours. However, the people living in the Housing Authority right next to the rail road tracks are without power.

Georgia Power had to cut down a few power lines for clean-up purposes. It could take a few days until they get power back on.

While crews work to clean up Highway 90, GDOT says a detour is set in place.

The detour will be in place for at least a few weeks.