Cliffard Whitby celebrates after being acquitted on federal bribery charges

A federal jury deliberated less than three hours Tuesday before acquitting a Macon businessman and Florida attorney of bribery and money laundering charges. 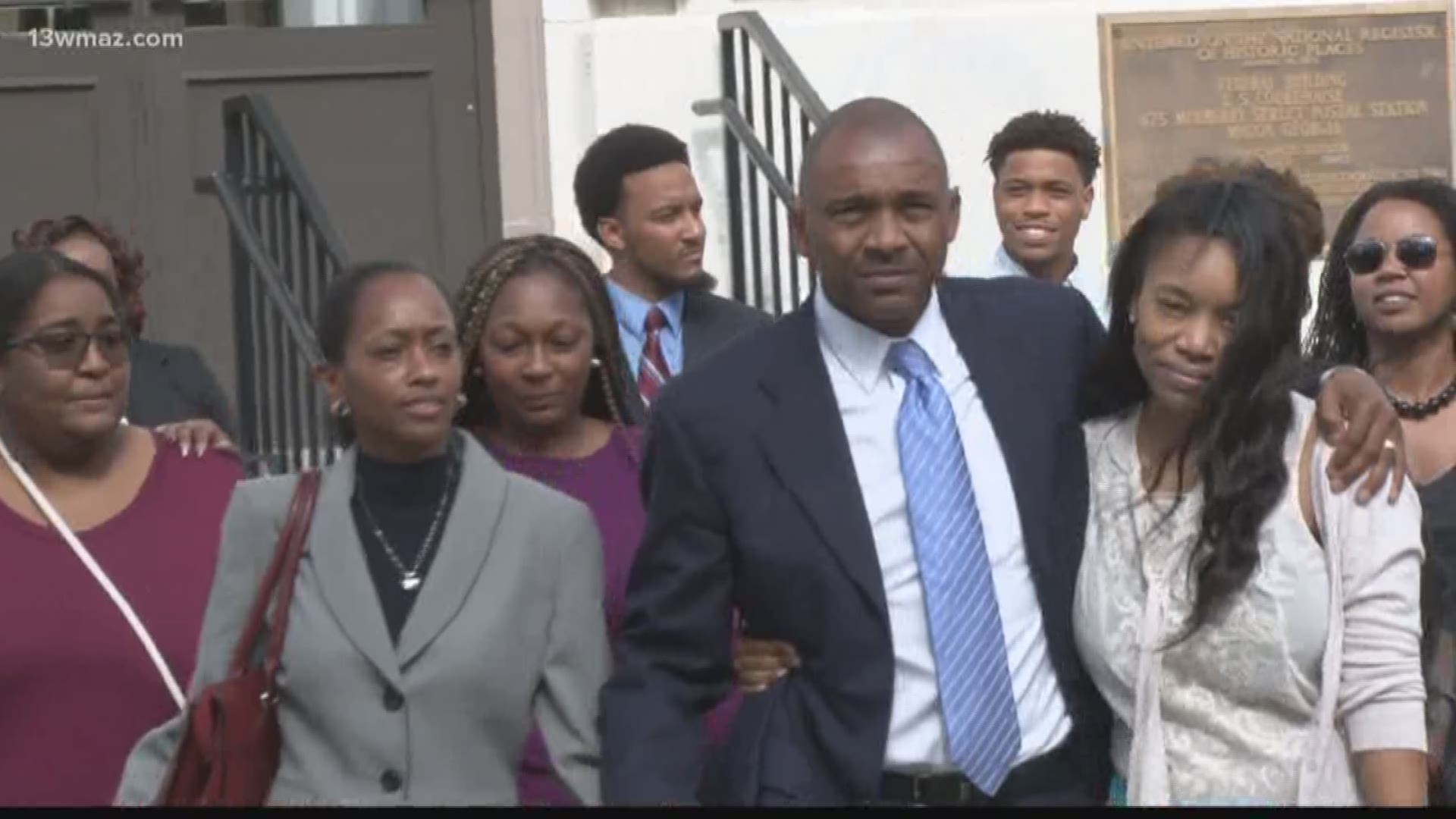 A Macon business man accused of bribery, conspiracy and money laundering was found not guilty on all counts.

Cliffard Whitby left federal court a free man after the verdict, hugging his wife and daughter.

A federal jury deliberated for less than three hours, handing down their verdict just after 3 p.m.

Whitby, sitting on the front row in the federal courtroom along with defense lawyers and Knowles, reached behind the bench to hold his wife's hand as the clerk began reading the jury's findings on each count of the indictment.

Several Whitby supporters, including former Macon City Councilman Alveno Ross, sat on the benches behind the defense table. With tears streaming down her cheek, a delighted Whitby supporter shouted, "Thank you, Jesus," when the third not-guilty verdict was announced.

Knowles and Whitby would've faced up to 10 years in federal prison plus fines if they had been convicted.

In exchange, they say Dallemand agreed to provide school support to the Promise Neighborhood, a development program headed by Whitby.

Prosecutors also prosecutors played a secret recording of the two men apparently discussing bribe money. But defense lawyers argued that the tape was inaudible and that it wasn't clear that they were discussing anything illegal.

They also called Dallemand a crook who schemed to fatten his own wallet and blamed Whitby when he got caught.

Tuesday afternoon, Whitby celebrated outside the courtroom with family and friends.

"I want to thank the judge, who I think done a tremendous job of keeping this fair and balanced, and the prosecutors who think they were doing the right thing, and in the end the jury did not drink the Kool-Aid. Thank you very much."

He also broke down thanking his lawyers: "I'd like to thank God for giving us the strength as a family to get through this process... second, I want to thank this great, great legal team, led by Nick Litito (and) our local counsel Brian Gerard."

Lotito, an Atlanta lawyer who was Whitby's lead attorney, said he was delighted with the outcome of the 12-day trial.

"This was a very uplifting moment," Lotito said. "We're lucky we have the justice system we have. Mr. Whitby has done a lot for Macon and I hope he continues to do so."

Whitby resigned as chairman of Macon-Bibb County's Industrial Authority after being indicted in the bribery case last year.

He was charged with conspiracy, five counts of paying bribes and money laundering.

Dallemand still faces up to three years in federal prison on those tax fraud charges. He agreed to cooperate with federal investigators, and prosecutors in Florida delayed his sentencing until he finished testifying in Whitby's case and another trial this summer.

The Bibb County School District still has a multi-million dollar civil suit pending against Whitby, Dallemand, and others, accusing them of defrauding the district.